The Øst Frigg field was proven in reservoir rocks from the Eocene (the Frigg Formation) in 1973. Well 25/2-1 proved a 56-metre gas column and a 7-metre oil column.

The Plan for Development and Operation (PDO) was approved in 1984 and the field produced gas from 1988 to 1997. The oil column was too small to be recovered at that point in time.

The objective of well 25/2-23 A was to investigate the remaining oil potential in the shut down Øst Frigg field.

Preliminary resource estimates for Øst Frigg Alfa are between 0.1 and 1.1 million Sm3 of recoverable oil. Work is ongoing to evaluate the remaining oil potential throughout the entire Øst Frigg field.

The objective of well 25/2-23 S was to prove petroleum in rocks from the Middle Jurassic Age (the Tarbert Formation).

Well 25/2-23 S encountered around 187 metres of the Tarbert Formation, of which 75 metres are sandstone rocks with moderate reservoir quality. The well is dry.

The wells were not formation-tested, but data acquisition has been carried out.

These are the first and second exploration wells in production licence 873. The licence was awarded in APA 2016.

Water depth at the site is 108 metres. The wells have been plugged and abandoned.

The wells were drilled by the Deepsea Nordkapp drilling facility, which will now drill a pilot well on shallow gas in production licence 028 B in the North Sea, where Aker BP ASA is the operator. 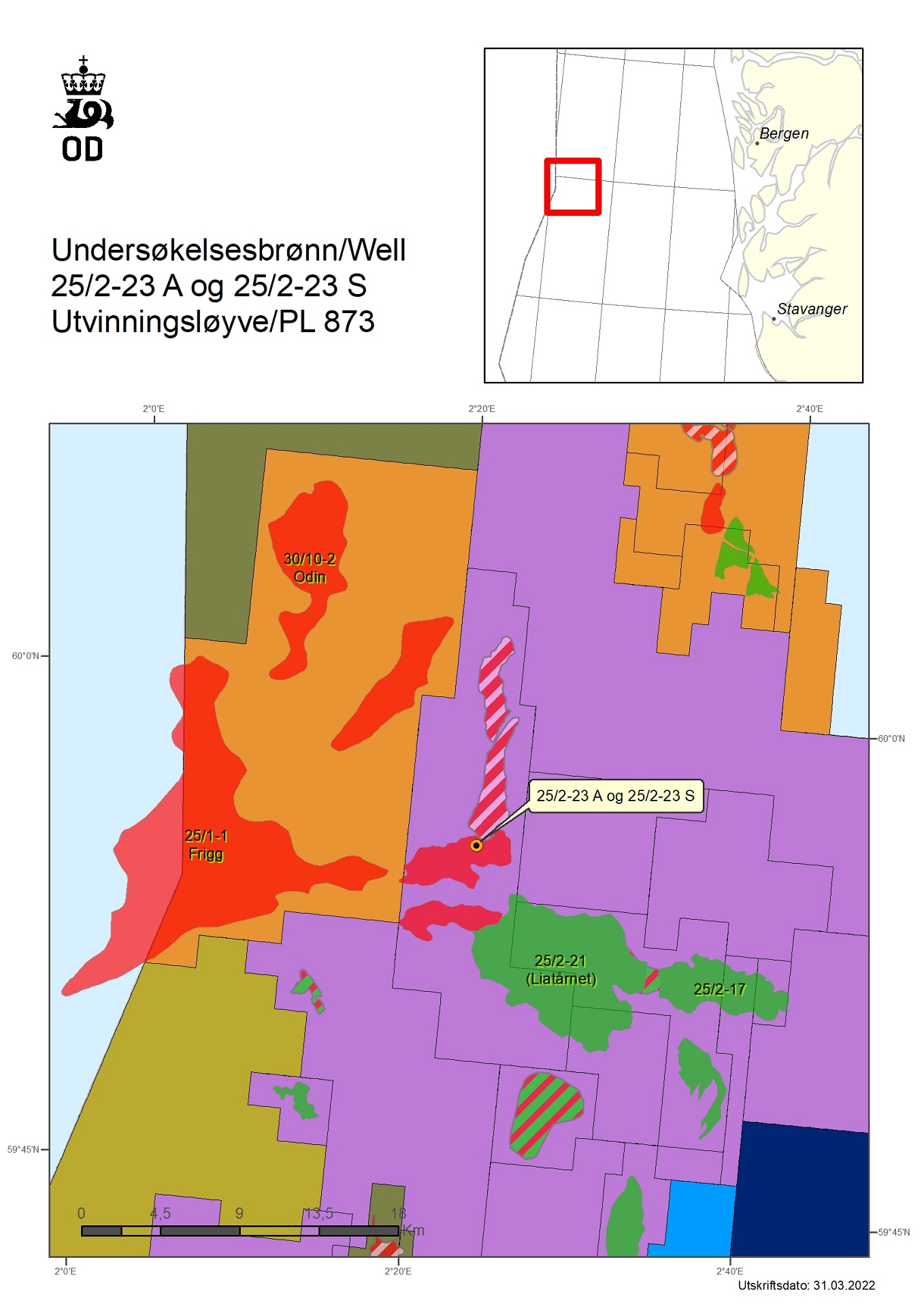