The well has been drilled about 72 km east of the Ormen Lange field in the Norwegian Sea and 55 km northwest of Kristiansund.

The well encountered 152 metres of sandstone, 73 metres of which were presumably in the Rogn Formation from the Upper Jurassic Age, with good to very good reservoir quality.

The sequence under the Rogn Formation consists of sandstones of unknown age, 25 metres of which with moderate reservoir quality.

In the secondary exploration target, the well encountered about 76 metres of tight basement rock.

The well is dry, with no traces of petroleum. Data acquisition has been performed.

This is the first exploration well in production licence 886, which was awarded in APA 2016.

Well 6306/9-1 was drilled to a vertical depth of 1025 metres below sea level, and was terminated in basement rock.

Water depth at the site is 228 metres. The well will be permanently plugged and abandoned.

Well 6306/9-1 was drilled by the Deepsea Stavanger drilling facility, which will now commence a stay at the shipyard in Bergen. 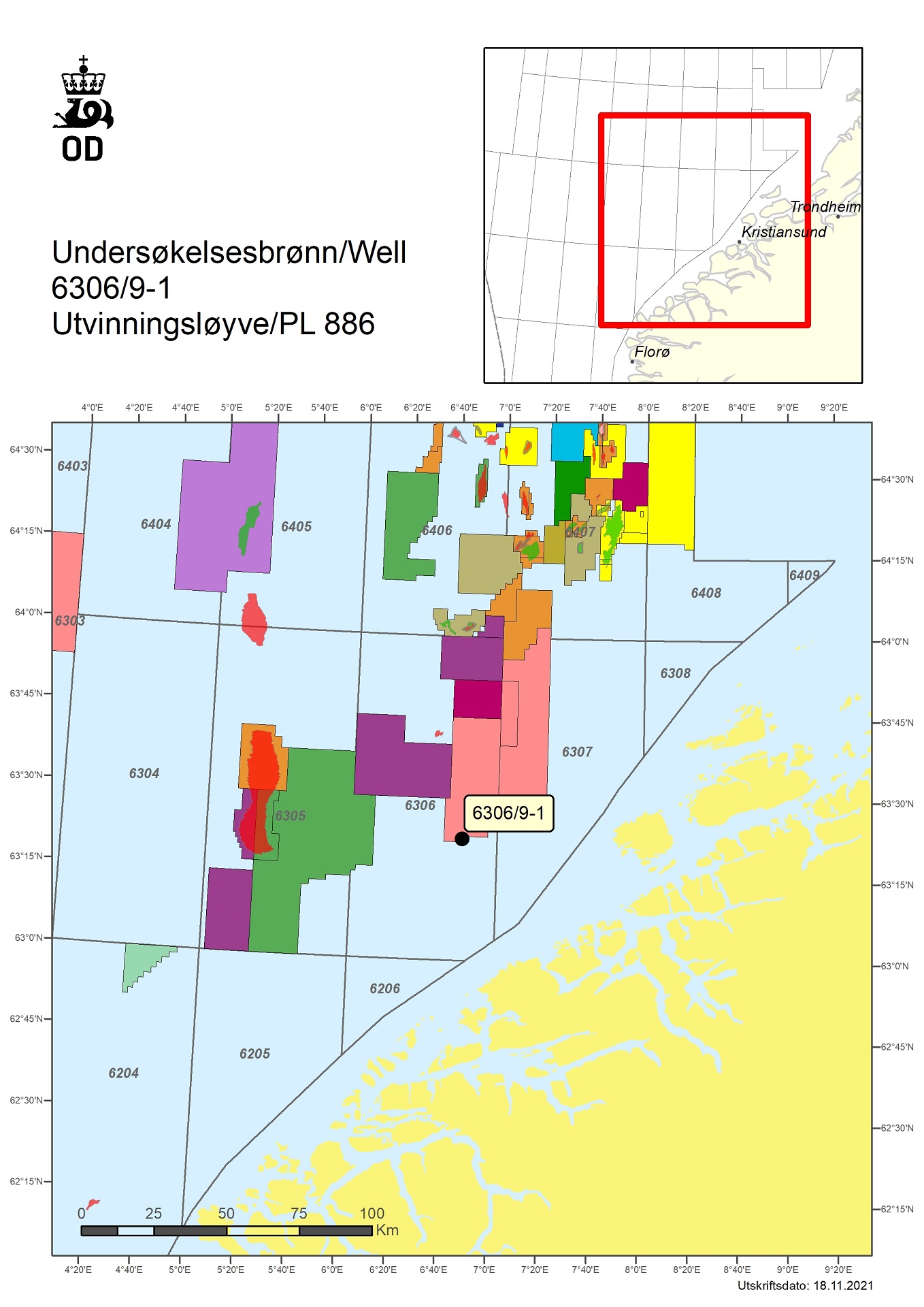