The well was drilled about 30 kilometres south of the Fenja field in the Norwegian Sea and 85 kilometres northwest of Kristiansund.

The objective of the well was to prove petroleum in the Rogn Formation in the Upper Jurassic.

The well encountered sandstone totalling about 40 metres in the Rogn Formation with moderate to very good reservoir quality. Reservoir rocks of unknown age were also encountered under the Rogn Formation, consisting of sandstone and conglomerate totalling about 85 metres with poor to very good reservoir quality.

The well is dry with traces of petroleum in the upper part of the Rogn Formation.

This is the first exploration well in production licence 935. The licence was awarded in APA 2017.

Well 6306/3-2 was drilled to a vertical depth of 1766 metres below sea level and was terminated in basement rock.

The water depth is 214 metres. The well will now be permanently plugged and abandoned.

Well 6306/3-2 was drilled by the Transocean Norge drilling facility, which will now drill wildcat well 25/7-10 in production licence 782 S in the North Sea, where ConocoPhillips Skandinavia AS is the operator. 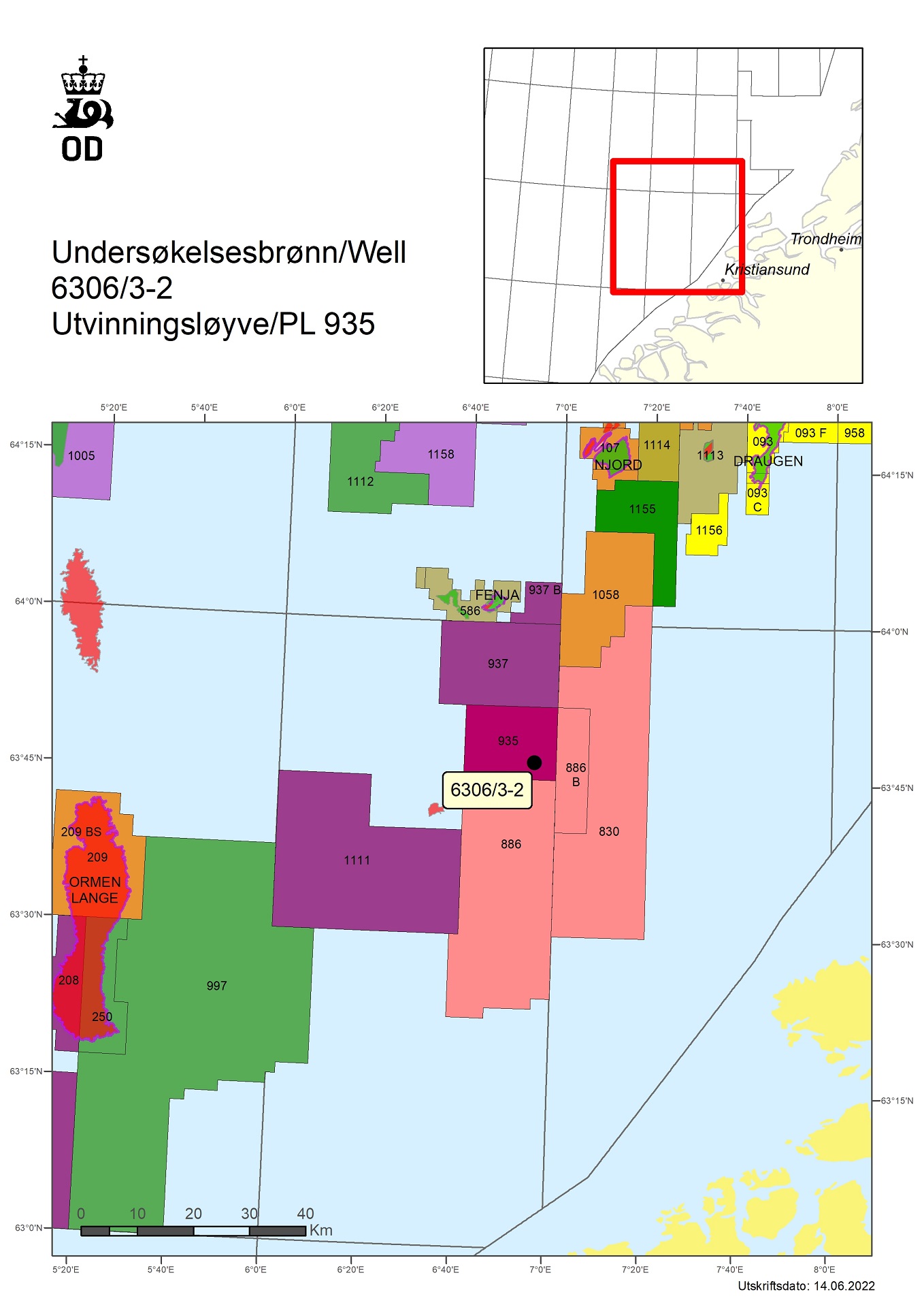 06/01/2023 The Norwegian Petroleum Directorate (NPD) has awarded contracts to the companies Fugro and Enviros for mapping of the shallowest strata under the seabed.
Contact
Bjørn Rasen