Dry well near the Norne field in the Norwegian Sea

The objective of the well was to prove petroleum in Cretaceous reservoir rocks in the Lange and Lysing Formations, as well as to evaluate reservoir properties.

The well encountered reservoir rocks of about 67 metres thickness in the Cromer Knoll Group, consisting of sandstones with interbedded silt- and claystones with poor to no reservoir quality.

The well is classified as dry, with traces of gas.

The well was not formation-tested, but extensive data collection has been performed.

This is the first exploration well in production licence 943. The licence was awarded in APA 2017.

Well 6607/12-5 was drilled to a vertical depth of 3861 metres below sea level. The well was terminated in the Lange Formation in the Early Cretaceous.

Water depth at the site is 370 metres. The well will now be permanently plugged and abandoned.

Well 6607/12-5 was drilled by the Deepsea Stavanger drilling facility, which will now drill wildcat well 6507/8-11 S in production licence 124 in the Norwegian Sea, where Equinor Energy AS is the operator. 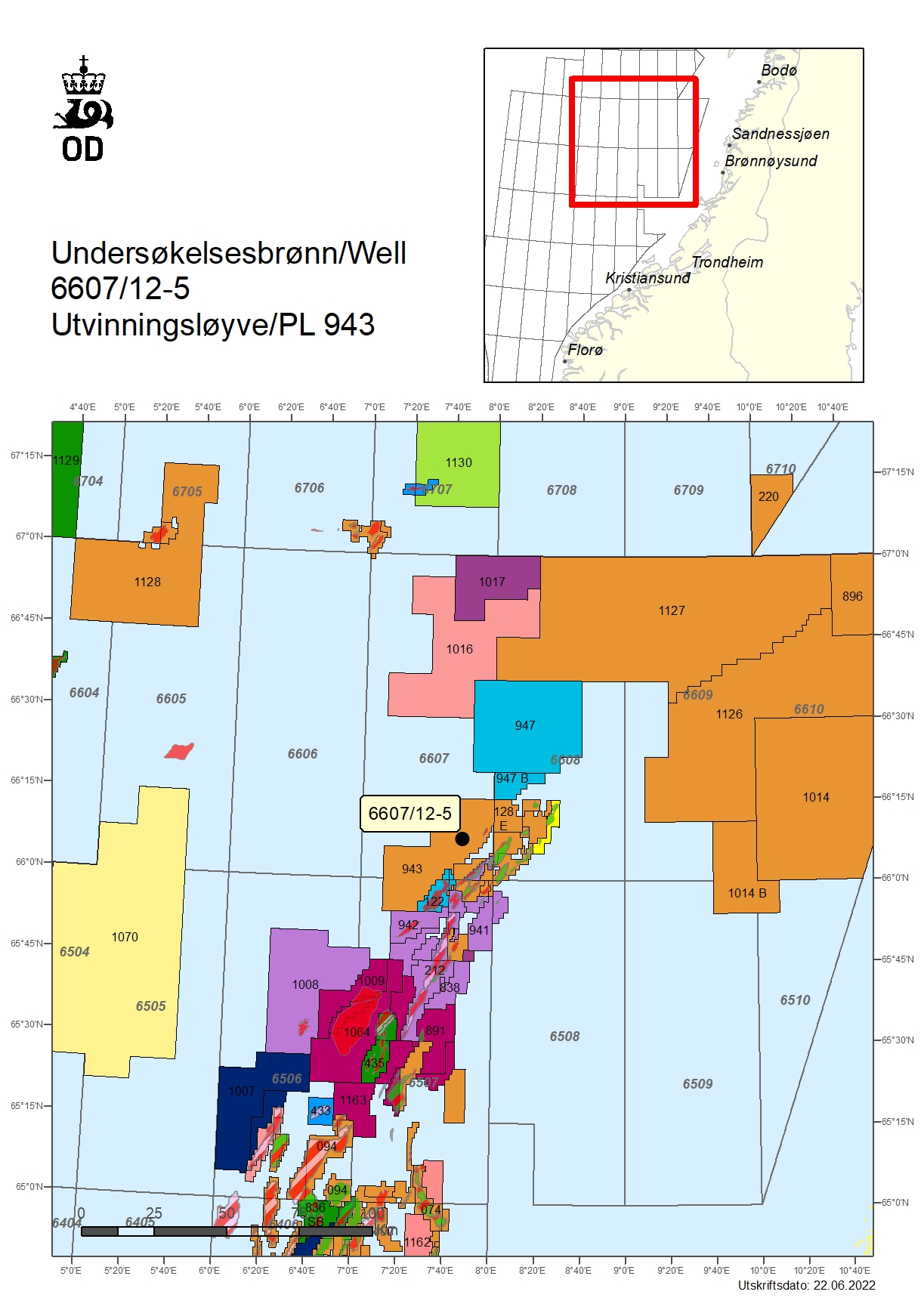