The objective of the well was to prove petroleum in Middle Jurassic reservoir rocks (the Brent Group).

The well encountered about 120 metres of sandstone with poor reservoir quality in the Tarbert, Ness and Etive formations.

In addition, about 75 metres of sandstone were encountered with poor reservoir quality in the Oseberg Formation.

The well is dry with traces of petroleum in all exploration targets.

This is the first exploration well in production licence 1104. The licence was awarded in APA 2021.

Well 30/3-11 S was drilled to a vertical depth of 4593 metres below sea level, and was terminated in the Drake Formation in the Middle Jurassic.

Water depth at the site is 185 metres. The well has been permanently plugged and abandoned.

Well 30/3-11 S was drilled by the Deepsea Stavanger drilling facility. The rig is now moving on to drill wildcat well 6607/12-5 in production licence 943 in the Norwegian Sea, where Equinor Energy AS is the operator. 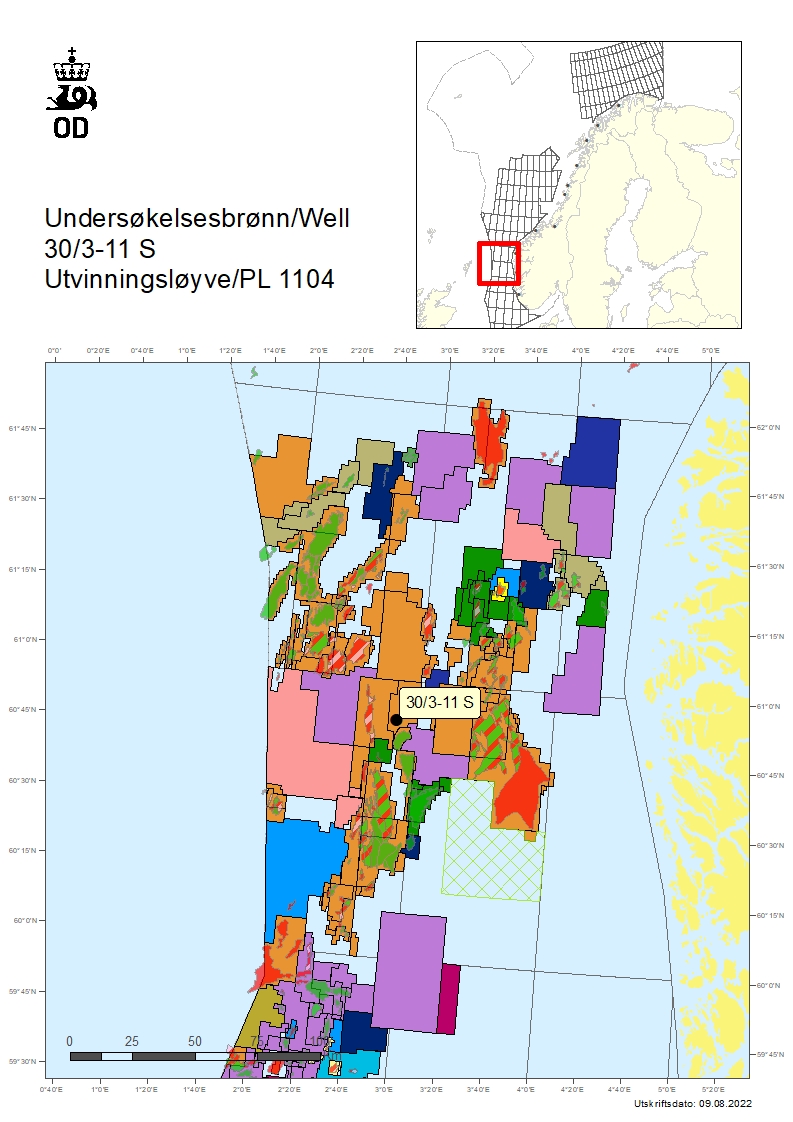