The well was drilled about 7 kilometres north-west of the Snorre field in the North Sea and 160 kilometres west of Florø.

The objective of the well was to prove petroleum in reservoir rocks from the Late Triassic-Early Jurassic (the Statfjord Group).

The well encountered about 24 metres of sandstone rocks in the Eiriksson Formation (the Statfjord Group) from the Early Jurassic with good reservoir quality.

The well also encountered about 25 metres of sandstone rocks in the Raude Formation (the Statfjord Group) from the Late Triassic, with moderate to good reservoir quality.

The well is dry, with no traces of hydrocarbons. Data acquisition was carried out.

This is the 14th exploration well in production licence 057. This licence was awarded in 1979 in the 4th licensing round.

Well 34/4-18 S was drilled to vertical and measured depths of 2963 and 3015 meters, respectively, below sea level, and was terminated in the Raude Formation from the Late Triassic.

The water depth is 360 metres. The well has been permanently plugged and abandoned.

Well 34/4-18 S was drilled by the Deepsea Stavanger drilling facility, which is moving on to drill wildcat well 35/10-8 S in production licence 293 B in the North Sea, where Equinor Energy AS is the operator. 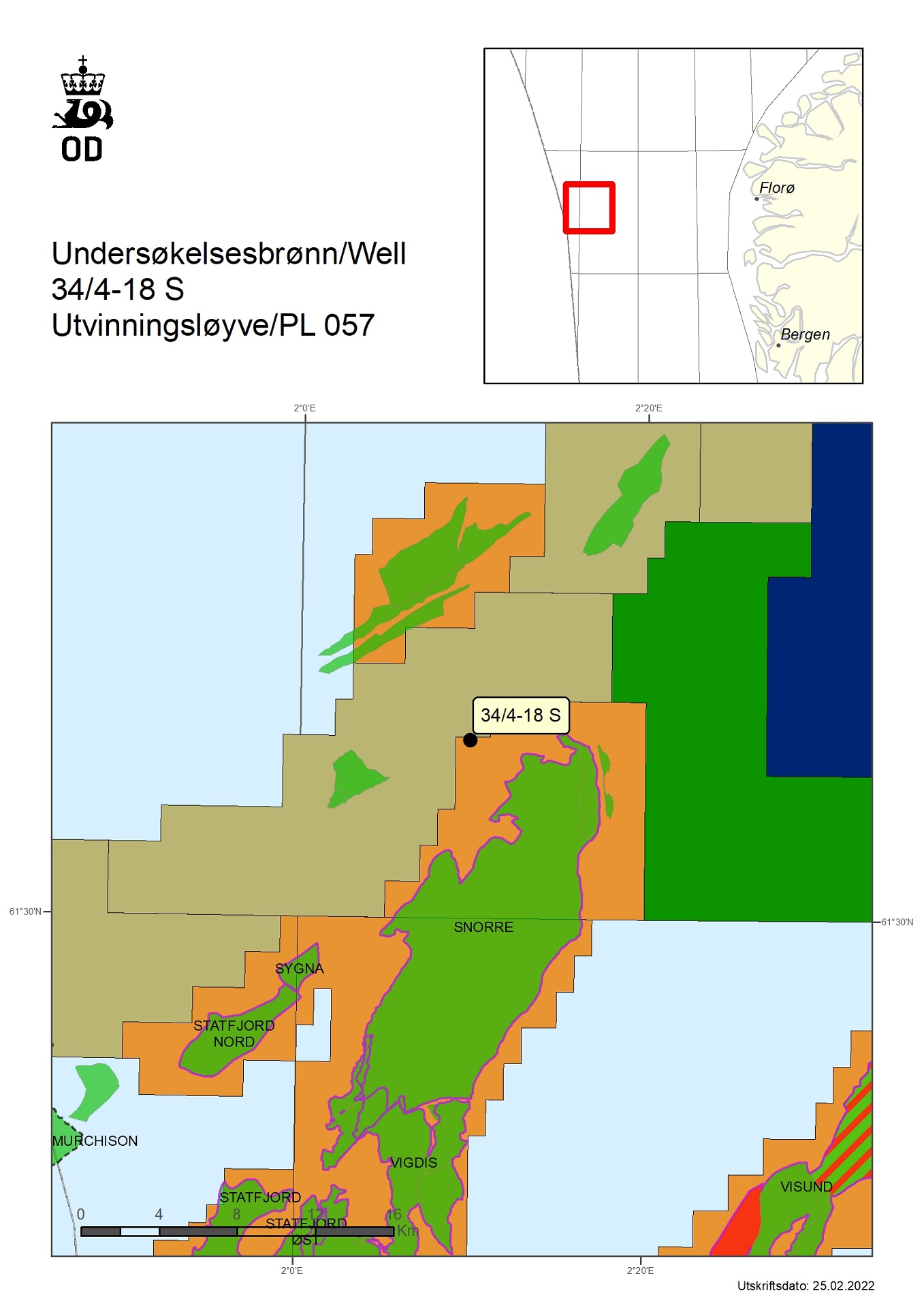