The objective of the well was to prove petroleum in Middle Jurassic reservoir rocks in the Krossfjord Formation.

Data acquisition has been carried out. This is the second exploration well in production licence 885, which was awarded in APA 2016. Well 36/1-4 S was drilled to a vertical depth of 3224 metres below sea level and was terminated in basement rock.

Water depth at the site is 211 metres. The well will be permanently plugged and abandoned.

Well 36/1-4 S was drilled by the Borgland Dolphin drilling facility, which will now proceed to Fedafjorden. 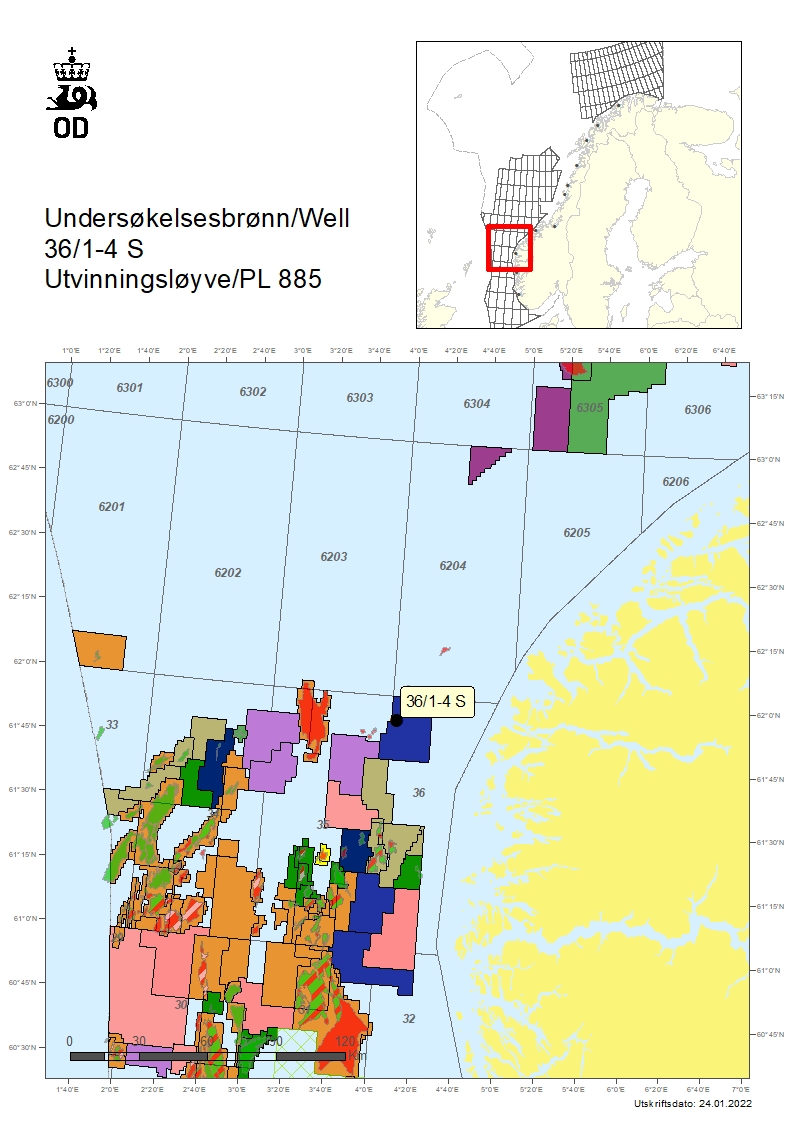