The well was drilled about 17 kilometres north of the Heidrun field in the Norwegian Sea and 240 kilometres west of Sandnessjøen.

The objective of the well was to prove petroleum in Lower Jurassic and Triassic reservoir rocks in the Åre Formation and Grey Beds.

The well encountered reservoir rocks in the Åre Formation and in Grey Beds, of which there were sandstone layers totalling 206 meters with good reservoir quality. Weak traces of petroleum were encountered.

The well is classified as dry.

Extensive data acquisition and sampling have been conducted.

This is the ninth exploration well in production licence 124, which was awarded in 1986.

Well 6507/8-11 S was drilled to a vertical depth of 2492 metres below sea level and was terminated in the Red Beds from the Triassic.

Water depth at the site is 290 metres. The well has been permanently plugged and abandoned.

Well 6507/8-11 S was drilled by the Deepsea Stavanger drilling facility, which will now drill wildcat well 6605/1-2 S in production licence 1128 in the Norwegian Sea, where Equinor Energy AS is the operator. 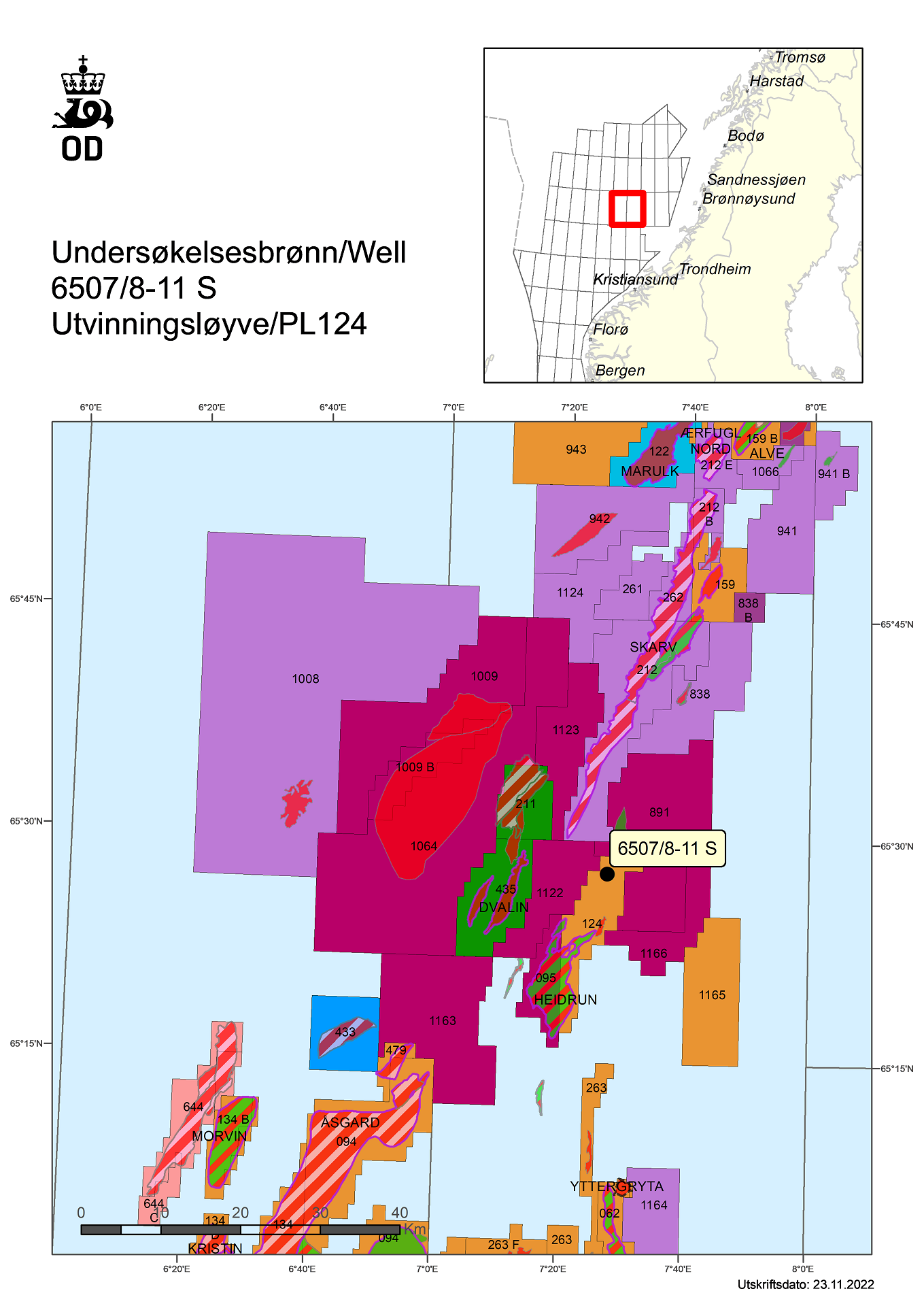