Gas/condensate discovery near the Oseberg field in the North Sea

The objective of appraisal well 30/5-4 A was to conduct a formation test in the Tarbert Formation.

Well 30/5-4 S encountered a gas/condensate column of about 100 metres in the Tarbert Formation, which has a total thickness of 200 metres, and sandstone layers totalling 96 metres, with poor reservoir quality. The gas/water contact was not encountered.

Well 30/5-4 A encountered a gas/condensate column of about 90 metres in the Tarbert Formation. A total of 150 metres of the formation was drilled, with sandstone layers totalling 90 metres with poor reservoir quality. The gas/water contact was not encountered.

The Ness Formation is dry, with traces of petroleum.

Preliminary estimates place the size of the discovery between 1.5 and 6.5 million Sm3 of recoverable oil equivalent. The licensees will assess the discovery with a view toward further follow-up.

Extensive data acquisition and sampling have been conducted in the wells, including a successful formation test in 30/5-4 A. The average production rate from the formation test in the Tarbert Formation was around 60,000 Sm3 of gas and 45 Sm3 of condensate per flow day through a 10/64-inch nozzle opening.

These are the first two exploration wells in production licence 1100, which was awarded in APA 2020.

Water depth at the site is 95 metres. The wells will now be permanently plugged and abandoned.

Wells 30/5-4 S and 30/5-4 A were drilled by the Nobel Intrepid drilling facility, which will now proceed on to Scotland. 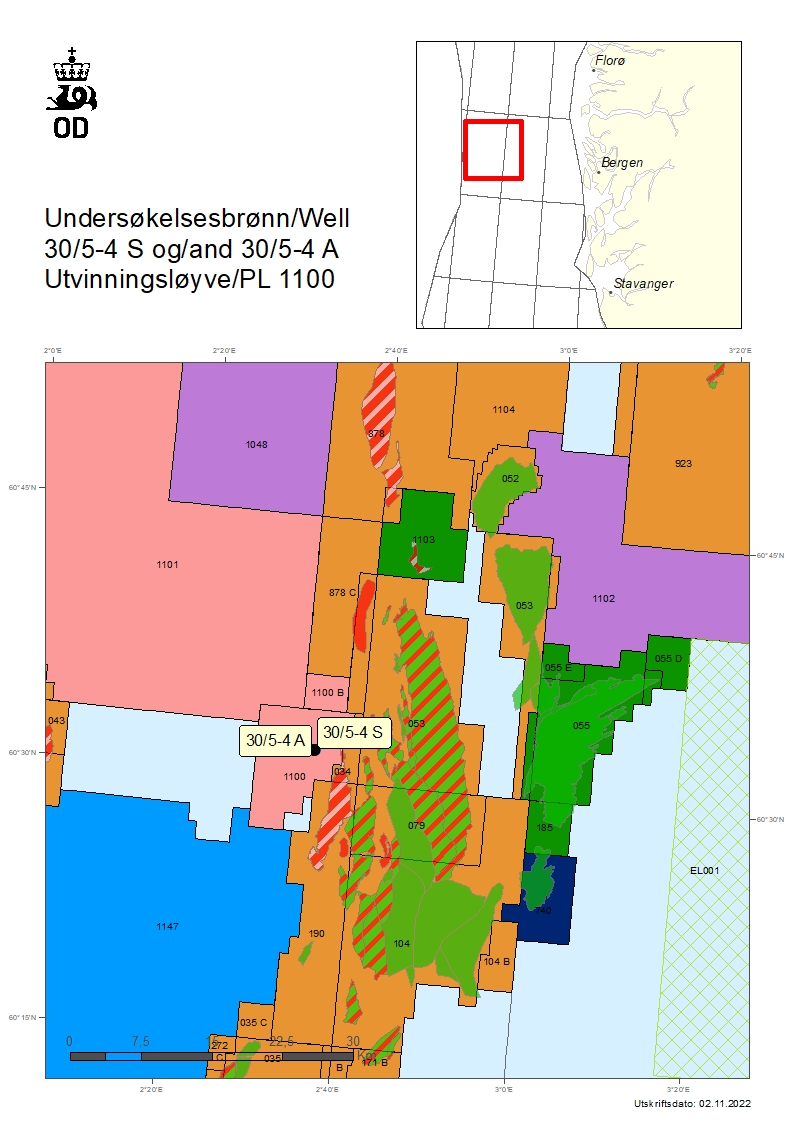