The well was drilled about 10 kilometres north of the Valhall field in the Norwegian Sea, and 270 kilometres southwest of Lista.

In the secondary exploration target, the well encountered a 15-metre gas column in a sandstone reservoir. The reservoir totalled 68 metres, and reservoir quality varied from good (top) to poor (bottom). The gas/water contact was proven at a depth of 563 metres below sea level.

Preliminary estimates place the size of the discovery between 0.6 and 1.9 million Sm3 of recoverable oil equivalent. The licensees will assess the discovery as regards potential further delineation.

This is the first exploration well in production licence 1085. The licence was awarded in APA 2020.

Well 2/8-19 was drilled to a vertical depth of 806 metres below sea level and was terminated in the Nordland Group in the Pliocene.

Water depth at the site is 69 metres. The well has been permanently plugged and abandoned.

Well 2/8-19 was drilled by the Maersk Invincible drilling facility, which is now headed to Denmark for classification. 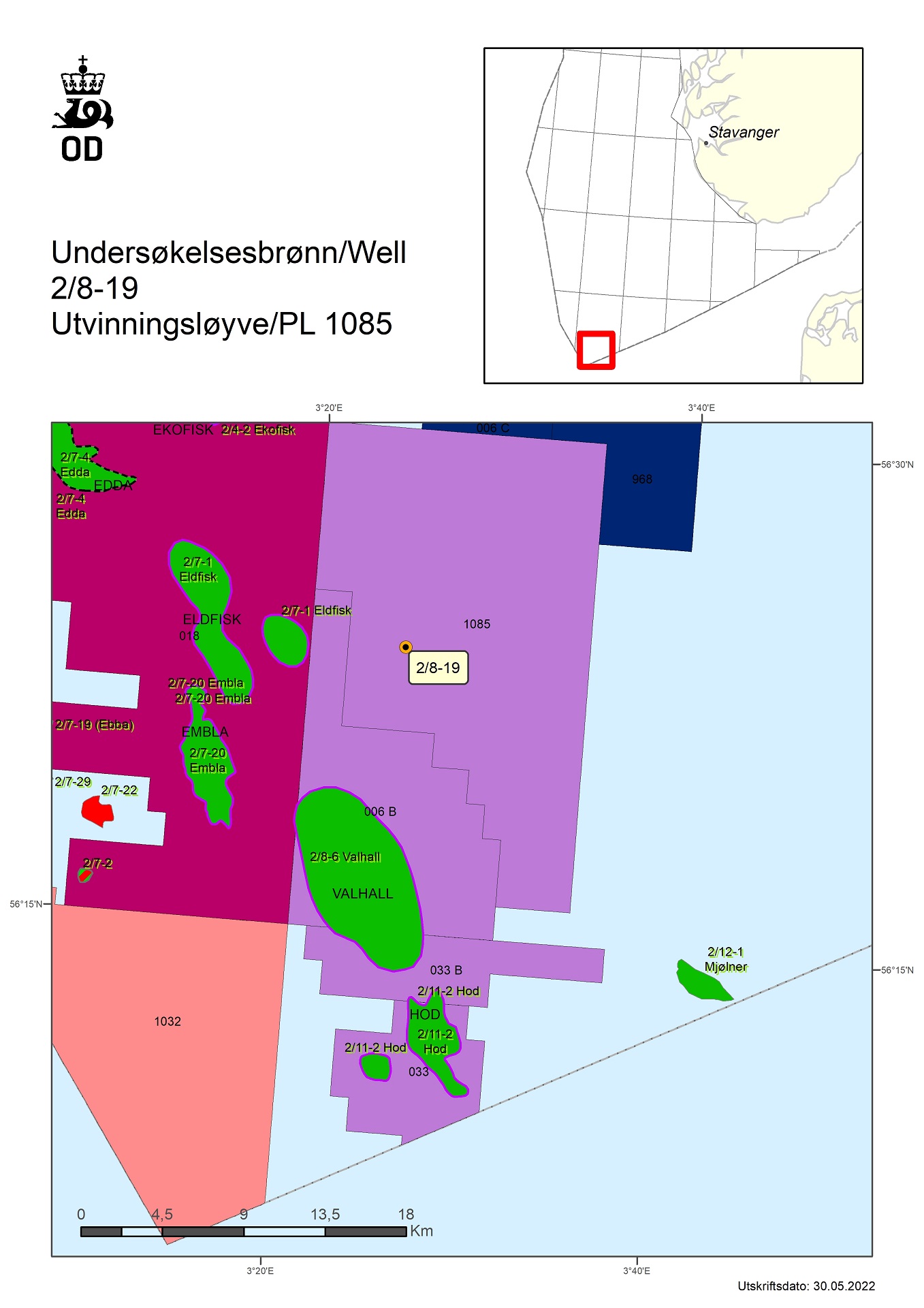