New oil and gas discovery near the Troll and Fram field

11/04/2022 Equinor Energy AS, operator of production licence 293 B, has concluded the drilling of wildcat well 35/10-8 S. The well was drilled about 15 kilometres west of the Fram field in the North Sea and 140 kilometres northwest of Bergen.

The preliminary calculation of the size of the discovery is between 4 and 8 million Sm3 of recoverable oil equivalent. The licensees consider the discovery to be commercial and will assess development solutions in connection with existing infrastructure.

Well 35/10-8 S also encountered a 3-metre thick sandstone layer in the Lista Formation with an indication of oil, and traces of petroleum in sandstone in the Jorsalfare Formation.

This is the first exploration well in production licence 293 B, which was awarded in NSA 2002.

Well 35/10-8 S was drilled to a vertical depth of 2078 metres below sea level. The well was terminated in the Jorsalfare Formation in the Upper Cretaceous.

Water depth is 362 metres. The well was permanently plugged and abandoned.

Well 35/10-8 S was drilled by the Deepsea Stavanger drilling facility, which is now moving on to drill wildcat well 34/9-1 S in production licence 1049 in the northern part of the North Sea, where Equinor Energy AS is the operator. 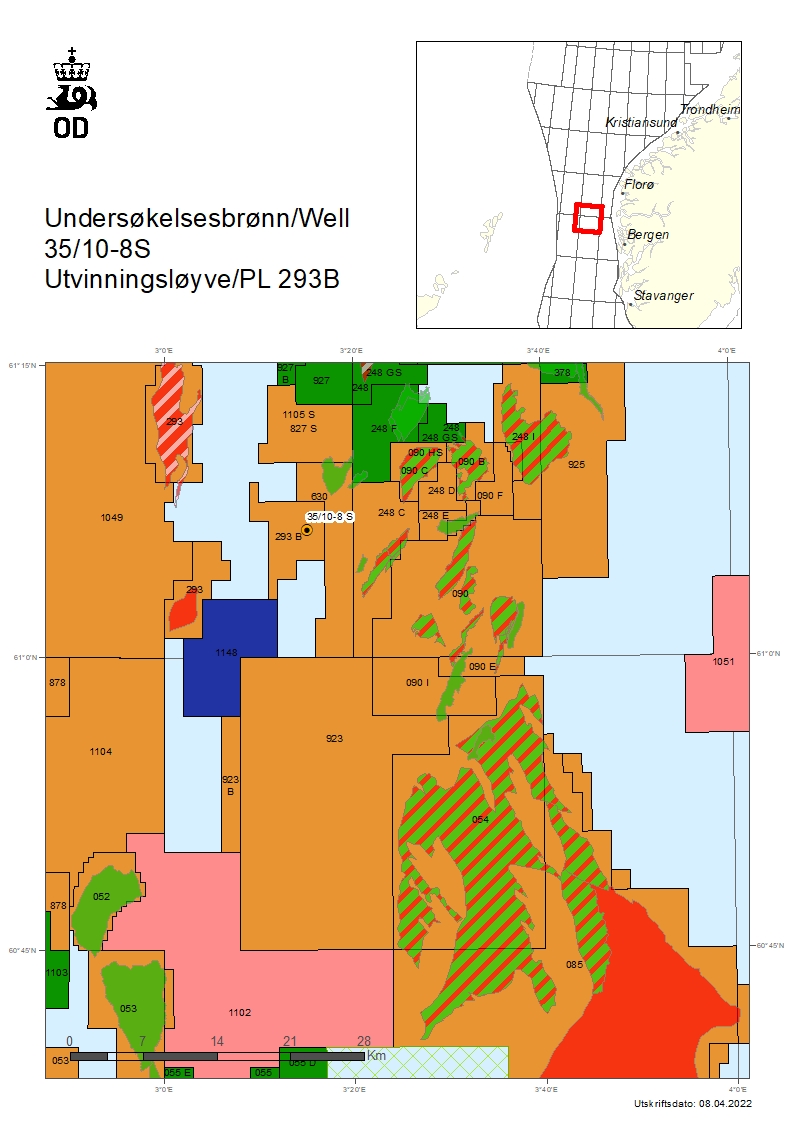 27/10/2022 The impact assessment in connection with the opening process for seabed mineral activities is now being put forward for consultation, with a deadline for responses of 27 January 2023.
Contact
Bjørn Rasen