The well was drilled about 14 km northeast of the Skarv field in the Norwegian Sea and 220 kilometres west of Sandnessjøen.

The primary exploration target for the well was to prove petroleum in reservoir rocks from the Middle Jurassic (the Fangst Group).

The secondary exploration target was to prove petroleum in reservoir rocks from the Lower Jurassic (the Båt Group).

Well 6507/3-15 encountered an oil and gas column totalling about 115 metres in the Fangst and Båt groups, 40 metres of which was in sandstone layers with good reservoir quality in the primary exploration target in the Fangst Group, and about 55 metres in sandstone layers with moderate to good reservoir quality in the secondary exploration target in the Båt Group.

There was an additional approx. 100 metres of sandstone layers in the Båt Group with moderate to good reservoir quality. The respective gas/oil and oil/water contacts were encountered at 1980 metres and 2021 metres below sea level.

Preliminary estimates place the size of the discovery between 1.7 and 5.7 million standard cubic metres (Sm3) of recoverable oil equivalent. The licensees in production licence 941 will consider producing the discovery via the Skarv field.

This is the first well in production licence 941. The licence was awarded in APA 2017.

Well 6507/3-15 was drilled to a vertical depth of 2197 metres below sea level and was terminated in the Åre Formation in the Lower Jurassic.

The water depth is 348 metres. The well will now be permanently plugged and abandoned.

Well 6507/3-15 was drilled by the Deepsea Nordkapp drilling facility, which is now moving on to drill wildcat well 6507/3-16 in production licence 941 in the Norwegian Sea, where Aker BP ASA is the operator. 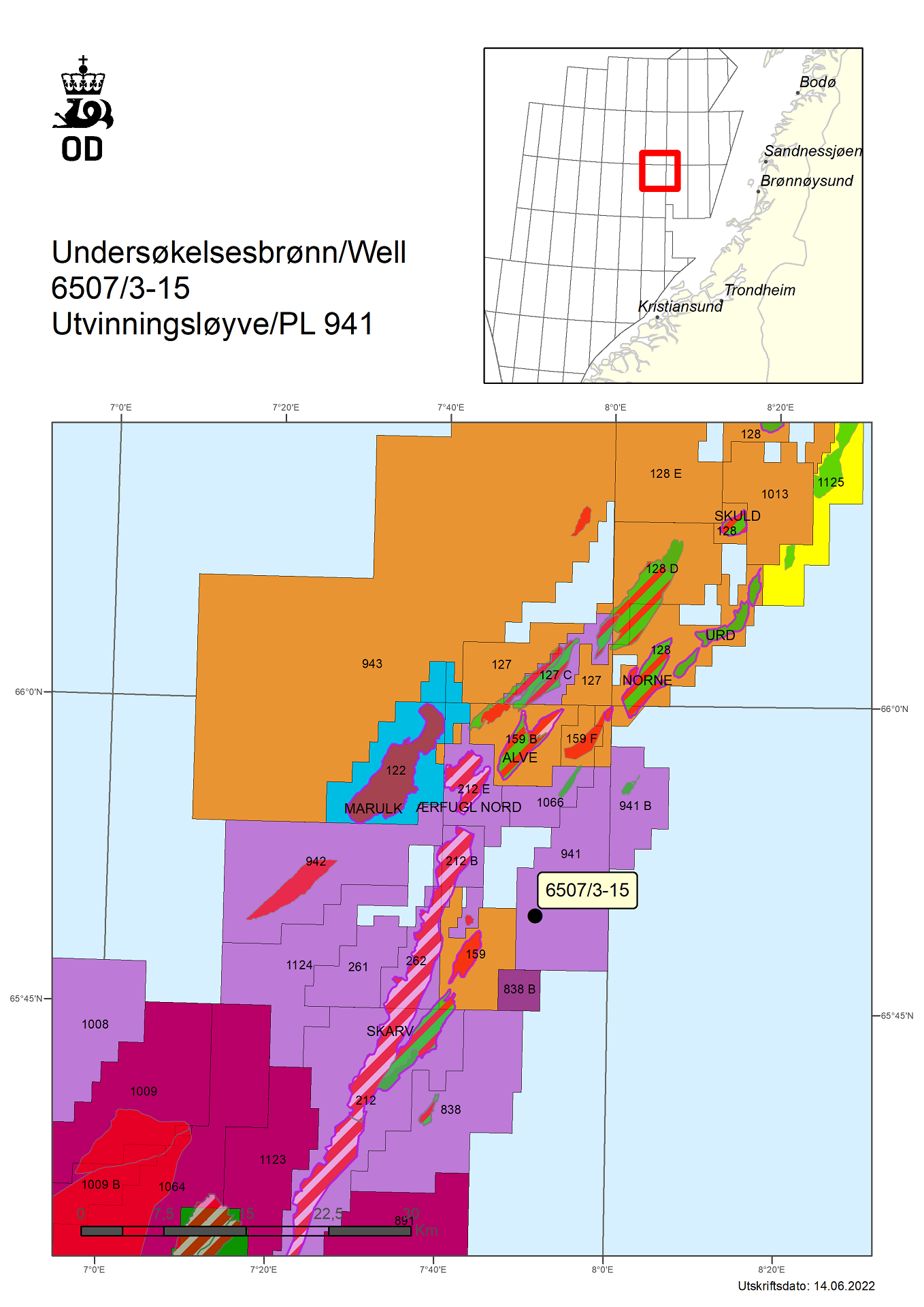 05/10/2022 Today, two companies have been offered exploration license for CO2 storage in an acreage in the Norwegian part of the North Sea.
Drilling permit for 16/2-23 S