The well was drilled about 14 kilometres north of the Gjøa field in the North Sea and 60 kilometres west of Florø.

The objective of the well was to prove petroleum in Lower Cretaceous reservoir rocks in the Agat Formation.

Well 35/6-3 S encountered a 73-metre oil column in the Agat Formation, which is a total of 140 metres thick with sandstone layers totalling 80 metres with moderate reservoir quality. The oil/water contact was encountered at 2639 metres.

Preliminary estimates place the size of the discovery between 2.5 and 6.2 million Sm3 of recoverable oil equivalent. The licensees will assess the discovery along with other discoveries/prospects in the vicinity with a view toward a possible development utilising existing infrastructure on the Gjøa field.

This is the first exploration well in production licence 929, which was awarded in APA 2017.

Well 35/6-3 S was drilled to a vertical depth of 2742 metres and a measured depth of 2966 metres below sea level, and was terminated in what is presumed to be basement rock.

The water depth is 344 metres, and the well will be permanently plugged and abandoned.

The well was drilled by the Deepsea Yantai drilling facility, which is now moving on to drill wildcat well 6608/1-1 S in production licence 1017 in the Norwegian Sea, where PGNiG Upstream Norway AS is the operator. 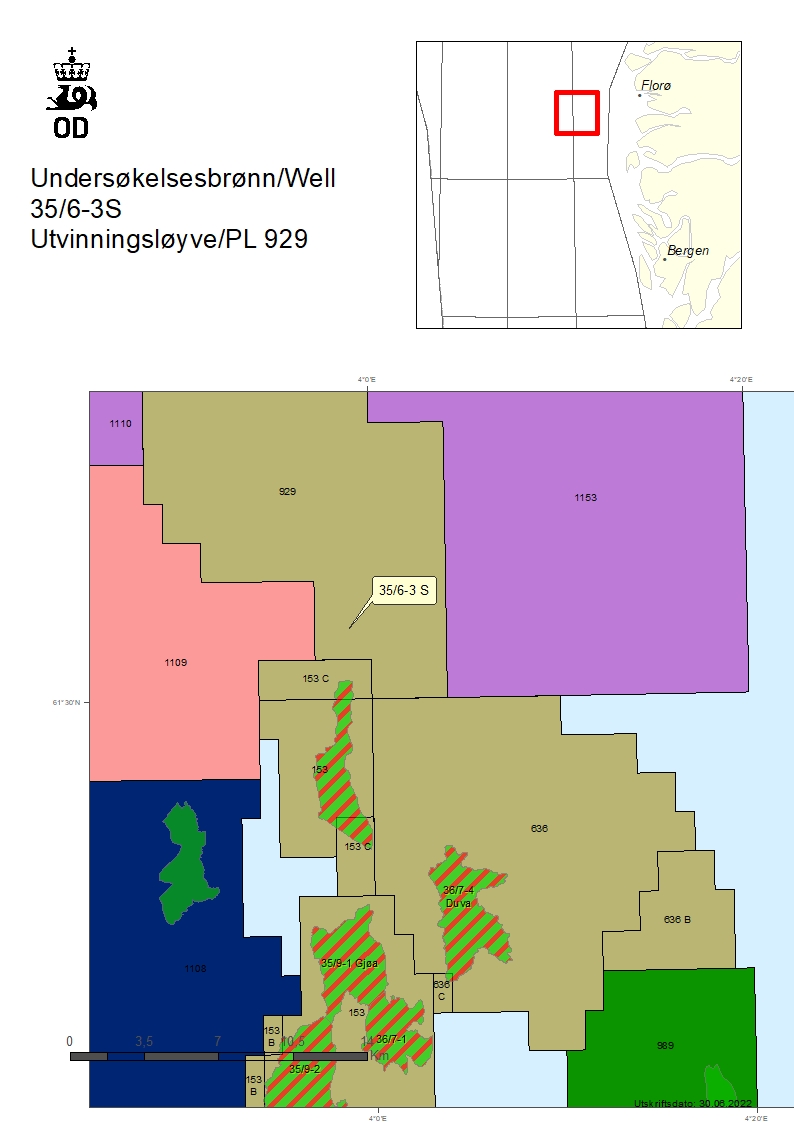