The well was drilled about 5 kilometres south-southeast of discovery well 7220/8-1 on the Johan Castberg field in the Barents Sea and 210 kilometres northwest of Hammerfest.

The objective of the well was to prove petroleum in reservoir rocks from the Early Jurassic and Late Triassic (Tubåen, Nordmela and Fruholmen formations).

The well encountered two oil columns in the Tubåen Formation of 81 and 13 metres in the upper and lower part of the formation, respectively, in sandstone totalling about 114 metres with very good reservoir quality. The deepest oil-water contact was encountered 921 metres below sea level.

In the Fruholmen Formation, the well encountered a 14-metre oil column, in about 81 metres of sandstone with medium to good reservoir quality. The oil-water contact was encountered 1071 metres below sea level.

Preliminary calculations indicate that the size of the discovery is between 6 and 8 million standard cubic metres (Sm3) of recoverable oil. The licensees will assess the discovery with a view toward a possible tie-in to the Johan Castberg field.

This is the 12th exploration well in production licence 532. This licence was awarded in the 20th licensing round in 2009.

The well was drilled to a vertical depth of 1269 metres below sea level, and was terminated in the Fruholmen Formation from the Late Triassic. The water depth is 350 metres. The well has now been permanently plugged and abandoned.

Well 7220/8-2 S was drilled by the Transocean Enabler drilling facility, which will now be moving 800 m further west in production licence 532 to drill wildcat well 7220/8-3. 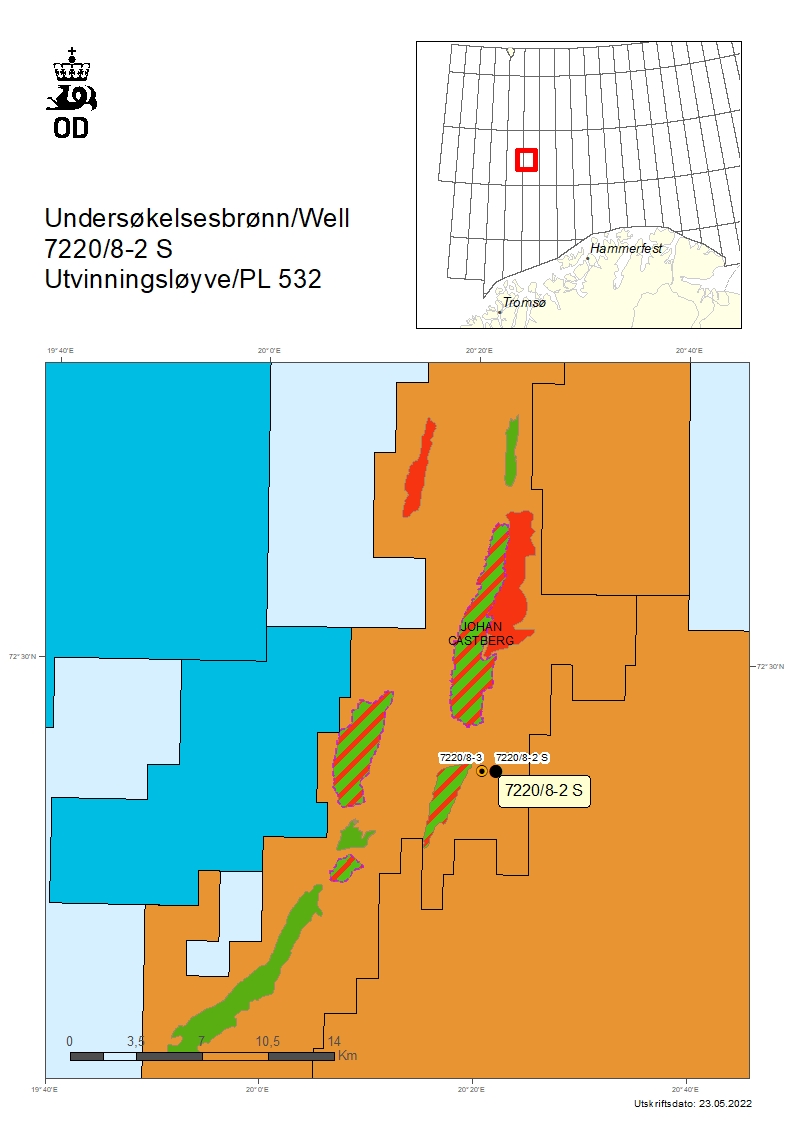 Inviting the industry to a new course

08/02/2023 The Norwegian model is founded on interaction and teamwork between the authorities and the oil and gas industry.
Drilling permit for well 25/4-15