The wells were drilled around 23 kilometres south of the Irpa field, which is currently being developed in the northern part of the Norwegian Sea, and 350 kilometres west of Sandnessjøen.

Well 6605/1-2 A proved a 12-metre gas column in the uppermost sandstone layer, with moderate to good reservoir quality. No gas/water contact was encountered. The deeper sandstone layers are water-bearing.

Preliminary estimates place the size of the discovery between 2 and 11 billion standard cubic metres (Sm3) of recoverable gas. The licensees will assess further delineation of the discovery and tie-in to the Irpa field.

The wells were not formation-tested, but extensive data collection and sampling have been carried out.

These are the first and second exploration wells in production licence 1128, which was awarded in APA 2020.

Wells 6605/1-2 S and 6605/1-2 A were drilled to respective vertical depths of 3330 metres and 3327 metres below sea level, and were terminated in the Springar Formation in the Upper Cretaceous.

Water depth at the site is 1190 metres. The wells have been permanently plugged and abandoned. 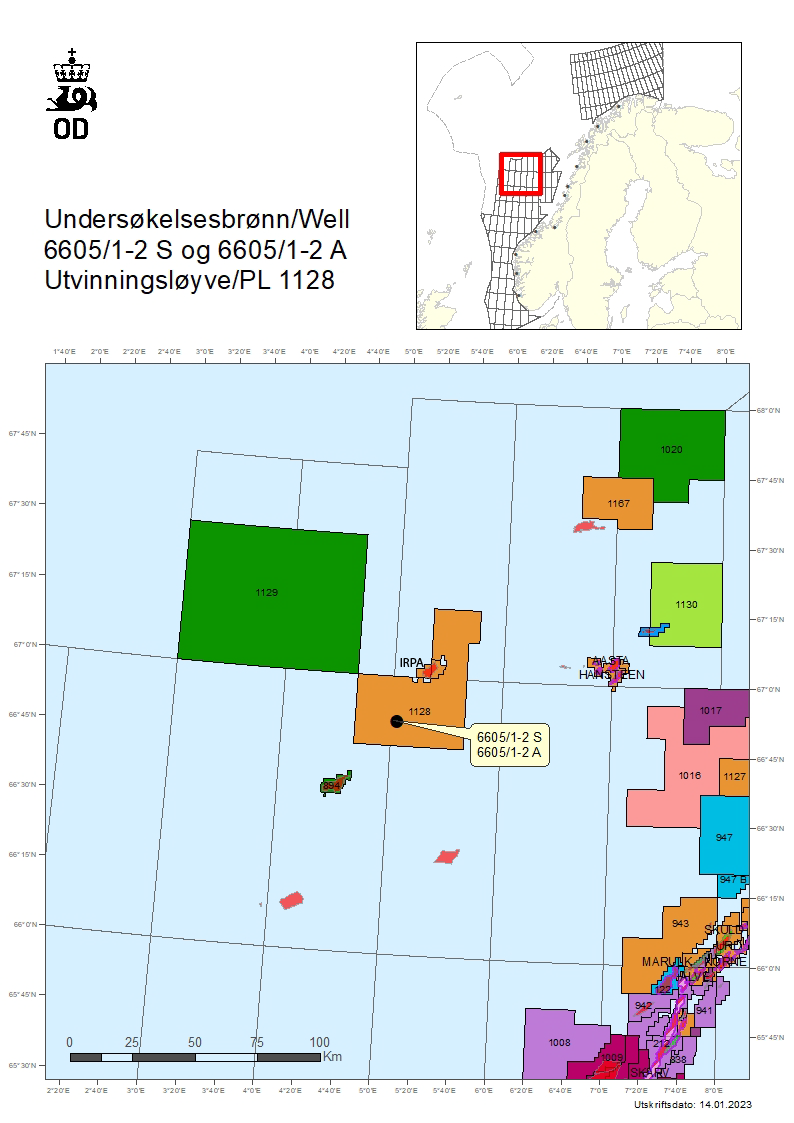