On 29 April 2020, the Government decided to implement a cut in Norwegian oil production. The production figures for oil in July include this cut of 134 000 barrels per day in the second half of 2020.

The Norwegian Petroleum Directorate’s oil production forecasts  have been updated in the Government’s proposed Revised National Budget for 2020. This was presented on 12 May.

The update takes the authorities’ oil production regulation into account, as well as delayed start-up of fields under development and oil production in the first quarter.

Oil production in June is 0.8 percent higher than the NPD’s forecast, and 0.1 percent below the forecast so far this year. 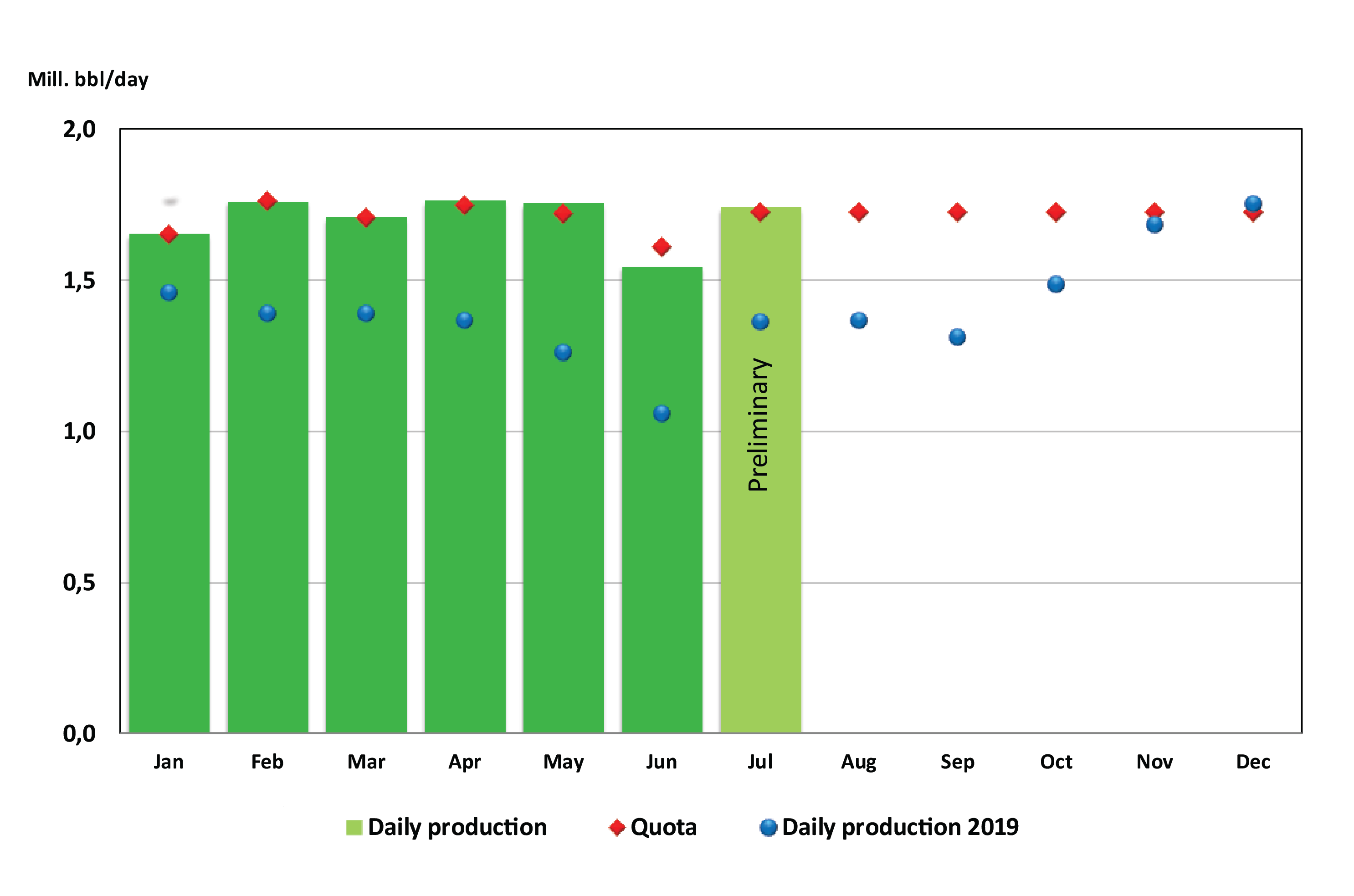 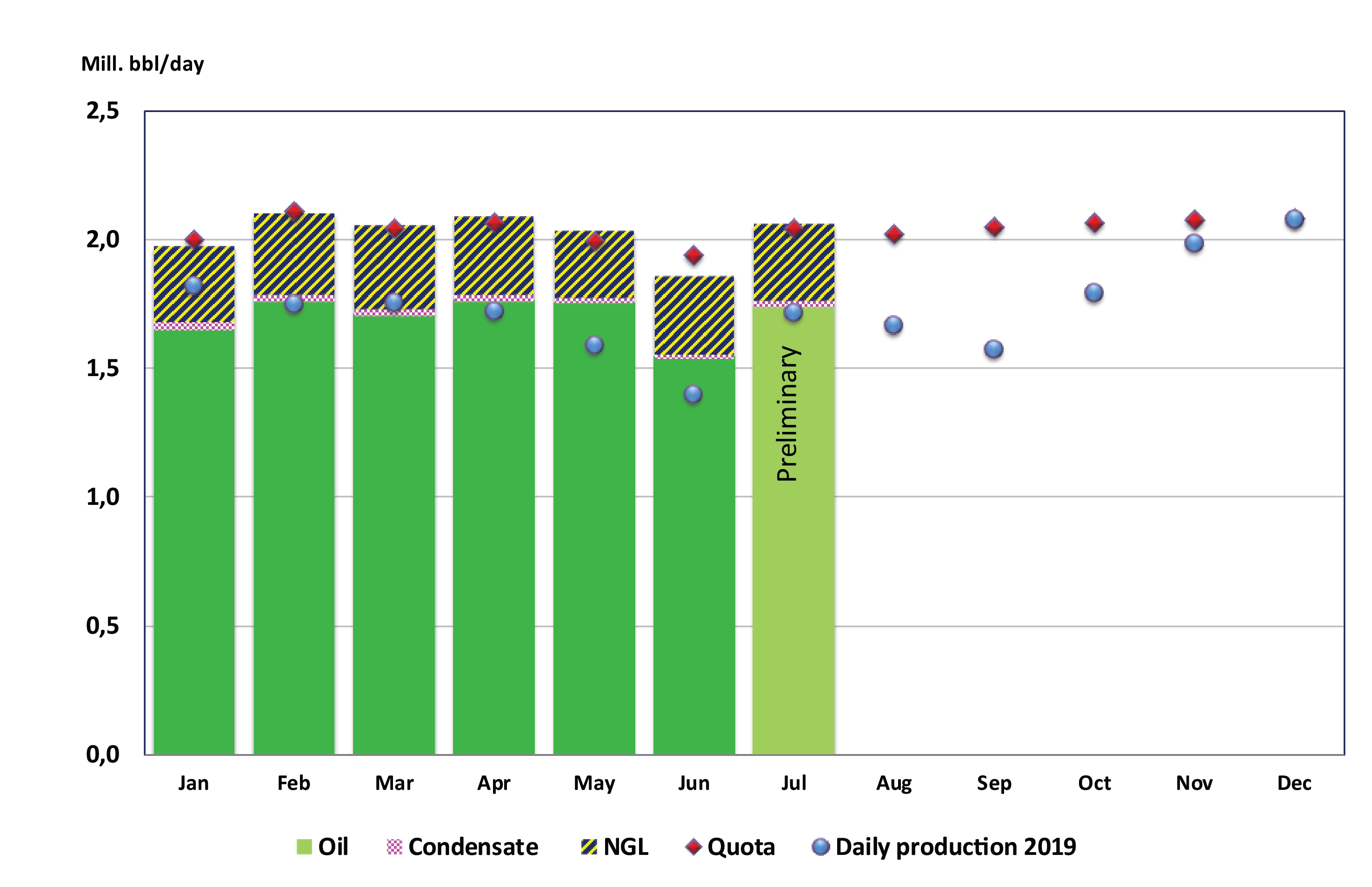 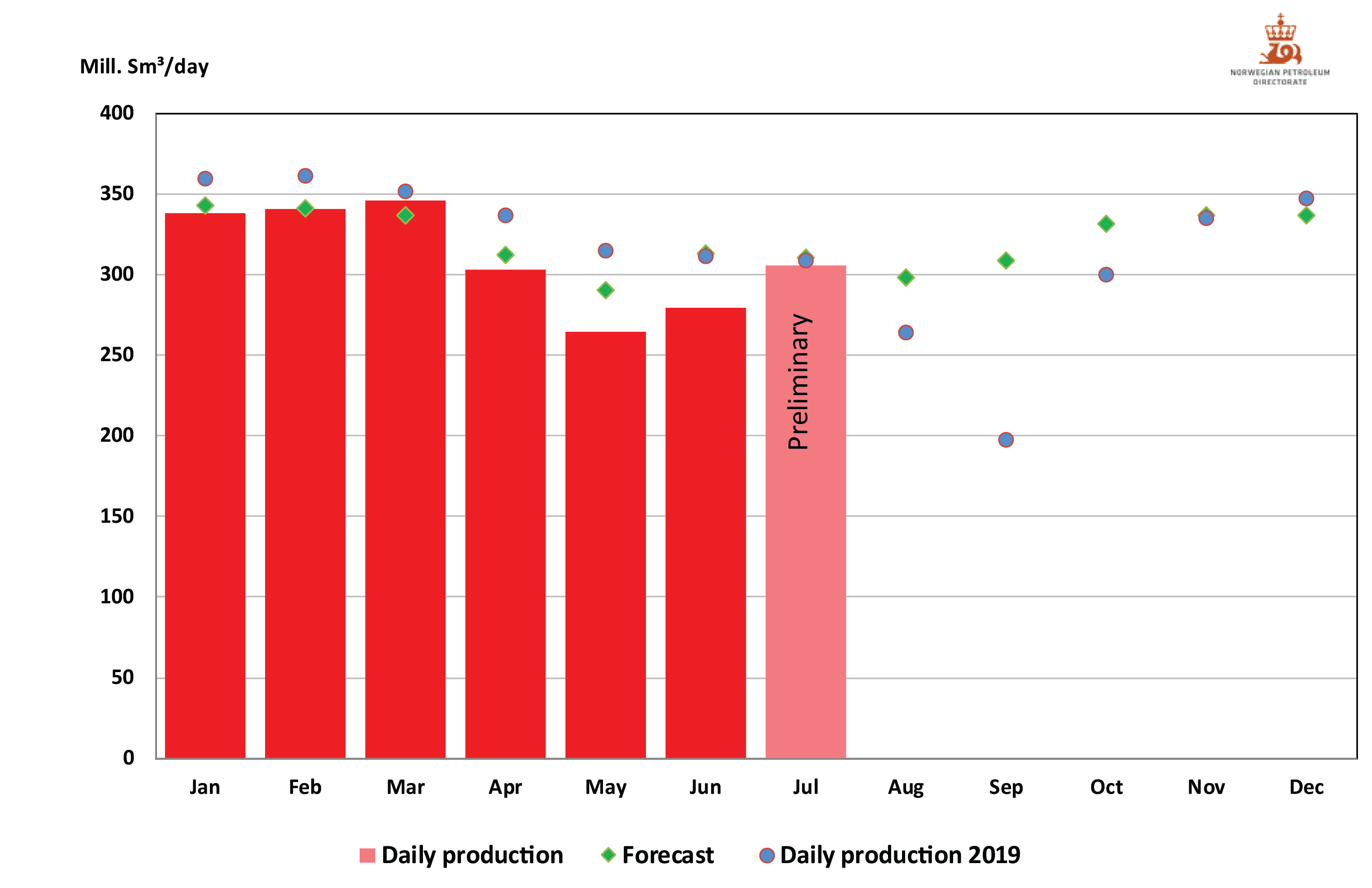