The well was drilled about 27 kilometres southwest of the Skarv field in the central part of the Norwegian Sea and 240 kilometres northwest of Brønnøysund.

The primary and secondary exploration targets for the well were to prove petroleum in reservoir rocks from the Albian and Aptian Ages respectively, in the Early Cretaceous (Intra Lange Formation sandstones).

In the primary exploration target, the well encountered a 27-metre gas column in sandstone layers in the Lange Formation, with moderate but uncertain reservoir quality. The gas/water contact was not encountered. No reservoir rocks were encountered in the secondary target.

Preliminary estimates place the size of the discovery between 8 and 30 million standard cubic metres (Sm³) of recoverable oil equivalent. The licensees will assess the results of the discovery together with other nearby prospects with a view to a potential development to existing infrastructure.

The well is the first exploration well in production licence 1009. The licence was awarded in APA 2018.

The well was drilled to a vertical depth of 4960 metres below sea level, and it was terminated in the Lange Formation from the Early Cretaceous Age. Water depth at the site is 400 metres. The well has now been permanently plugged and abandoned.

Well 6507/4-1 was drilled by the Leiv Eiriksson drilling facility, which will now drill wildcat well 6507/5-10 S in production licence 891 in the Norwegian Sea, where ConocoPhillips Skandinavia AS is the operator. 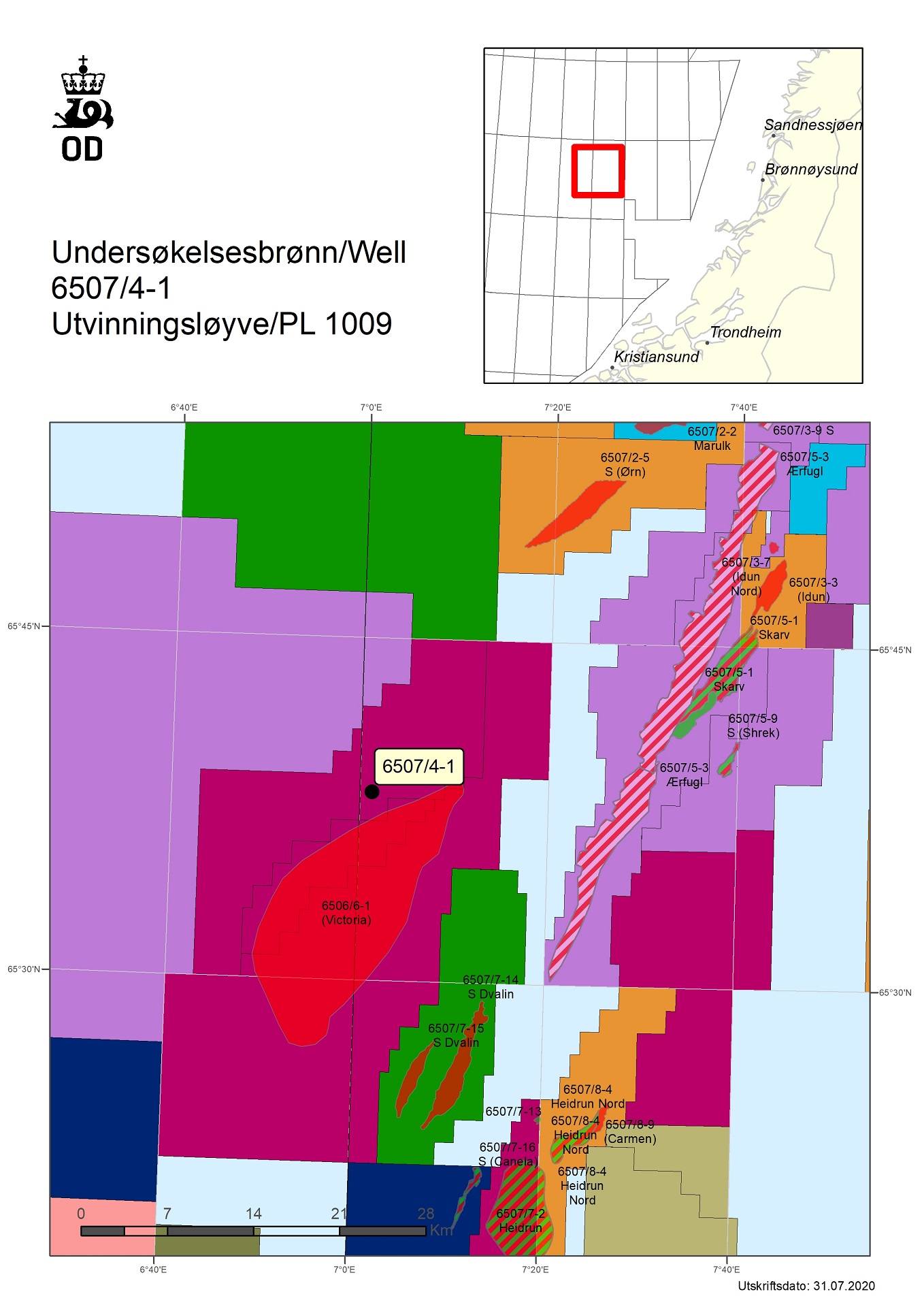