26/01/2007 From 1966 up to and including 2006, 15 million metres of wellbore (exploration and production wells) have been drilled on the Norwegian continental shelf, according to new statistics from the Norwegian Petroleum Directorate

In comparison, the diameter of the earth is about 12.7 million metres.

More than 10 million kilometres of seismic data has been collected on the Norwegian continental shelf, according to statistics for the years 1962-2006.  This is equivalent to about 250 trips around the equator! 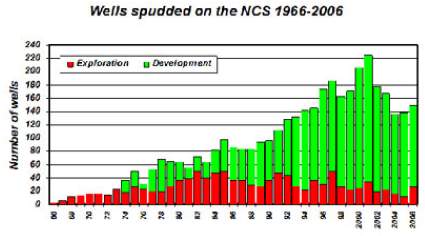