The shelf in 2008 - Petroleum production 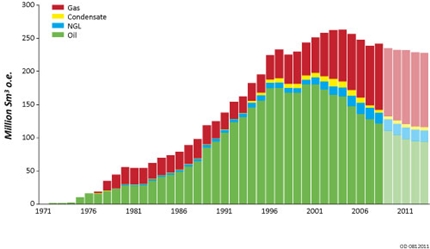 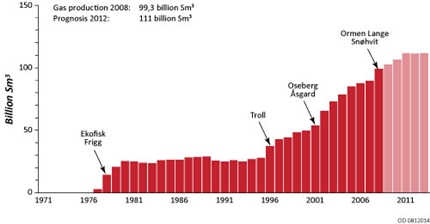 The 2008 oil production appears to be four per cent higher than the estimates prepared by the NPD in the autumn of 2007.

For 2009, the Norwegian Petroleum Directorate estimates that oil production will be somewhat lower than in 2008, 110.8 million Sm³ (1.9 million barrels per day). The uncertainty in 2009 is estimated at +/- 13 per cent, mainly linked to the ability of the reservoirs to deliver, the drilling of new development wells and regularity for fields in operation.

The table below shows production forecasts distributed by the various products for the next five years. 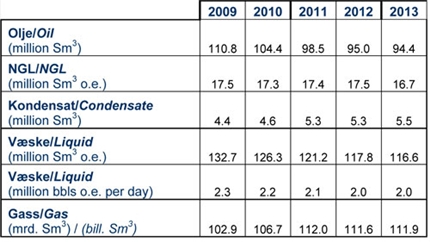 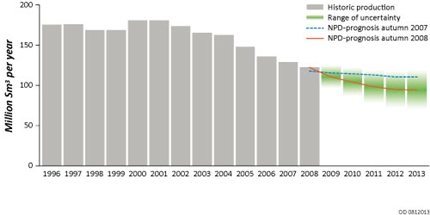 Reduced oil production is expected in the period 2009-2013, as compared with the previous five-year period, i.e. a total estimated production of 503 million Sm³ oil. This is 195 million Sm³ less than in the previous five-year period. More than 98 per cent of the oil produced during this period is expected to come from producing fields or from fields that have been approved for development. This includes measures to improve recovery from these same fields. 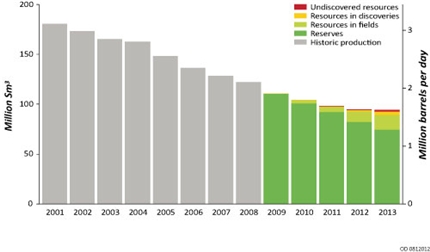