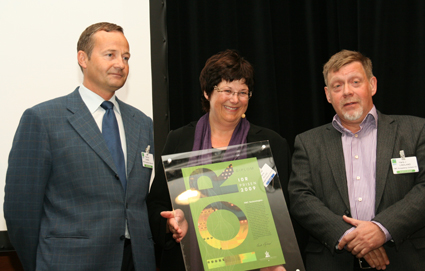 NPD director general Bente Nyland presented the award during the Norwegian Petroleum Association’s field reservoir conference in Stavanger. In her citation, Nyland pointed out that FMC has carried out focused work to develop cost-efficient solutions to improve recovery from seabed wells since 1999.

”The award is a recognition of our status as an established player in the IOR area, which is becoming increasingly important, both in Norway and globally,” says Rasmus Sunde, managing director of FMC Kongsberg Subsea.

”It is also an encouragement to stay our course.”

The award is specifically given for a well control system applied on the Åsgard field. Together with the operator Statoil, FMC developed and tested the Through Tubing Rotary Drilling (TTRD)-technology in the P-4H  well on the field last year, drilling the world’s longest sidetrack ever from a floating rig.

”The Åsgard well is the first of its kind, and is a clear demonstration of the technology’s practical viability,” says Sunde.

He adds that many oil companies have shown an interest in TTRD, but that Statoil is the only company to use it so far.

At present, there are more than 700 seabed wells in the Norwegian shelf, and the number is rising. Drilling cost-efficient sidetracks provides great opportunities for improving recovery from fields with seabed wells.

IOR is short for Improved Oil Recovery, and the award is intended to recognise individuals or companies making a special effort to increase oil recovery. More than half the oil can be left in the reservoir after the scheduled cessation of a field. Applying methods and technology that can recover more oil from the reservoirs therefore create significant values for the companies and society in general.

The NPD’s IOR award has been presented nine times since 1998. No deserving candidate was found for 2008. 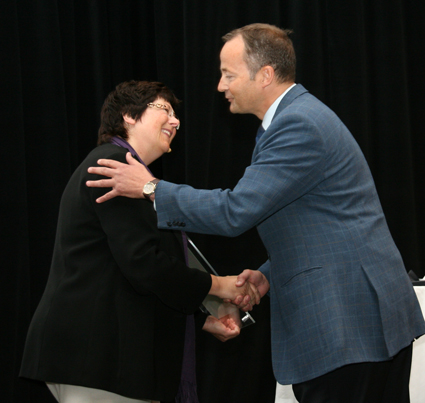