The shelf in 2009 – The resource accounts

15/01/2010 There are no significant changes in the total estimate for the petroleum resources on the Norwegian shelf as of 31 December 2009. The estimate is 13 billion standard cubic metres of oil equivalents (Sm3 o.e.) The accounts show an increase in gross oil reserves of 64 million Sm3. 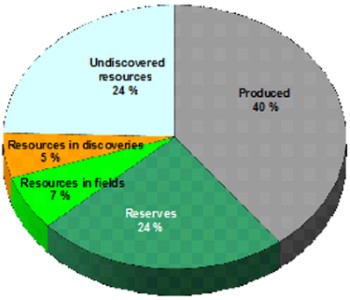 Distribution of petroleum resources by maturity as of 31 December 2009

5.3 billion Sm3 oil equivalents (o.e.) have been produced. 82 discoveries and almost 289 projects for increased recovery from fields in production, along with approved projects, results in a portfolio of 4.8 billion Sm3 o.e. of remaining, proven resources.

The gross increase in oil reserves in 2009 was 64 million Sm3. The largest increases in oil reserves come from the Oseberg, Alvheim and Åsgard fields. In addition, the resources in Goliat and Oselvar have matured into reserves. 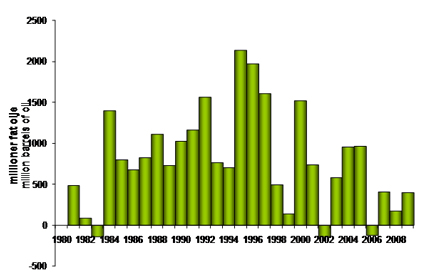