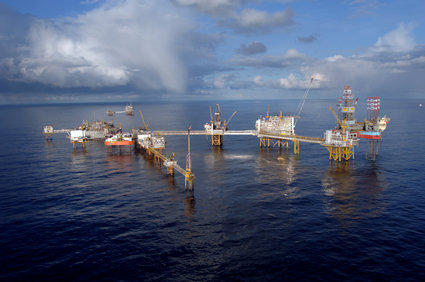 Since the start in 1971, Ekofisk has yielded large revenues, both for Norwegian society in general and for the licensees. The field contributes the bulk of the total value creation from the Ekofisk area.

“With Ekofisk, the oil industry really gained a foothold in Norway. The field in the southern North Sea has created thousands of jobs onshore and offshore, and has triggered development of expertise and new technology. The field has had immense ripple effects for Norway,” says Director General of the NPD Bente Nyland.

The licensees are now establishing the basis for another 40 years of operation for the field. A living quarters platform costing NOK 10 billion is being planned, and a seabed seismic system costing NOK 1.5 billion will provide continuous information from the reservoir. Recently, a seabed template for water injection on the field was also added.

On 9 June, the Storting (Norwegian Parliament) processed two plans for development and operation (PDOs) in the Ekofisk area. The PDO for Eldfisk II applies to a further development in combination with use of existing facilities. The licensees want to build a new platform with living quarters and drill 40 injection and production wells. On Ekofisk Sør, the licensees want to drill water injection wells and 36 production wells to increase the recovery rate. The investments total more than NOK 65 billion.

Ekofisk is one of several chalk fields in the southern part of the Norwegian shelf. Chalk reservoirs mean that it takes a long time to produce the oil and gas. Chalk is porous and can contain a lot of oil and gas, but the flow rates are low. While sandstone fields (such as Statfjord and Gullfaks) typically have a porosity of 20-25 per cent, the porosity in chalk fields such as Ekofisk is 40 per cent.

The Ekofisk discovery in the North Sea was announced just before Christmas in 1969, and test production started in the summer of 1971.

The production plummeted in the early 1980s. Water injection could reverse this development, but many feared that it would dissolve the chalk and destroy the remaining production potential. The solution was discovered through many lab experiments and a pilot test on the field.

The Norwegian Petroleum Directorate was a driving force in the work to start water injection on Ekofisk, spurring the efforts of the operator, licensees and central authorities.

Water injection started up in a part of the field in 1987, and has been so successful that it has led to numerous expansions. Without water injection, less than 20 per cent of the oil in Ekofisk would have been produced. With the current plans, the operator expects to recover more than half the oil originally in the reservoir.

In the 1980s, it was discovered that the seabed on Ekofisk had subsided several metres due to compression of the chalk reservoirs as a result of the oil production. Today, the seabed has subsided up to 9.5 metres in some areas. Compression of the reservoir rocks and subsidence of the seabed have caused numerous challenges, but have also contributed to squeeze out more oil.

Ekofisk also saw the largest oil spill ever on the Norwegian shelf, the Bravo blowout in 1977. It took American well killer specialists eight days and nights to stop the blow-out.

Ekofisk’s history is one of great technological achievement, but also of the worst tragedy involving loss of life. The Alexander Kielland accident in 1980, with the loss of 123 lives, is a tragic example of the risk involved with extracting riches from the sea.