14/01/2011 The Norwegian Petroleum Directorate (NPD) has signed a framework agreement with the Greenland Bureau of Minerals and Petroleum (BMP) for the exchange of information regarding resource management in the two countries. 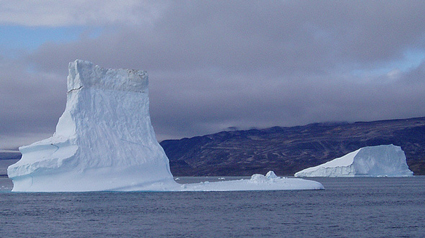 Greenland is rich in natural resources, here seen from the Scoresby Straits on the island’s eastern coast.
(Photo: Kjetil Kaada)

The agreement was signed by the Director of the BMP, Jørn Skov Nilsen, and Director General Bente Nyland at a meeting at the NPD's offices on Tuesday, 11 January. The meeting took place in connection with Kuupik Kleist's visit to Norway. Kuupik Kleist is the Premier of the Greenland Home Rule Government.

In addition to a general exchange of experience, the Bureau of Minerals and Petroleum would like to cooperate with the NPD on data management. Another area of cooperation is exploration and exploitation of petroleum resources in the Arctic. The framework agreement can be supplemented with sub-agreements in specific areas agreed on by the parties.

Skov Nilsen was accompanied by a delegation from Greenland, together with the Norwegian ambassador in Denmark, Jørg Willy Bronebakk, who is responsible for Greenland.

In the meeting, the BMP provided information about its responsibilities and experiences. Information regarding regulations and the activities on the two countries' continental shelves was also exchanged.