Exciting knowledge about the subsurface at Jan Mayen

23/11/2011 The Norwegian Petroleum Directorate (NPD) and the University of Bergen have acquired geological material from steep parts of the seabed on the Jan Mayen Ridge. 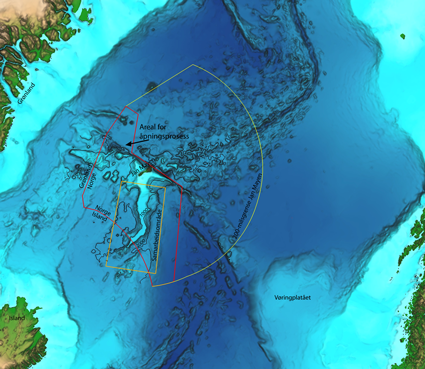 The new knowledge reinforces the belief that there could be petroleum in the area.

”The samples from the seabed at Jan Mayen are remarkable; the oldest are 260 million years old. Analyses of the material are surprising,” says Sissel Eriksen, exploration director in the NPD. “We had hoped, but not expected, to find such old sedimentary rocks near Jan Mayen. The impact of volcanic rocks in the area is less than we previously thought – volcanic rocks generally do not have a potential for oil and gas.”

Good quality sandstone was discovered which can function as a reservoir rock. In addition, rocks the same age as source rocks on Greenland were discovered.

”This means that we have rocks that could contain material which forms oil and gas. Two important preconditions for possible petroleum deposits are thus in place,” says Eriksen.

The goal of the voyage, which took place from 3 to 19 July, was to take samples from outgoing geological strata, i.e. older bedrock layers that are visible on the seabed. The samples were taken with an ROV (remotely operated vehicle) which was operated from the Institute of Marine Research’s vessel G.O. Sars. Each sample is documented in HD video, which shows the exact depth and position, among other things.

According to an agreement with Icelandic authorities (Orkustofnun), data was acquired from both the Icelandic and Norwegian sides of the Jan Mayen Ridge.

The water depth in the survey area varies from 600 to 2000 metres. The areas were chosen on the basis of the sparse seismic data available for this part of the Norwegian Sea, as well as ocean depth maps based on information from advanced echo sounders from 2010.

Greenland and Norway were previously located very close to each other, much closer than the current distance between Norway and the UK. Greenland and Norway “separated” during two major rift episodes, where the Norwegian Sea and the Greenland Sea were formed. In connection with this activity, Jan Mayen became a separate microcontinent.

The Jan Mayen Ridge has a sole of Precambrian bedrock, and it has previously been assumed that this area primarily consists of volcanic material. The geological knowledge regarding these sea areas associated with the petroleum potential has, until recently, been very sparse.

“We still have a little ways to go until the NPD can provide a resource estimate for the area, but we are very optimistic after receiving this new knowledge,” says the exploration director.

”If we take more samples using ROVs and acquire more seismic, we will gain more knowledge regarding the scope of the interesting rocks. We also want to drill shallow bore holes to verify the findings from our samples.”

Additional seismic will be acquired on the Jan Mayen Ridge during the summer of 2012. In 2010, the Government started an opening process for the sea areas around Jan Mayen regarding petroleum activity. The results of the NPD’s acquisition and interpretation work in the period from 2010 to 2013 will be included in an impact assessment for the Jan Mayen microcontinent. The data will also provide a foundation for research, both nationally and internationally. 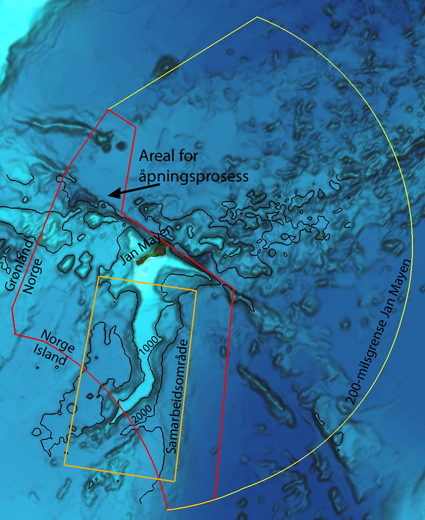