The field's start-up is in accordance with the Plan for Development and Operation (PDO). Development costs have increased somewhat, but the increase is within the uncertainty range of plus/minus 20 per cent in the investment estimate in the PDO.

Kværner Verdal built the steel jacket and Kværner Stord built the topsides for the production facility, which rests on the seabed.

The Edvard Grieg field, production licence 338, is situated on the Utsira High, about 35 kilometres south of the Grane and Balder fields. The field is developed with a fixed platform, resting on the seabed. The oil is transported by pipeline (EGOP) to the Grane oil pipeline and on to the Sture terminal north of Bergen. The gas is transported in a separate pipeline (UHGP), which is tied in to the pipeline network on the UK side (SAGE).

When plans were made for developing Edvard Grieg and neighbouring field Ivar Aasen, a decision was made to coordinate the development solutions for the fields. This means that oil and gas from Ivar Aasen will undergo final processing on Edvard Grieg, and will be routed on from there in the same transport systems. Production from Ivar Aasen is scheduled to start in late 2016. The plan furthermore calls for tying in other discoveries in the area to Edvard Grieg as capacity gradually becomes available.

Edvard Grieg will supply power to Ivar Aasen. The licensees in PL 338 are cooperating with other licensees on the Utsira High to find a joint solution for power supply from land. 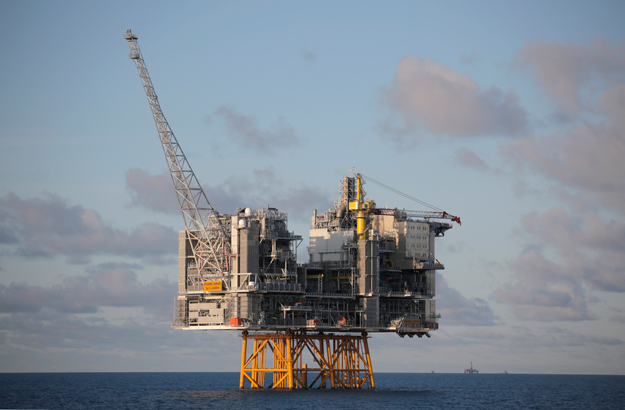 Edvard Grieg is a fixed platform resting on the seabed, with 20 well slots. The topsides include process and export systems for oil and gas, as well as living quarters.
(Foto: Lundin) 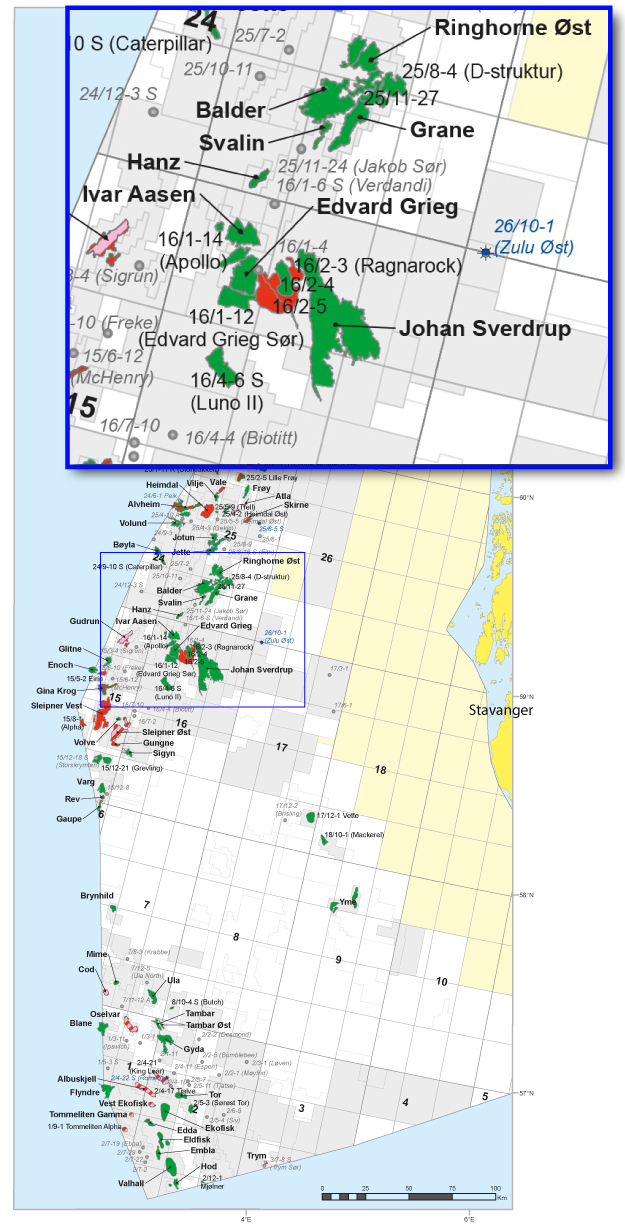