23/09/2015 One of the major cash cows on the Norwegian shelf, the Gullfaks field, which has been producing for nearly 30 years, is facing further investments to boost production and extend the field’s lifetime.

The Norwegian Petroleum Directorate (NPD) has now submitted its assessment of the amended Plan for Development and Operation (PDO) for Gullfaks, including Shetland/Lista phase1, to the Ministry of Petroleum and Energy.

This concerns production from the Shetland group and Lista formation, which are situated above the actual main reservoir. Test production has already been under way for a few years. It is expected that 20 million barrels can be produced during this phase from Shetland/Lista. The reason for an amended plan is that production from Shetland/Lista was not included in the original development plan approved by the Storting in 1981.

According to the new plan, NOK 1.8 billion will be invested in reusing existing wells on the Gullfaks field for production from Shetland/Lista.

Shetland/Lista was originally not considered to be a reservoir, but subsequent developments have shown that recoverable oil is present. These zones, which are above the actual main reservoir on Gullfaks, are under natural high pressure, which makes it challenging to drill wells on Gullfaks. Production from Shetland/Lista could thus make it easier to drill future wells on the Gullfaks field.

Extensive amounts of data will also be collected, which may provide a basis for subsequent phases of production from Shetland/Lista, for example through pressure support.

Assistant director Tomas Mørch in the NPD (Development and operations – North Sea), is pleased that Shetland/Lista is being further developed. This will contribute to improved recovery on Gullfaks, and production from Shetland/Lista will make it possible to increase oil production in the field’s main reservoir. 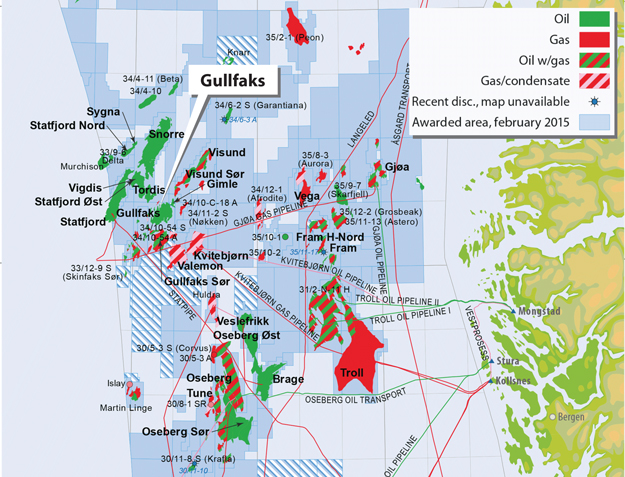