06/05/2015 Yesterday, 5 May, the Norwegian Petroleum Directorate (NPD) received a Plan for Development and Operation (PDO) for the Maria oil discovery. 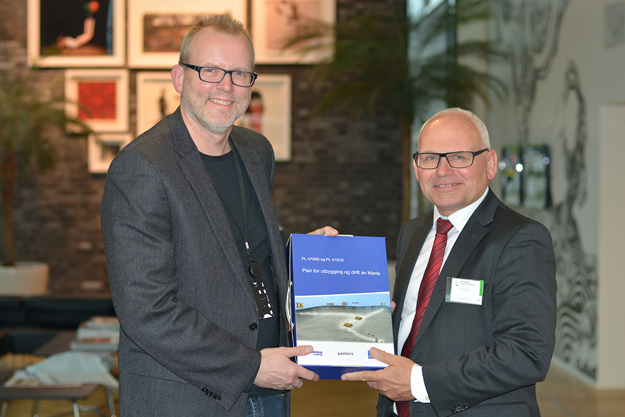 The Maria discovery, located in blocks 6407/1 and 6406/3 on the Halten Bank in the Norwegian Sea, is Wintershall’s first operated development project. The discovery is estimated to contain approximately 28.1 million standard cubic meters of oil equivalent, mostly oil, but also some associated gas and natural gas liquid (NGL).

Maria is located 230 kilometres from shore. The water depth in the area is 300 metres, and the reservoir is located about 3800 metres below the sea surface.

According to the plan, Maria will be developed with a subsea production facility consisting of two subsea templates, both with room for drilling and completion of up to four wells. Two production wells and two water injection wells will be drilled from each template using a semi-submersible drilling facility.

The production facility will be tied back to the existing infrastructure in the area.

“The development solution is special, because as many as four hosts, or other facilities, are involved. Statoil, who is the operator of these facilities, has cooperated closely with Wintershall concerning the development. The Norwegian Petroleum Directorate expects that realisation of the resources in Maria will generate added value for all players involved, and not least for Norwegian society,” says Kalmar Ildstad, Assistant director. Development and operation – Norwegian Sea.

The well stream from Maria will be sent to the Kristin platform for processing and metering. The stabilised oil will then be sent to the Åsgard A production and storage ship for storage and offloading to shuttle tankers. According to the plan, the rich gas will be exported via the Åsgard Transport pipeline system to Kårstø in Rogaland County.

The NPD encourages shelf companies to focus on sound area solutions and efficient use of the existing infrastructure:

“This development requires extensive collaboration across the exploration licence. If we are to ensure maximum benefit for society from oil and gas production on the Norwegian shelf in the time ahead, both the developer and the host need to show willingness to be able to succeed with this type of solution,” says Ildstad.

Wintershall Norge AS is the operator with an ownership interest of 50 percent. The other licensees are Petoro AS with 30 percent and Centrica Resources (Norge) AS with 20 percent. 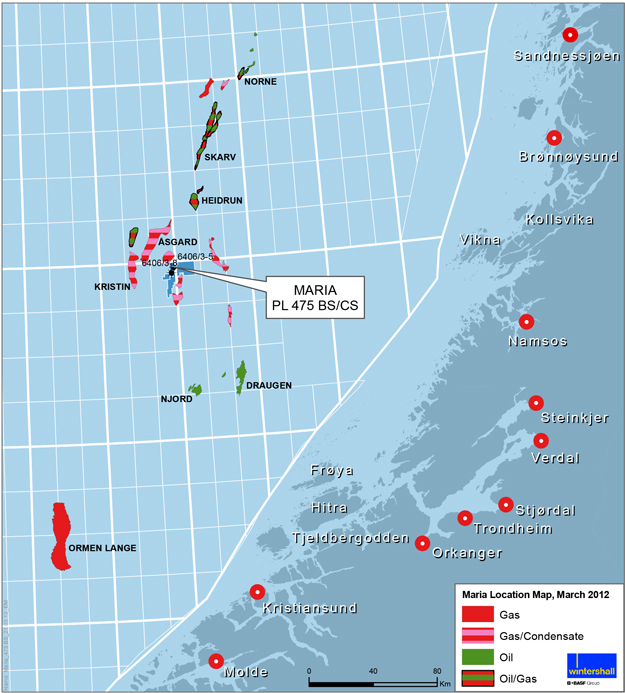 Geographical location of the Maria field