30/08/2016 The Norwegian Petroleum Directorate (NPD) has awarded its improved oil recovery (IOR) prize for 2016 to the licensees of the Åsgard field in the Norwegian Sea for their subsea wet gas compressor.

According to the citation, the solution on Åsgard is the result of a long-standing commitment by ambitious leadership and enthusiastic engineers. The licensees – Statoil (operator with 34.57 per cent), Petoro (35.69), Eni (14.82), Total (7.68) and ExxonMobil (7.24) – have demonstrated the stamina to follow through all the way from initial concept to decision and implementation.

Operational from 6 October 2015, the compressor is the first of its kind in the world. It stands in 300 metres of water and covers an area similar to a football pitch. Gas is recovered from reservoirs 2 500 metres beneath the seabed.

The idea was born more than 20 years ago. Testing of subsea installations on Draugen, Troll, Tordis and Tyrihans in 1994-2009 were necessary moves towards the realisation of this step-changing technology.

Its development was pursued in a close and trusting collaboration between the oil companies and a number of suppliers who have competed for the contracts.

“Achieving such interaction is perhaps especially important today,” NPD director general Bente Nyland observed when presenting the prize during the opening ceremony for the ONS 2016 exhibition and conference in Stavanger. “So is keeping world-class, dynamic engineering clusters.”

She signalled to the industry that it must not cut costs so much that it becomes impossible for Norway’s oil and gas industry to continuing making world-class technological advances. The NPD would challenge more players to achieve such a collaboration.

The Åsgard subsea compression technology not only represents an important contribution for improving recovery from that field, but also provides opportunities to recover more oil and gas from other reservoirs on the NCS. Subsea processing – and gas compression in particular – could make it easier to develop discoveries in deep water and in areas far from existing infrastructure. 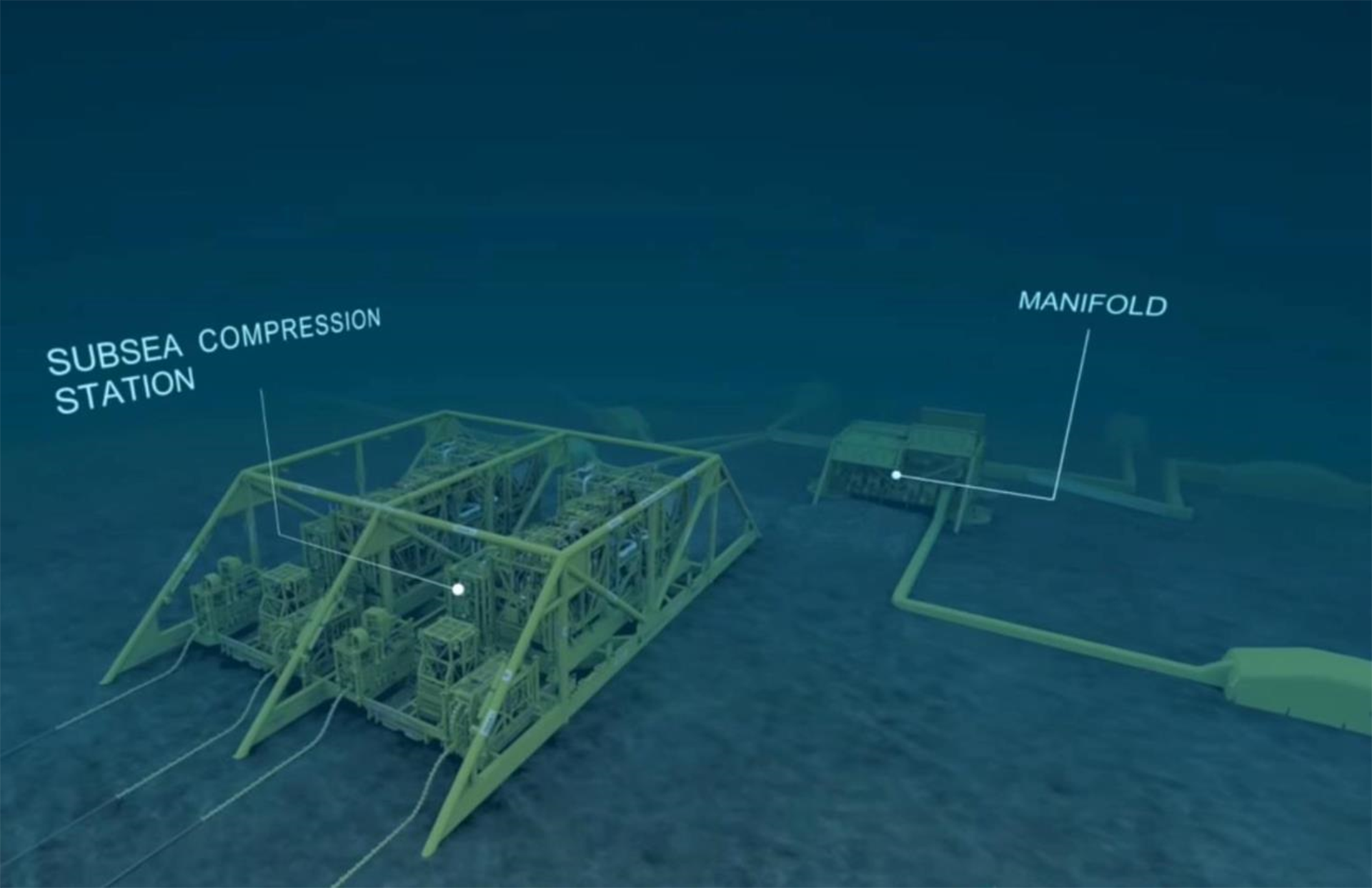 In a comment on the prize, Nyland points out that recovering all commercial resources is part of the each licensee’s work commitment: “That naturally involves risk, and we therefore acclaim technology development and pilot projects.

“When we see that these succeed, as has been the case with Åsgard, we must recognise the inventiveness and boldness displayed by the companies. They have taken an investment risk, and can now reap the reward.”

She believes that such a project would have been more difficult to launch with today’s cost and oil price regime. “At the same time, this shows that the profitability of a field is determined when it ceases production, and not by current oil and gas prices.”

An application to approve an amended plan for development and operation was submitted to the Ministry of Petroleum and Energy on 16 August 2011, and approved by the Storting (parliament) on 27 March 2012.

The government has also contributed through its support for basic research and the backing provided by the Demo 2000 programme for testing subsea compression in the early 2000s.

This technology project has been demanding. Statoil began testing in the K-lab at Kårstø as early as 2008, when it tried out a full-scale model under water. The most important qualification areas have been power supply for the compressors, the compressor motors and the control systems. Development of the installations system for the modules has also been a key area. 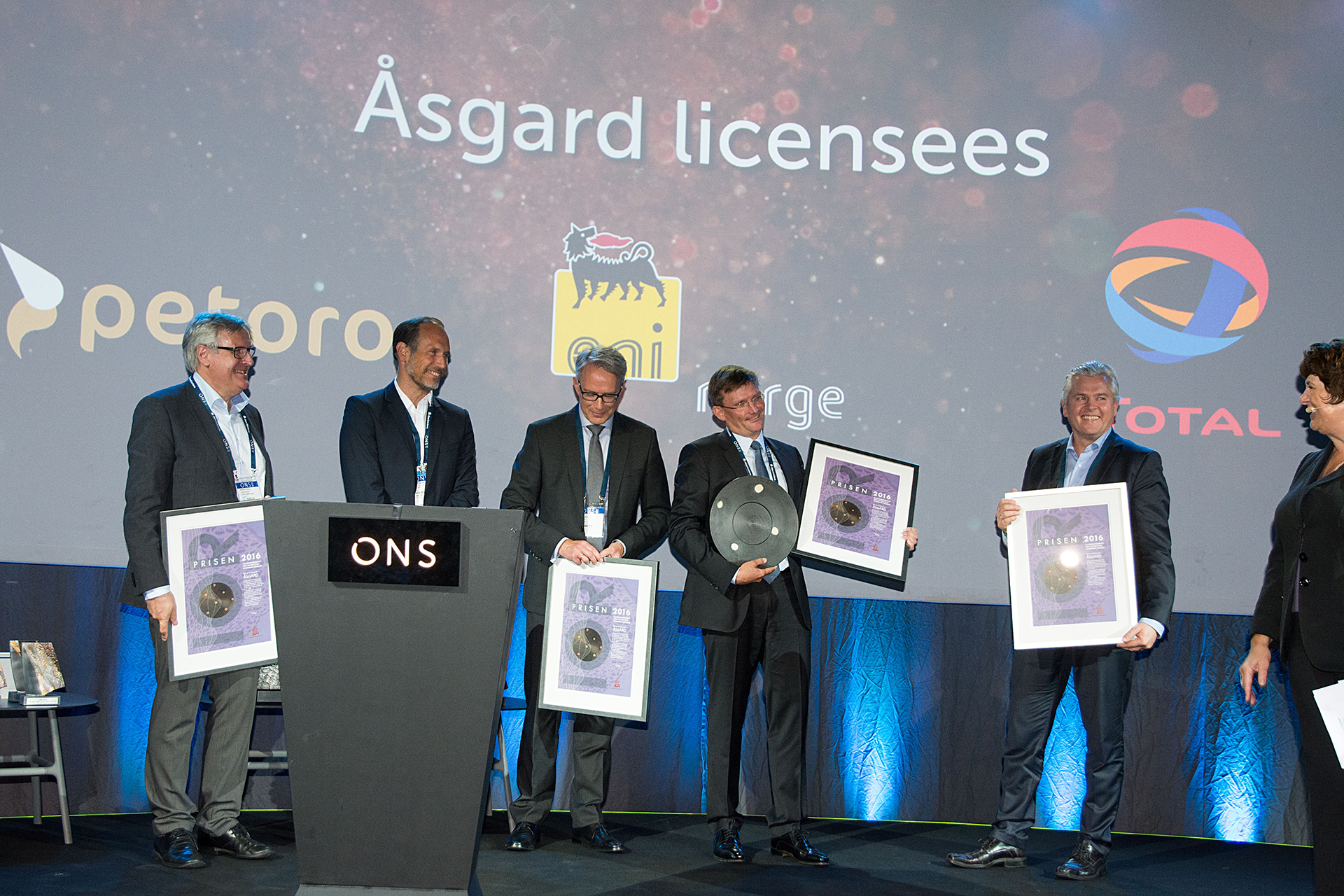 The winners of the IOR prize
(photo: Arne Bjørøen)