24/10/2016 The Norwegian Petroleum Directorate (NPD) has granted consent for production start-up on the Ivar Aasen field in the North Sea. The operator AkerBP has scheduled start-up for December.

The field was developed with a production facility resting on the seabed at a water depth of 110 metres. Oil and gas from Ivar Aasen will undergo final processing on the Edvard Grieg field. Edvard Grieg will also cover Ivar Aasen’s power demand until a joint solution for power from shore is established for the Utsira High.

The recoverable reserves from Ivar Aasen are estimated at 23.3 million standard cubic metres (Sm3) of oil, 4.4 billion Sm3 gas and 0.9 million tonnes of NGL. The reserves from the nearby Hanz field will come in addition when this is phased in when capacity becomes available on the Ivar Aasen installation.

Data from appraisal and development wells drilled after the submission of the Plan for Development and Operation (PDO) led to an increase in the estimate of recoverable volumes and volumes in place.

The investment costs for the development amount to NOK 26.9 billion, in line with the estimate in the PDO. “The NPD is very satisfied that both the schedule and budget are on target,” says Tove Francke, assistant director in Development and Operation in the Norwegian Petroleum Directorate.

The company Det norske was the operator of the development, which comprises production licences 001 B, 242, 338 BS and 457 BS. 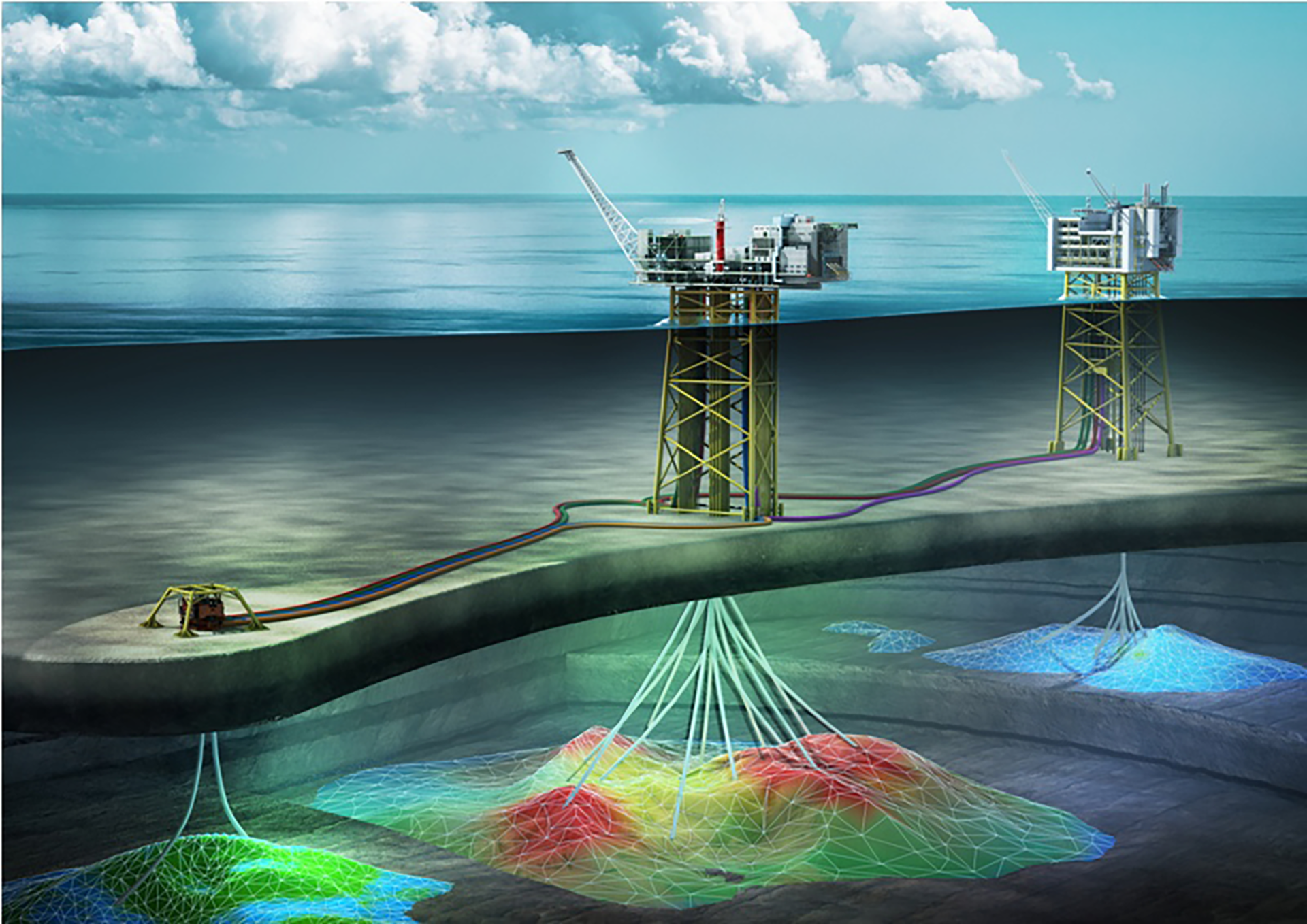 Partially processed oil and gas from Ivar Aasen is routed to Edvard Grieg for processing and export. From here, the Ivar Aasen installation will be supplied with electricity.
(Illustration: AkerBP)