30/11/2016 The operator Centrica submitted the Plan for Development and Operation (PDO) of the Oda discovery in the North Sea to the authorities today.

Estimates show that 7.5 million standard cubic metres of oil equivalents (48 million barrels) can be recovered from Oda. The investment for the development is estimated at NOK 5.4 billion. Production is scheduled to start in the third quarter of 2019.

Oda is an oil discovery in block 8/10, located to the south in the Norwegian sector of the North Sea, about 250 kilometres southwest of Stavanger and east of the Ula field. Water depth in the area is 65 metres, and the reservoir is located 2900 metres below the sea surface. The discovery was made in 2011 in connection with the drilling of well 8/10-4 S.

Oda will be developed with a subsea facility that consists of a subsea template with room to drill and complete up to four wells. The current plan is to drill two production wells and one water injection well.

The subsea facility on Oda will be tied in to the Ula field, where the wellstream will be processed and measured. Both produced gas and water from Oda will be used for injection on Ula to increase production from this field. The oil from Oda will be transported via Ekofisk to the Teesside terminal in the UK.

Parts of the Oselvar field’s subsea facility and processing equipment that are placed on the Ula platform will be re-used on Oda. Production on Oselvar will be shut down in 2017 or 2018.

“It is positive that the licensees in Oda, through excellent cooperation, have chosen a development solution that contributes to cost-efficient utilisation of infrastructure in the area and available process capacity on Ula,” says Tove Francke, assistant director for development and operations in the southern North Sea.

“The gas that is produced on Oda has a positive impact on Ula’s oil recovery, and the re-use of existing equipment will benefit Oda and Oselvar, as well as Norwegian society,” says Francke.

Centrica Resources is the operator in production licence 405 with an ownership interest of 40 per cent. The other licensees are Suncor Energy (30), Faroe Petroleum (15) and Tullow Oil (15) – this ownership interest will be acquired by AkerBP.

Oda is a Norse women’s name and the field’s name means wealth or property. 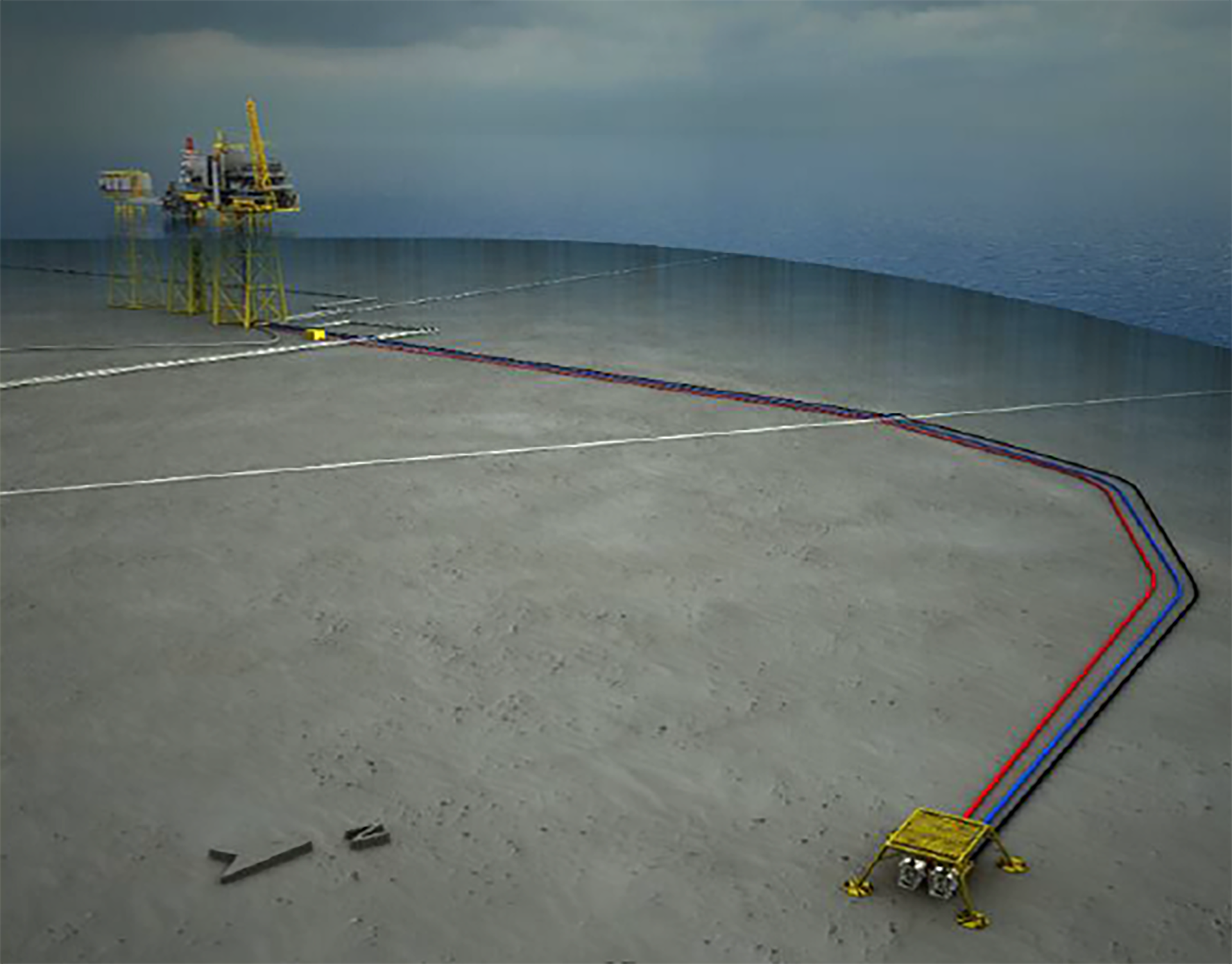 Oda will be developed with a subsea facility that will be tied in with the Ula field.
Parts of the facility will contain recycled equipment from the Oselvar facility.
(Illustration: Centrica)