04/10/2016 The Ministry of Petroleum and Energy (MPE) and the Norwegian Petroleum Directorate (NPD) have received the plan for development and operation (PDO) for the Dvalin discovery in production licence 435 in the Norwegian Sea.

The discovery is operated by DEA. Planned production start is October 2020.

Dvalin is a gas discovery situated in block 6507/7, 14 kilometres northwest of the Heidrun oil field and 290 kilometres from land (Nyhamna). Estimated recoverable resources from the discovery are about 18 billion standard cubic metres of gas. Water depth in the area is around 370 metres and the reservoir is located at a depth of around 4250 metres.

Dvalin will be a subsea development tied in to a new process module on the Heidrun platform. The gas will be partially processed on Heidrun, then routed through a new export pipeline to Polarled and onward to Nyhamna for final processing before export to the European market.

Expected investments are in excess of NOK 10 billion (fixed 2016-NOK).

Production licence 435 was awarded in 2006. The wildcat well that resulted in the "Zidane" discovery was drilled in 2010. The proposed development solution is a subsea development with a four-slot well template tied into Heidrun for processing and further export to the Polarled pipeline system and the Nyhamna land facility in Møre og Romsdal county.

The establishment of Polarled has enabled early development of the discovery, as well as cost-effective utilisation of available space and weight capacity on Heidrun. It will be possible to tie in additional subsea templates and wells to the planned subsea structure. This will provide the opportunity to develop any additional resources in Dvalin, as well as other resources in the area. Four production wells will be drilled on Dvalin.

"The NPD is interested in ensuring that profitable projects are developed and, where possible, that such projects utilise existing infrastructure. We expect that realisation of the resources in Dvalin will contribute to create value, both for the Norwegian society and for the licensees on Dalin, Heidrun and Polarled. In addition, the development of Dvalin could provide exciting opportunities for further development of other resources in the area," says Kalmar Ildstad, assistant director for development and operation in the Norwegian Sea.

The name Dvalin comes from Norse mythology. It refers to one of four deer that, according to the Younger Edda, run around the world tree, Yggdrasil, and graze on the foliage. 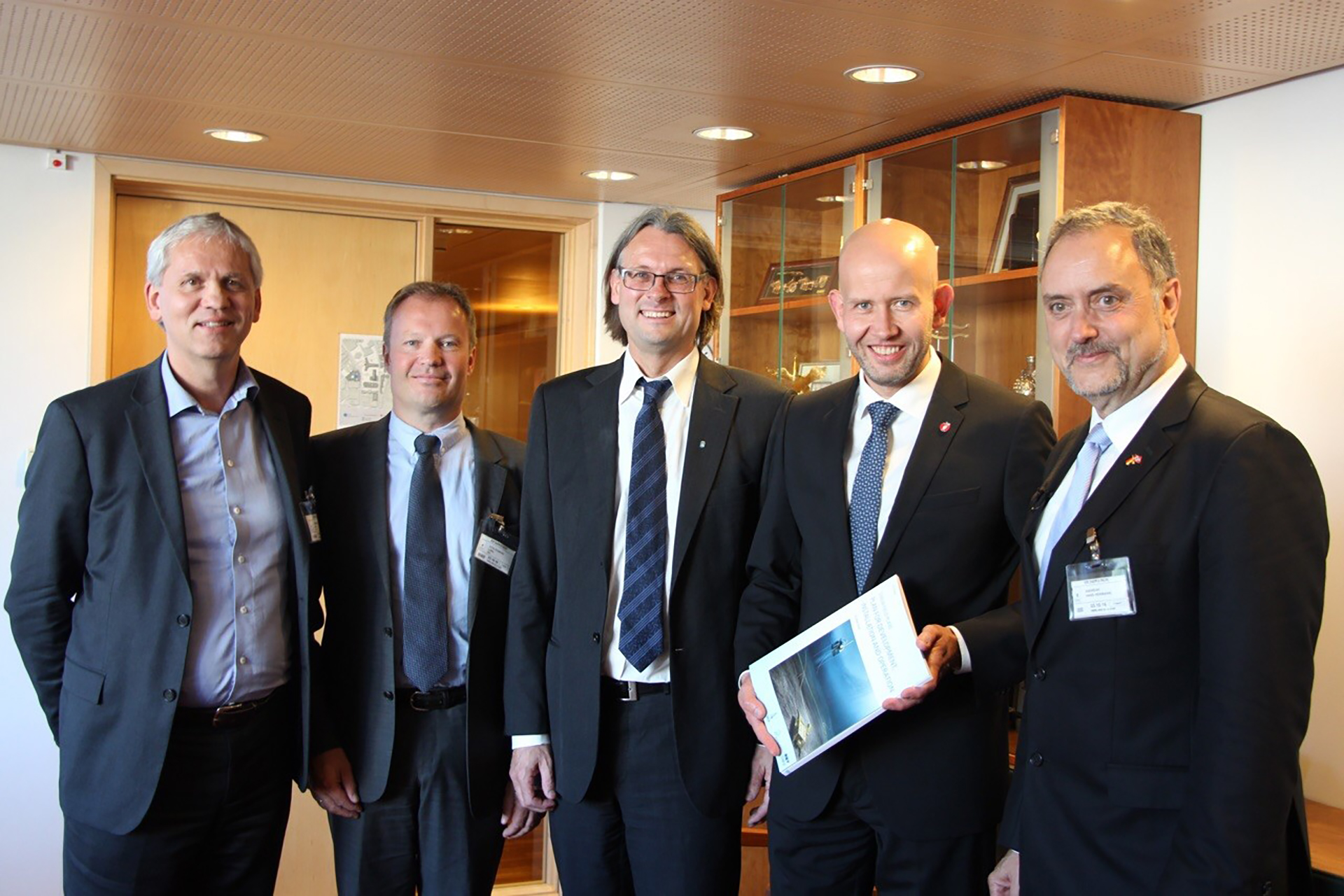 22/10/2021 The Norwegian Petroleum Directorate has issued a drilling permit to Equinor Energy AS for well 6407/9-13, cf. Section 13 of the Resource Management Regulations.