Russia and Norway to exchange seismic data from the Barents Sea

26/10/2016 The Norwegian Petroleum Directorate (NPD) and Russian petroleum authorities (Federal Subsoil Resources Management Agency, Rosnedra) have entered into an agreement to exchange seismic data from the areas around the demarcation line in the Barents Sea.

“This agreement is extremely important, it allows us to achieve a better understanding of the regional geological conditions on both sides of the demarcation line and, not least, of geological structures that span across the line,” says Stig-Morten Knutsen, the NPD's assistant director within Exploration.

Rosnedra initiated the data exchange about two years ago. The agreement was signed by Director General Bente Nyland and Director of Rosnedra Evgeny A. Kiselev in July of this year.

The agreement entails that Russian and Norwegian authorities will exchange about the same volume of data. From the Russian side, this includes all seismic that was collected in 2013 in two major licences: the Fedynsky licence and the central Barents Sea licence, in a zone that is 50 kilometres from the demarcation line. There will also be a line from the gas discovery on the Kildinskoye High. The NPD has received a total of 6500 kilometres of 2D seismic from these areas.

Rosnedra has received 5900 kilometres of 2D seismic from the Norwegian side. This includes seismic data that the NPD collected in the northern Barents Sea in 2012, 2013, and 2014, limited to east of

35°E and south of 76°10N. The Russians will also receive a seismic line from the stratigraphic boreholes on the Sentralbank High, as well as a long line that spans north to south in the Arctic Ocean. 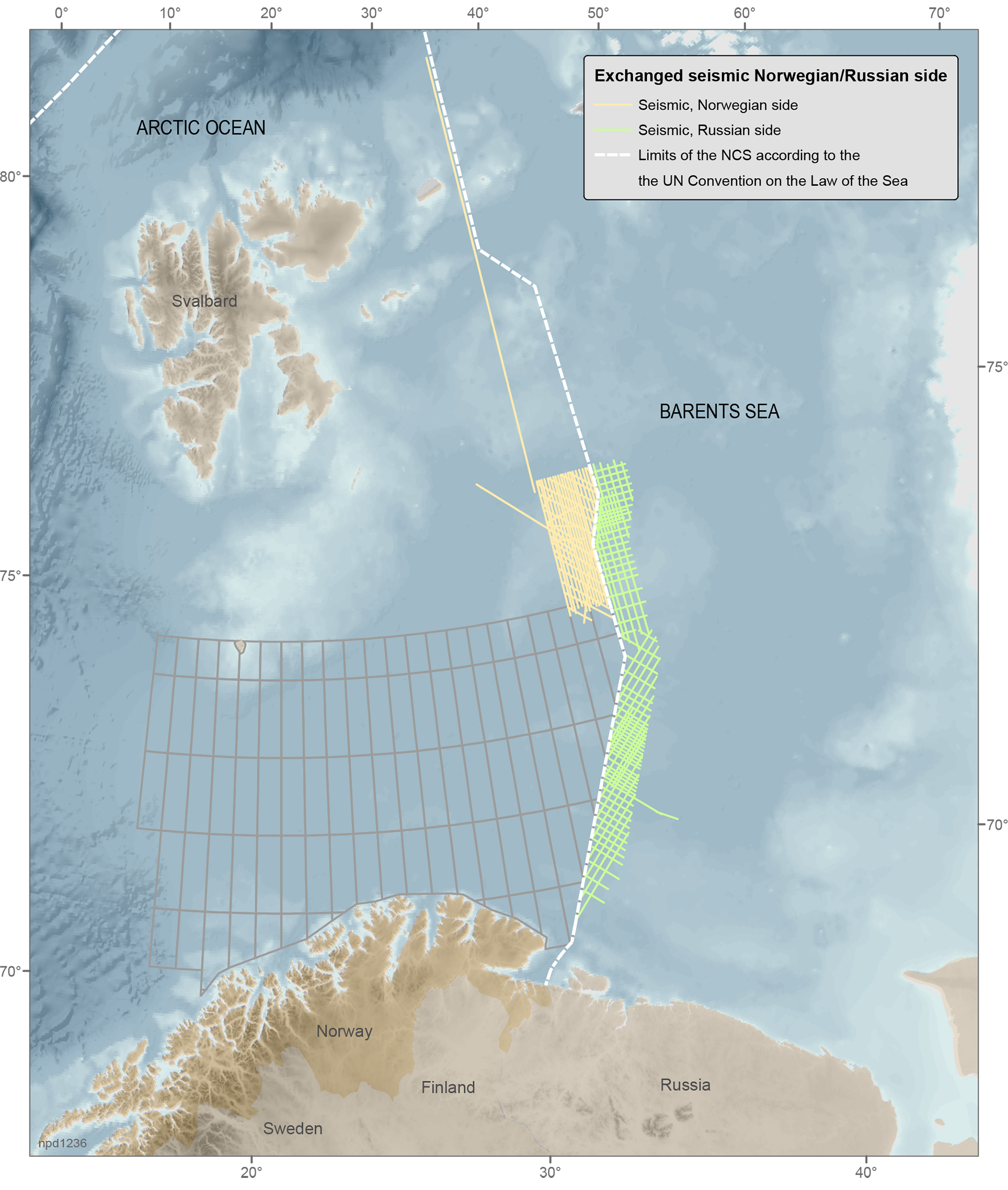