01/11/2016 The licensees in the Trestakk discovery in the Norwegian Sea submitted a Plan for Development and Operation (PDO) to the authorities today. Expected investments are NOK 5.5 billion.

Trestakk is an oil discovery located in block 6406/3, approx. 20 kilometres south of the Åsgard field. Recoverable resources are estimated at 10.5 million standard cubic metres of oil (72 million barrels of oil).

Water depth in the area is about 300 metres and the reservoir is located at a depth of 3900 metres.

The discovery was proven in 1986. It has been considered for development on several previous occasions. The licensees have now submitted a development plan with planned production start-up in the second quarter of 2019.

The licensees propose in the PDO that Trestakk be developed with a subsea development, one subsea template with four well slots, as well as a fifth satellite well. Three production wells and two gas injection wells will be drilled. The subsea facility will be tied in to the Åsgard A installation for processing, measurement and gas injection.

“It is positive that the licensees in Trestakk have decided on a project that will secure more production for Åsgard A and provides the possibility of an extended lifetime for the production vessel,” says Kalmar Ildstad, the Norwegian Petroleum Directorate’s assistant director for development and operations in the Norwegian Sea.

He adds that the Directorate was concerned that resources in Trestakk would be lost, with a background in a shorter assumed lifetime for Åsgard A, because the licensees did not make a development decision early enough. This could in turn lead to reductions in recoverable volumes and thus lost values.

“The Norwegian Petroleum Directorate expects that all profitable projects are developed and that plans will take surrounding infrastructure into account. The licensees have completed extensive work on reducing investment costs on Trestakk. Studies have also shown that the lifetime on Åsgard A can be extended, which will also contribute to more production from Åsgard. The Norwegian Petroleum Directorate expects that realisation of the resources will contribute to creating values both for the Norwegian society and for the licenses in Trestakk and Åsgard,” says Ildstad.

Trestakk is located in production licence 091. Statoil is the operator with an ownership interest of 59.1 per cent. The other licensees are ExxonMobil (33 per cent) and Eni (7.9 per cent). 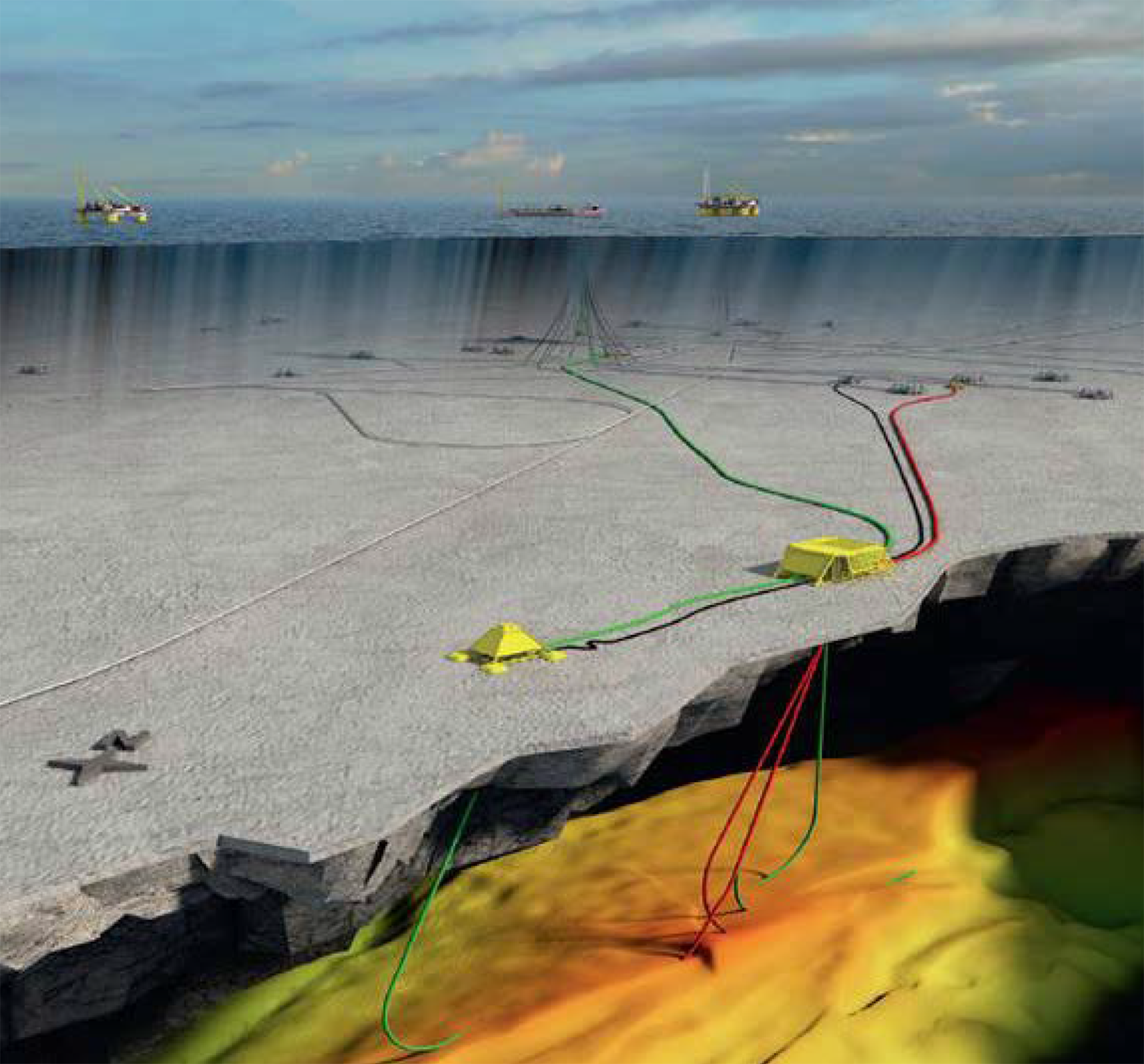 Trestakk will be developed as a subsea field.
The oil will be transported to Åsgard A for processing and export.
(Illustration: Statoil).