14/01/2016 Oil production increased for the second consecutive year, and a new record was set for gas sales. Production is expected to remain at a stable level over the next few years.

1101 million Sm3 oe was produced during the five-year period 2011-2015. Production over the next five years is expected to remain at about the same level. 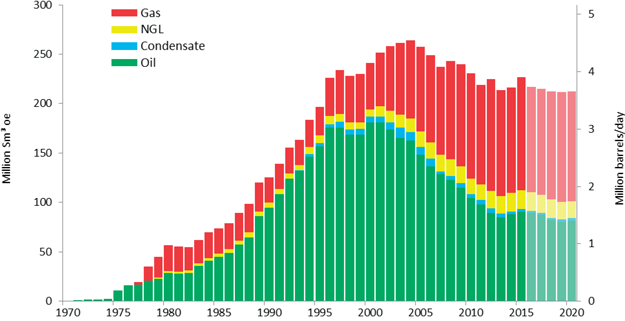 In 2015, 117.2 billion Sm3 gas (115 billion Sm3 - 40 megajoules of gas) was sold. This is 8 billion Sm3 more than in 2014. The level of gas sales is hard to predict, even in the short term. The actual sales in 2015 rose seven per cent compared with our estimates at the same time last year. This is a result of factors such as significantly higher gas demand from Europe. 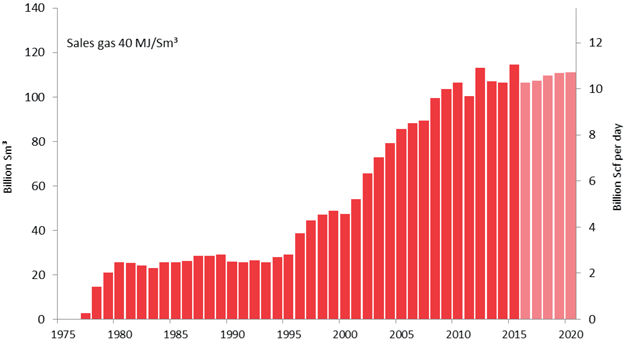 Figure 2. Actual and forecast gas sales up to and including 2020.

In 2015, 90.8 million Sm3 oil (1.57 million barrels per day) was produced from 80 fields, compared to 87.7 million Sm3 (1.51 million barrels per day) from 77 fields in the previous year. This is an increase of more than three per cent. The most important reasons for this are high regularity and the fact that a large number of new production wells were drilled faster than expected.

The Norwegian Petroleum Directorate was expecting somewhat lower oil production in 2015 compared to the previous year. However, several of the fields already in operation have produced substantially more than assumed, and the increase was 4.6 million Sm3 higher than the Norwegian Petroleum Directorate’s autumn 2014 estimate. The fields that were planned to start production in 2015 have, overall, produced less than half of what was reported in the autumn of 2014, mainly as a result of delayed start-up.

For 2016, the Norwegian Petroleum Directorate estimates that oil production will drop somewhat compared to 2015, to 89 million Sm3 (1.53 million barrels) per day. Production is expected to remain at a relatively stable level over the next few years, but will decline somewhat more than predicted in the previous prognosis. The uncertainty is particularly contingent on ability of the reservoirs to deliver, drilling of new development wells, start-up of new fields and the regularity of the operational fields.

The below table shows the production forecast according to product for the next five years.

During the period 2016-2020, oil production is expected to reach 420 million Sm3. This is 30 million Sm3 less than in the previous five-year period. Most of the oil is expected to come from producing fields and fields under development, including measures for improved recovery on the same fields. Production that is approved represents 95 per cent of the volume in the five-year period. 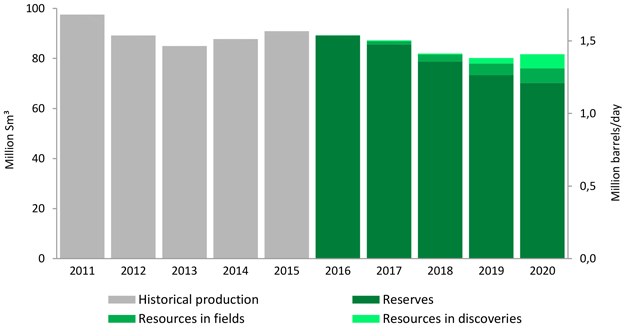 The prognoses were prepared under the assumptions in effect in autumn 2015. Developments in the oil price going forward will impact the activity level, and thus production in the somewhat longer term.