12/01/2017 Oil production increased for the third consecutive year, and the start-up of Goliat means that the Barents Sea is contributing to oil production for the first time. Gas sales from the Norwegian shelf maintain the same record-high level as in 2015. Production is expected to remain at a relatively stable level over the next few years.

A total of 1113 million Sm³ o.e. was produced over the five-year period 2012-2016. Production over the next five years is expected to be around the same level. 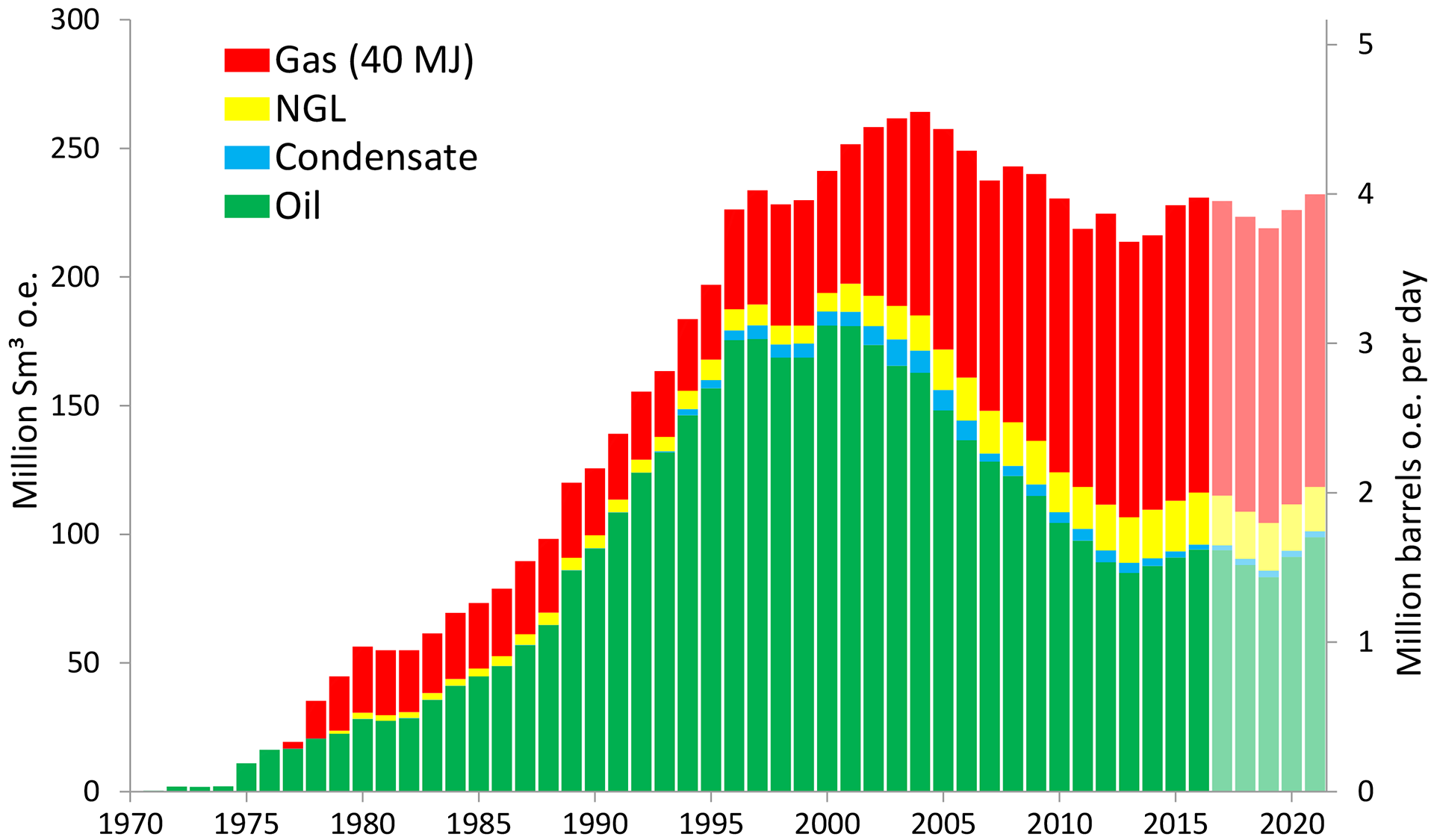 Forecasts for production of condensate and NGL for 2017 have also been prepared,

A total of 116.8 billion Sm³ of gas was sold in 2016 (114.6 billion Sm3 40 megajoules of gas). This is quite similar to 2015. The level of gas sales is difficult to predict, even over the short-term. Sales in 2016 were nine per cent higher than what we projected at the same time last year. This is, among other factors, due to continued high demand for gas from Europe. Several operating fields have raised gas production. This is evident in the prognosis for gas sales over the short-term (Figure 2‑2.), which illustrates a stable, high level of gas sales from the Norwegian shelf moving forward. 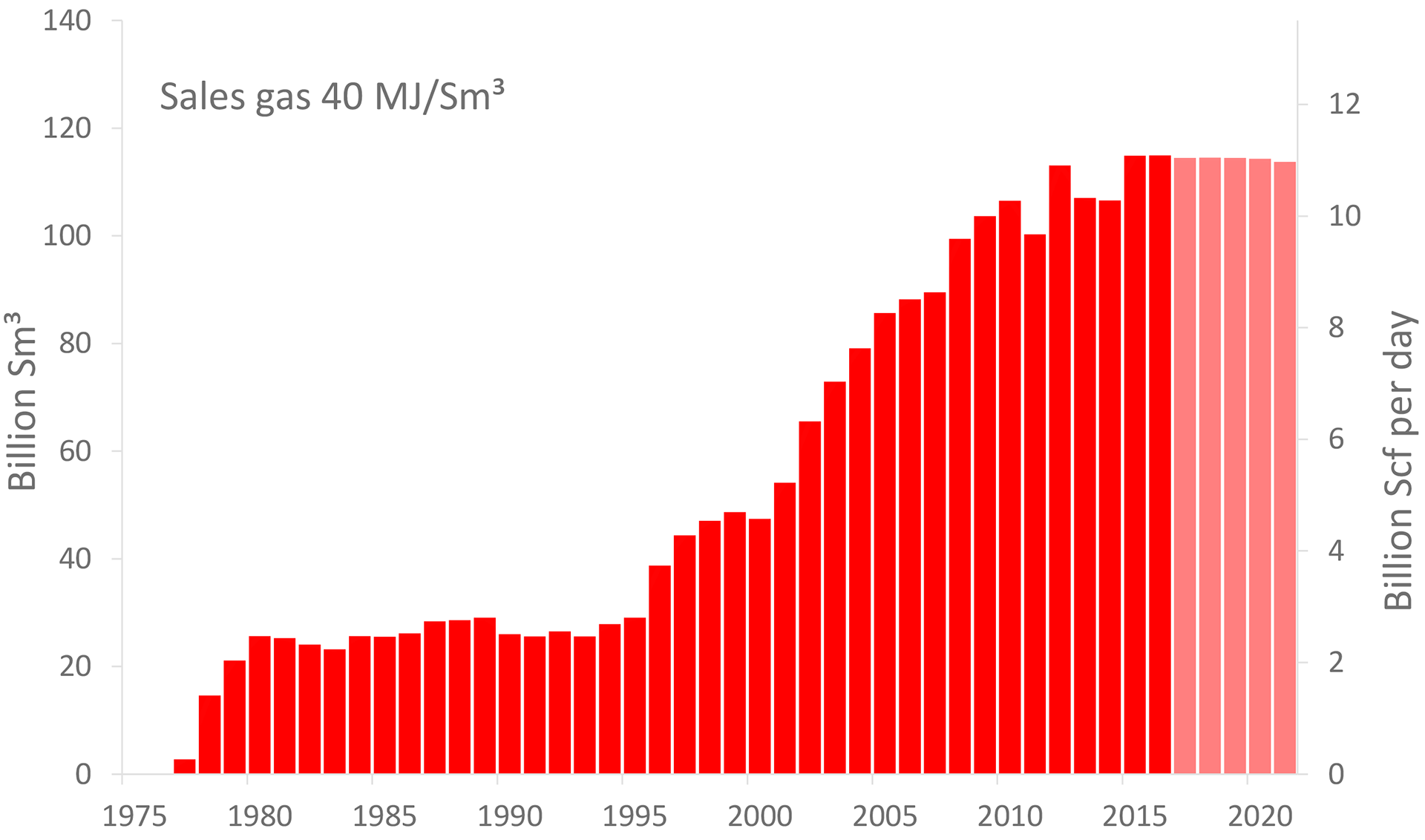 94.1 million Sm³ of oil (1.62 million barrels per day) was produced in 2016, compared to 91.0 million Sm³ (1.56 million barrels per day) the preceding year. This is an increase of more than three per cent. The contribution from new fields in production amounts to more than five million Sm³ of oil in 2016. Fields that have been in production longer have seen less production decline than expected. The major causes of this are high regularity and the fact that a considerable number of new production wells are being drilled more quickly than presumed.

The NPD's prognosis forecasted somewhat lower oil production in 2016 than the preceding year. However, many of the older fields have produced vastly more than presumed, and production was five million Sm³ higher than the NPD's projections from the autumn of 2015.

As regards 2017, the NPD projects that oil production will remain at the same level as in 2016, 93.9 million Sm³ (1.62 million barrels) per day. Production is expected to decline somewhat leading up to 2020, where the contribution from Johan Sverdrup is expected to raise the production level yet again. The uncertainty is particularly related to drilling of new wells, start-up of new fields, the reservoirs' ability to deliver, and the regularity of fields in operation. 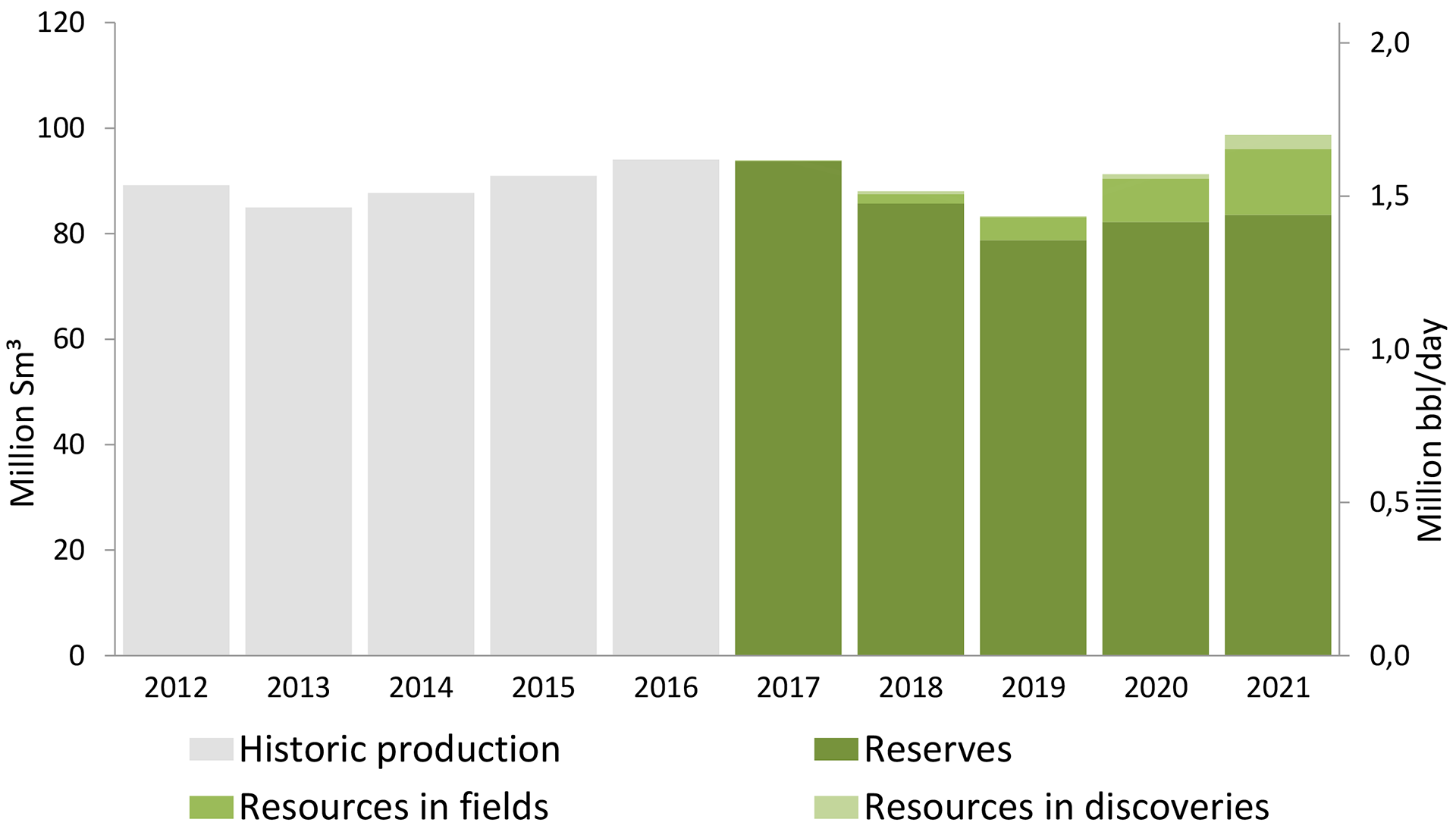 These prognoses have been prepared under the prevailing assumptions for the autumn of 2016. Future development in the oil price will affect the activity level, and thus production over the somewhat longer term.

The most recent prognosis from the NPD shows a substantially higher production level than that shown in the Shelf in 2015. During the period from 2017 to 2030, it is now estimated that production will be five per cent higher than the estimate shown last year.

Production development in recent years shows that the fields, through efficiency measures, particularly within drilling of wells and regularity on the facilities, produce more than previously presumed. Now additional development wells have been included in the prognosis, and we have also premised higher gas sales during the period than previously. The NPD also presumes that several projects will start production earlier, as a result of cost reductions.

Figure 2‑4  shows the new production prognosis compared to the one presented in the Shelf in 2015. The prognosis shows a relatively flat production development until the mid-2020s. Compared to the previous prognosis, production is presumed to be higher until 2027. This is, among other factors,  due to expectations of greater drilling activity, better regularity on operating fields and a lower cost level, which contributes to quicker phase-in of new projects than previously presumed.

The contribution from petroleum for which production is approved remains at a stable, high level over the next five-year period. The production level will be maintained over the subsequent five years with contributions from resources from fields and discoveries for which development has yet to be approved. Leading up to 2030, production from undiscovered resources is expected to play a greater role. 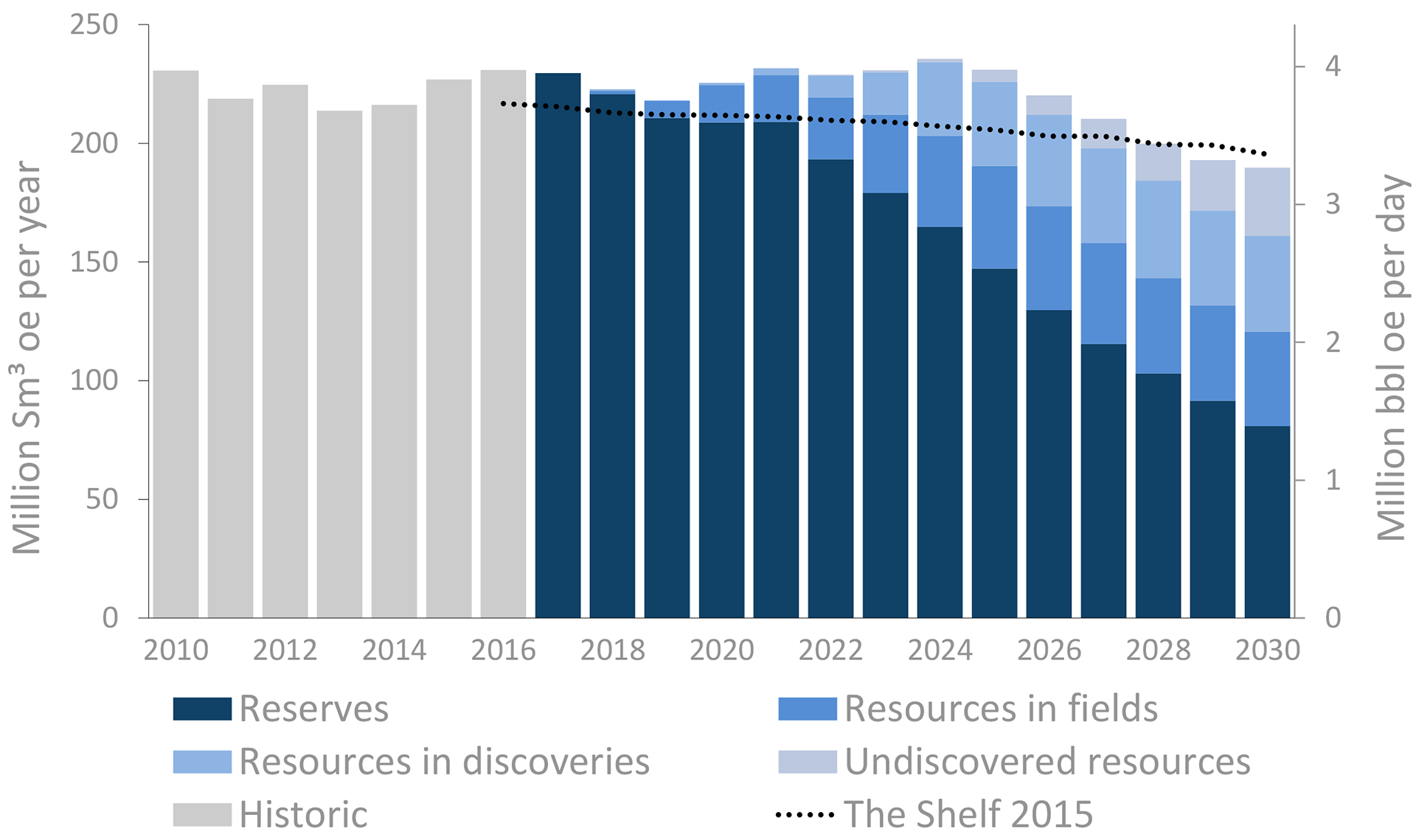