A milestone for the Barents Sea

05/12/2017 The licensees in the Johan Castberg discovery in the Barents Sea submitted a Plan for Development and Operation (PDO) to the authorities today.

The development concept facilitates further development of this petroleum province. Expected investments are up to NOK 50 billion.

The proposed development concept is a floating production, storage and offloading vessel (FPSO) with an associated subsea facility with wells. Oil will be loaded on the field and transport ships will ship the oil to the market.

At the same time, operator Statoil is cooperating with the other operators in the Barents Sea to investigate the possibilities of finding a profitable oil terminal solution at Veidnes in Finnmark County.

The plan is to start production in the fourth quarter of 2022, eleven years after the discovery well 7220/8-1. The field has an expected lifetime of 30 years.

It is expected that 88.7 million standard cubic metres of oil can be recovered from Johan Castberg. This corresponds to 558 million barrels. The basis for the development is oil discoveries in three separate deposits (Skrugard, Havis and Drivis).

Johan Castberg will become the first infrastructure in this petroleum province and will thus become an important building block for future activity in the Barents Sea southwest and further north. The authorities have been concerned with ensuring that a solution is chosen that facilitates further development of the province, instead of a solution that is tailored just for Johan Castberg’s needs.

Johan Castberg is located in production licence 532. Statoil is the operator with an ownership interest of 50 per cent. The other licensees are Eni with 30 per cent and Petoro with 20 per cent. 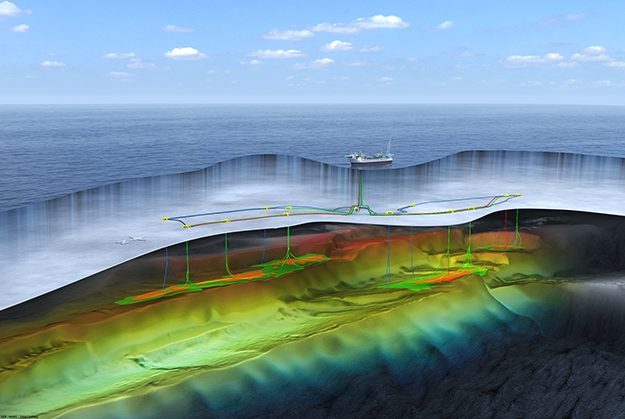