21/12/2017 On Thursday, the authorities received an amended Plan for Development and Operation (PDO) for the Snorre expansion project.

The development is one of the largest projects for improved oil recovery (IOR) on the Norwegian shelf.

The project contributes to extended operations and will yield significant additional revenues, also for the Norwegian society.

The Snorre field is located approximately 150 kilometres west of Florø in Sogn og Fjordane County. Water depth varies from 300 to 380 metres. The first development plan for Snorre was approved by the authorities in 1988 and the field has been producing since 1992. With the new expansion and other measures to extend the lifetime, the licensees are planning for a production horizon until 2041 – with a possibility for even further extension.

Operator Statoil has estimated that the recoverable resources will amount to 31 million standard cubic metres (Sm3) of oil (195 million barrels). This is nearly double the oil reserves in the Gina Krog field in the North Sea.

Production start-up is scheduled for the first quarter of 2021.

The development project consists of three development parts: Subsea templates, upgrades on the Snorre A facility, as well as import of gas to improve oil recovery from the field.

The Snorre field’s reserve basis is 276 million Sm3 of oil. Of this, approx. 63 million Sm3 have yet to be produced. There will now be an additional 31 million Sm3 from the new development project.

The Snorre field is complex and divided by many faults. A large number of wells is required to recover the significant remaining resources.

“This project increases the field’s recovery rate from 46 to 51 per cent, which is very good for such a complex reservoir. The development plan is the result of dedicated work on the part of the companies and the authorities, an effort that has been ongoing for the past 12-15 years. This means that this is quite the banner day,” says Arvid Østhus, assistant director for Development and operations in the Norwegian Petroleum Directorate.

The further development of the Snorre field is in line with the ambitions set forth in Storting White Paper No. 28 (2010-2011) – the Petroleum White Paper. This report devotes particular attention to improved recovery from operational fields.

“For a long time, the authorities have been working to achieve a grand solution, which entails that all profitable resources can be produced. The solution being presented lays the foundation for a long-term further development of the Snorre field and realisation of major assets for the Norwegian society,” says Ingrid Sølvberg, Director for Development and operations in the Norwegian Petroleum Directorate. 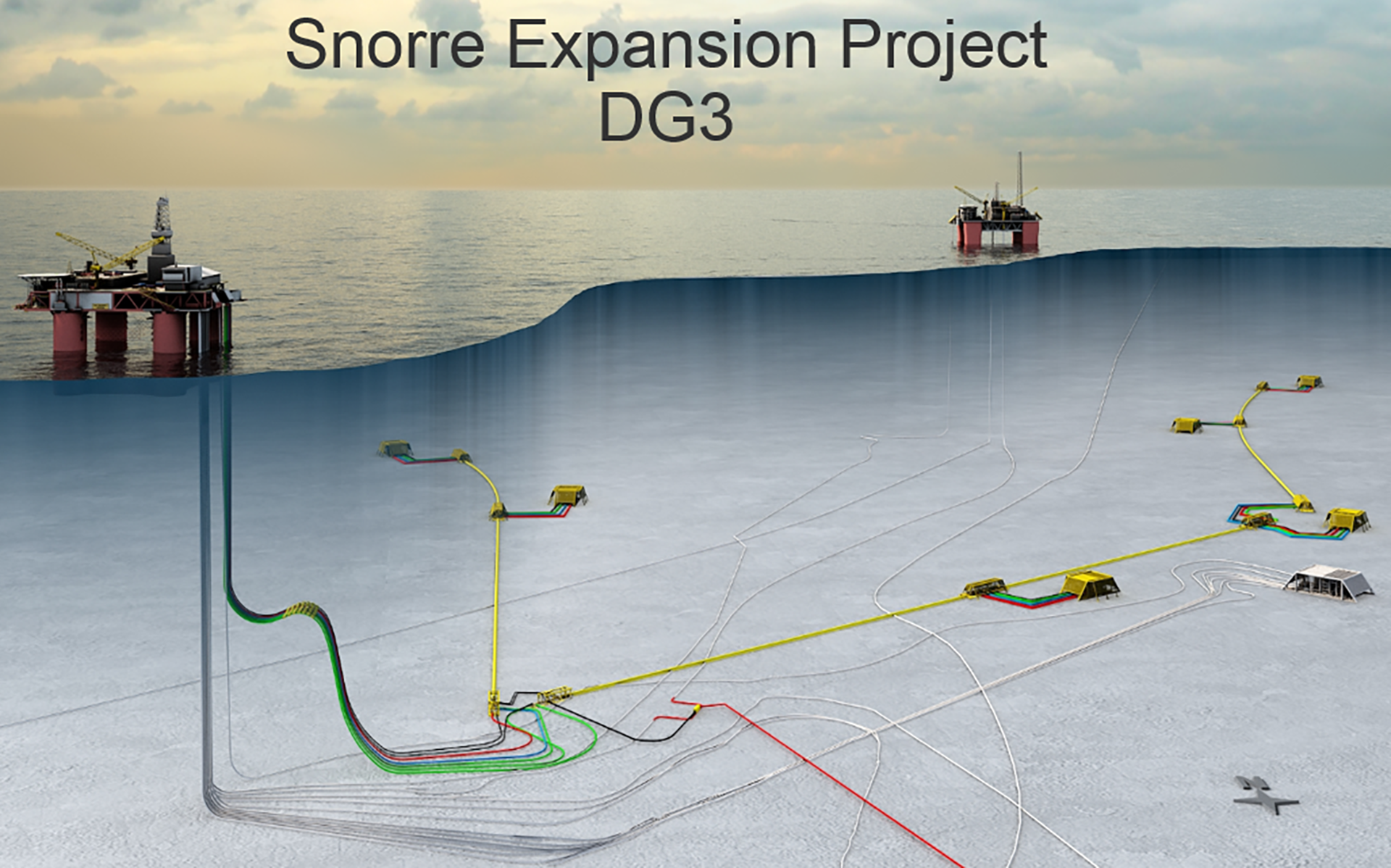 One of the largest projects for improved recovery will be implemented on the Snorre field in the North Sea. The subsea development consists of six subsea templates, each with four wells. The plan is to have twelve wells for production and twelve wells for water and gas injection. The development facilitates tie-in of additional subsea templates.
(Illustration: Statoil)