19/12/2017 On Tuesday, the licensees, led by operator VNG, submitted a Plan for Development and Operation (PDO) for Fenja in the Norwegian Sea. Investments are expected to total approx. NOK 10 billion.

The Fenja development includes plans for two deposits: "Pil" (6406/12-3S) and "Bue" (6406/12-3A), both discovered in 2014. The planned development solution is a sequential development where Pil is developed and where Bue represents an upside that can be confirmed through the drilling of production wells on "Pil" before potential production will start.

The plan is to produce the discoveries to the Njord A facility, about 35 kilometres north of Fenja.

Production is scheduled to start in the fourth quarter of 2020. The recoverable reserves are expected to total approx. 15.5 millions standard cubic meters oil equivalents (97 million barrels).

The development solution consists of two seabed templates with production wells, as well as water and gas injection wells. The plan is to carry out modifications on the Njord field while Njord is on land for upgrades.

"The work carried out by the licensees on Fenja and Ærfugl, in cooperation with the suppliers, is important. The Norwegian Petroleum Directorate expects that this type of solution will become an important contribution to the effort to enable future multi-phase transport over greater distances on the Norwegian shelf." 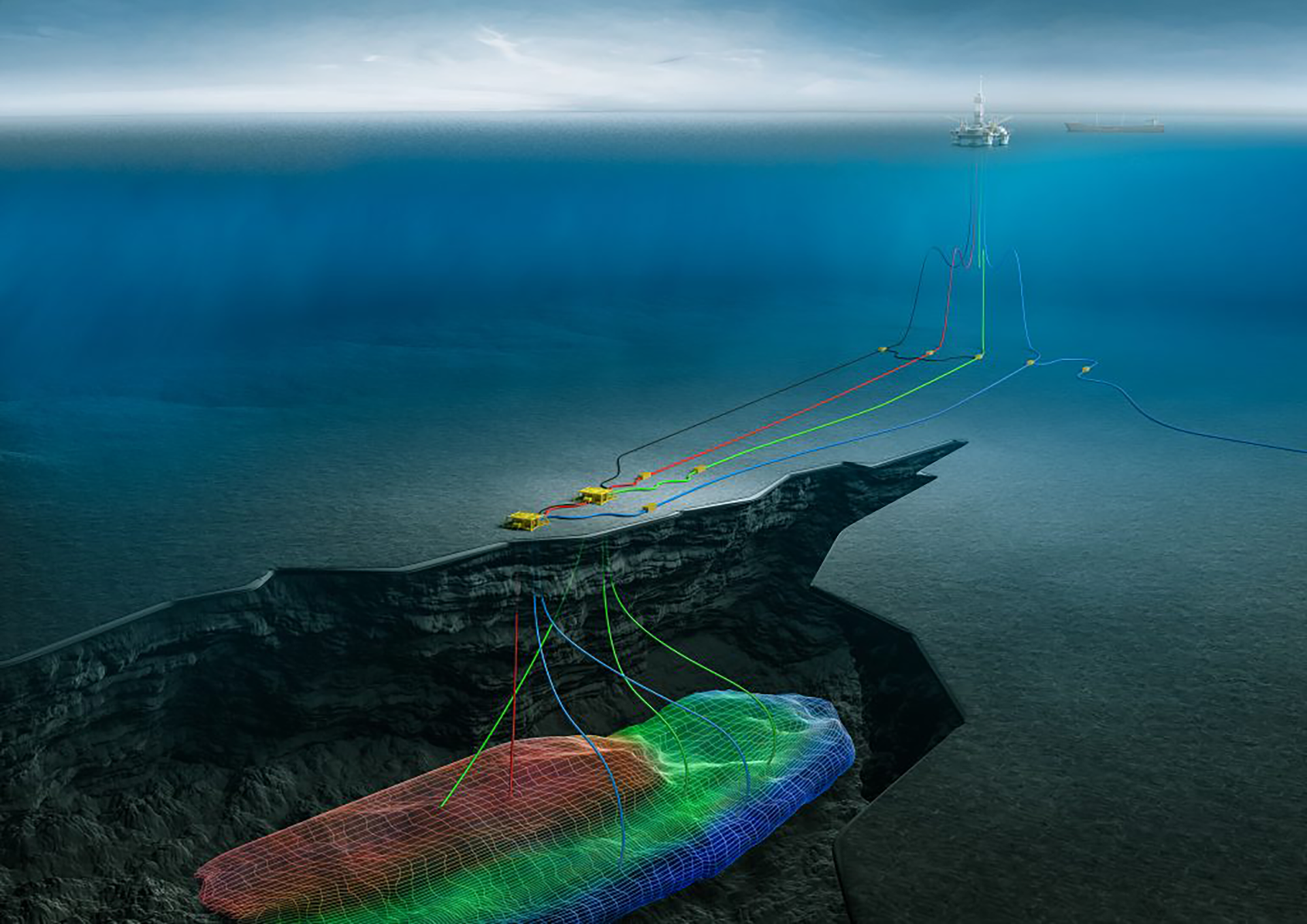 Fenja will be developed with subsea facilities tied in to the Njord platform
(Illustration: VNG)