“Gina Krog is an important contribution towards maintaining a high level of profitable production from the shelf,” says Tove Francke, the Norwegian Petroleum Directorate’s Assistant Director for the Southern North Sea.

She also praises the licensees, headed by the operator, for a well-executed project that delivered on schedule and on budget.

The field was developed with a production facility resting on the seabed and an oil storage ship at a water depth of 110-120 metres. The oil is exported via buoy loaders, and the gas is sent to the Sleipner A platform for final processing. Gas for injection is imported from Zeepipe 2A (Gassled).

This means that three out of four fields on or near the Utsira High are producing. Edvard Grieg started in November 2015, while Ivar Aasen followed in December of last year. Johan Sverdrup is expected to start producing in late 2019.

Gina Krog has been prepared for phasing in current and future discoveries in the area, and will be tied in to a planned joint solution to supply the Utsira High with power from shore. This will be in place in 2022. 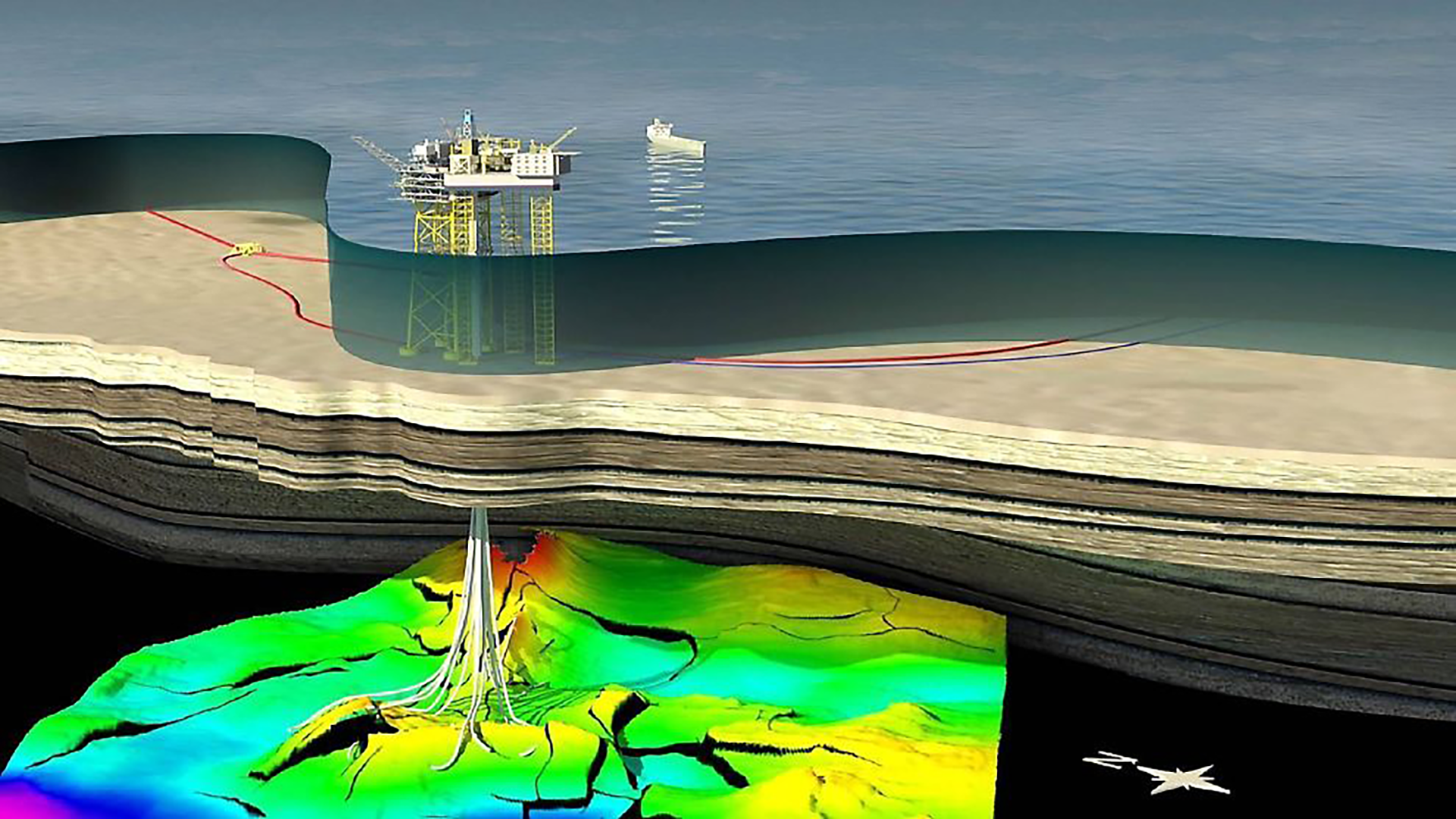 Gina Krog is developed with a seabed production facility and a storage ship for oil.
(Illustration: Statoil)