Ready for start-up of the Maria field

16/11/2017 The Norwegian Petroleum Directorate has granted consent for start-up of production from the Maria field in the Norwegian Sea.

The development will come on stream almost one year ahead of the original plan, at reduced costs and with slightly increased oil reserves.

Production start-up is planned for December 2017, about 10 months ahead of the original plan, which was for start-up in the fourth quarter of 2018. A well executed project and quick, efficient drilling operations have contributed to this.

The development has cost less than anticipated. The investment costs are just over NOK 12 billion, whereas the estimate in the Plan for Development and Operations (PDO) was NOK 15.7 billion.

"The Norwegian Petroleum Directorate is very satisfied with the development of the Maria project," says Kalmar Ildstad, Assistant Director for Development and Operations in the Norwegian Sea.

"With a total of four host facilities, the project is also a good example of the value creation generated from good collaboration with the licensees in surrounding infrastructure."

The licensees in production licences 475 BS and 475 CS have been granted consent for start-up of production.

Maria is operated by Wintershall. The field is located about 240 kilometres northwest of Trondheim, about 20 kilometres east of the Kristin field and approx. 45 kilometres southwest of the Heidrun field.

Maria has been developed with two seabed templates, each with four slots. Current plans are to drill four oil production wells and two water injection wells.

Good collaboration on utilisation of various host facilities has made the Maria development possible in such a short amount of time. The wellstream from Maria will be transported via a seabed pipeline to Kristin for processing and metering.

The stabilised oil will then be routed to the Åsgard C - FSU for storage and offloading. The rich gas will be transported through the Åsgard Transport System (ÅTS) to Kårstø, where NGL and condensate will be extracted.

Gas for gas lift will be supplied from Åsgard B via the Tyrihans D template. Injection of sulfate-reduced water from Heidrun TLP will be used for pressure support. 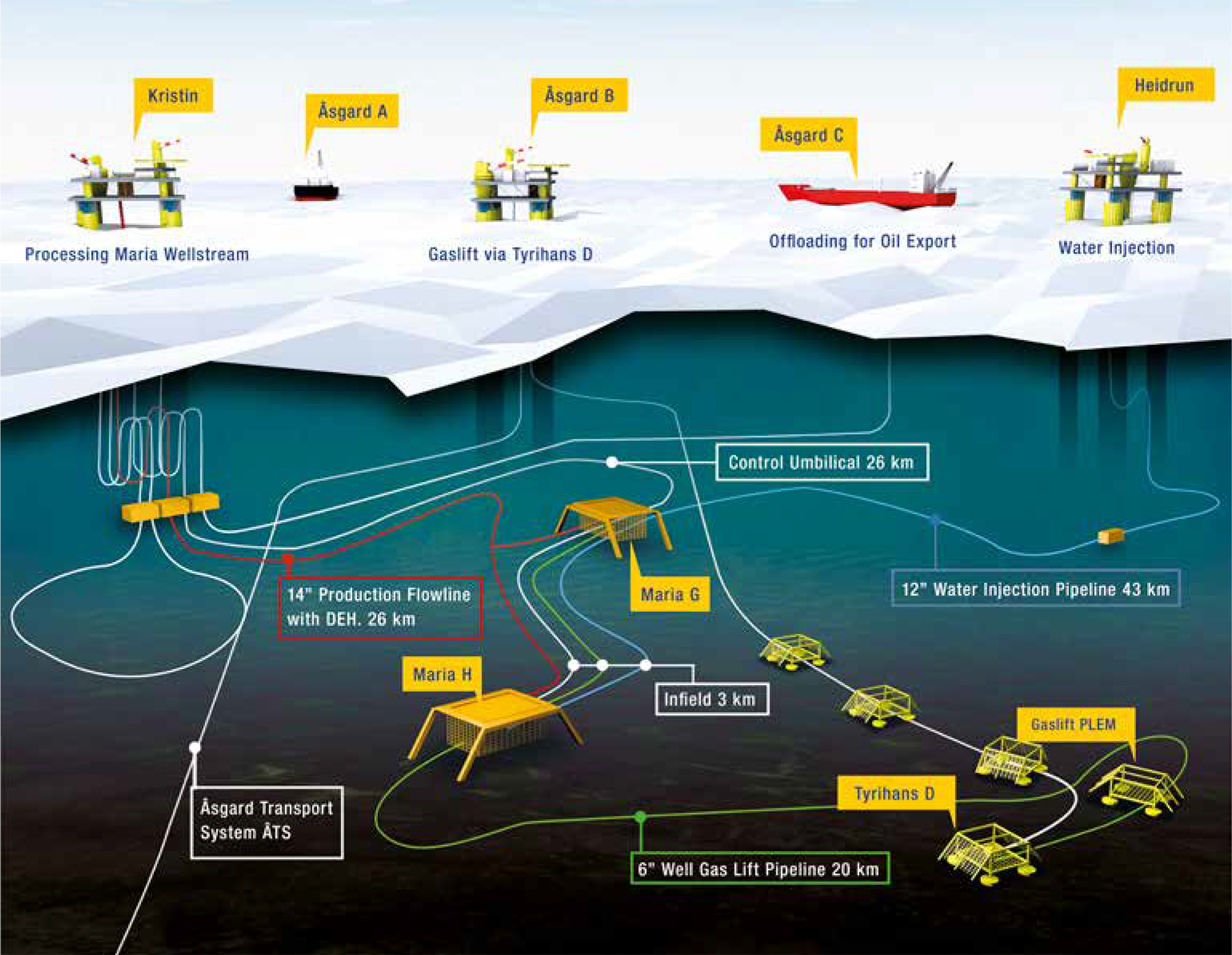