19/12/2017 On Tuesday, operator Repsol submitted a new Plan for Development and Operation (PDO) for the Yme field in the North Sea. More eight billion kroner will be invested in the development. The planned start-up is 2020.

The plan is to develop Yme using existing facilities that were installed on the field during the development in 2007. Production is planned from the leased jack-up drilling and production facility, Mærsk Inspirer. It will be modified and adapted to operations on Yme.

“The objective of our petroleum management policy is to ensure the greatest possible value creation for society from the petroleum resources on the Norwegian shelf. The Norwegian Petroleum Directorate takes a positive view of new initiatives from the industry that can contribute to increasing socio-economic value creation, including the initiative to exploit the value potential in Yme,” says Tove Francke, assistant director of Development and operations, North Sea south.

Over the next few weeks, the Norwegian Petroleum Directorate will conduct the normal process of reviewing the decision basis, while also assessing financial, technical and resource-related risks associated with the project.

Yme was a producing field from 1996 to 2001, after which the field was shut down and the facilities removed. It was no longer profitable to operate the field. A new PDO for Yme was approved in 2007.

Yme was originally developed with a jack-up production facility and a storage vessel for one of the structures, Gamma. The other structure, Beta, was developed with subsea wells.

Due to structural faults, this facility could not be used, and it was removed in 2016 without initiating production on the field.

A total of nine wells will now be re-used and six new wells are planned. The strategy is to produce from horizontal wells with pressure support from water injection and water-alternating-gas injection. All produced water and all gas will be re-injected into the reservoir.

The existing facilities on Yme comprise a caisson, a subsea oil storage tank, pipelines and a connection between Gamma and Beta, manifold and subsea template with three slots on Beta, subsea loading system for oil from the storage tank, and wells on both Gamma and Beta. 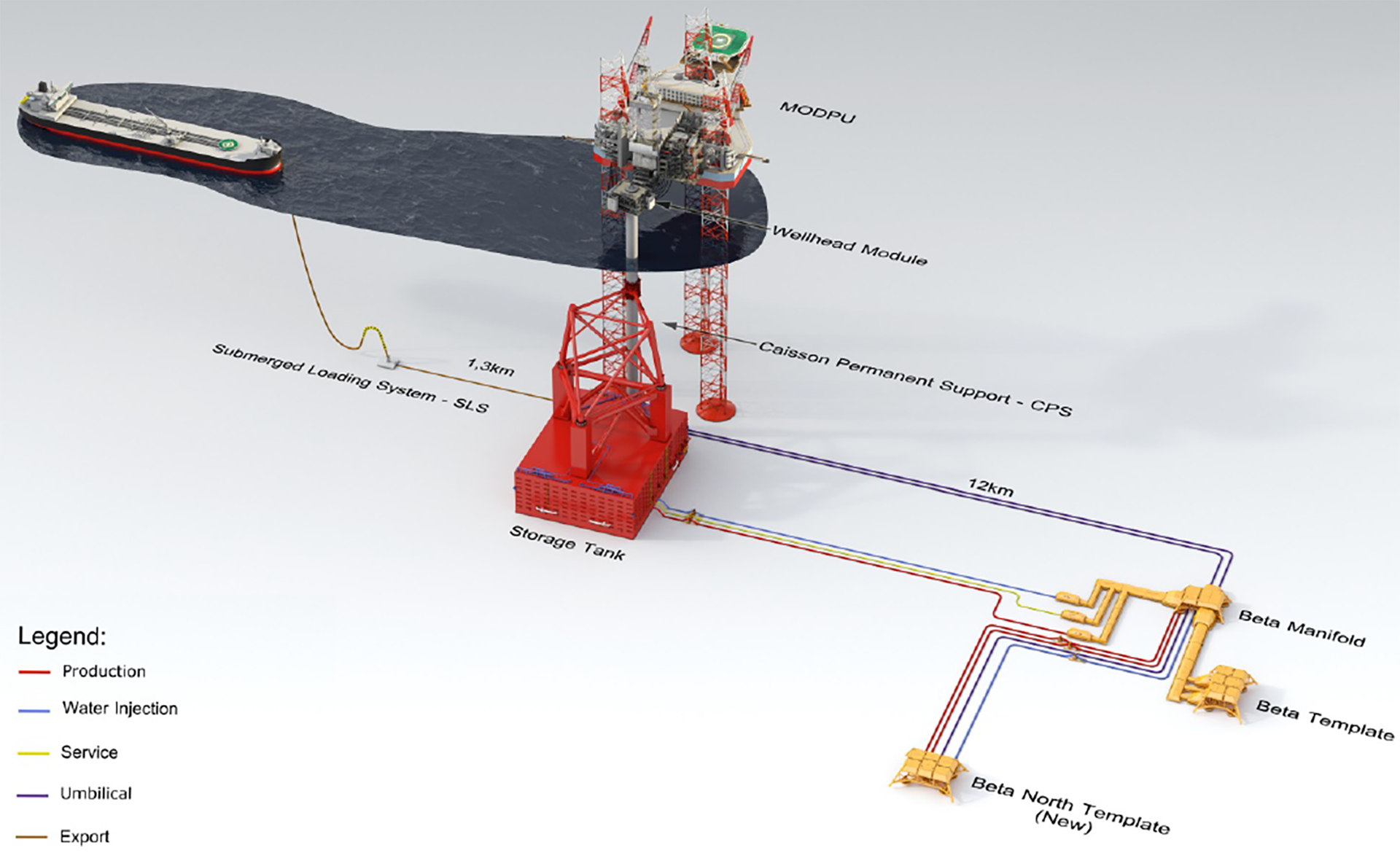