One of the PDOs concerns the Valhall western flank in the North Sea. The development will take place with an unmanned wellhead platform that will be controlled from the field centre on the Valhall field. Wellhead platforms have previously been installed on the southern flank and the northern flank of Valhall.

The new facility will have twelve well slots and six new wells will be drilled. There are thus six available slots for future wells.

The development will increase the reserves by approx. 10 million standard cubic metres of oil (60 million barrels).

The investment is expected to cost upwards of NOK 5.5. billion.

“The Valhall western flank project is an important building block in the development of the Valhall field,” says Tove Francke, assistant director for Development and Operations - North Sea in the Norwegian Petroleum Directorate.

“New infrastructure enables recovery from the least developed area on the field and facilitates new wells in the more mature areas.”

Valhall is a chalk field in the southern part of the Norwegian sector in the North Sea, approx. 300 kilometres from Stavanger. Production started in 1982. There have been multiple field developments since. The field is supplied with power from shore, and the new facility will also receive power from shore.

The recovery rate from the area is around 27 per cent. The plan is to increase this to more than 40 per cent within 2042. 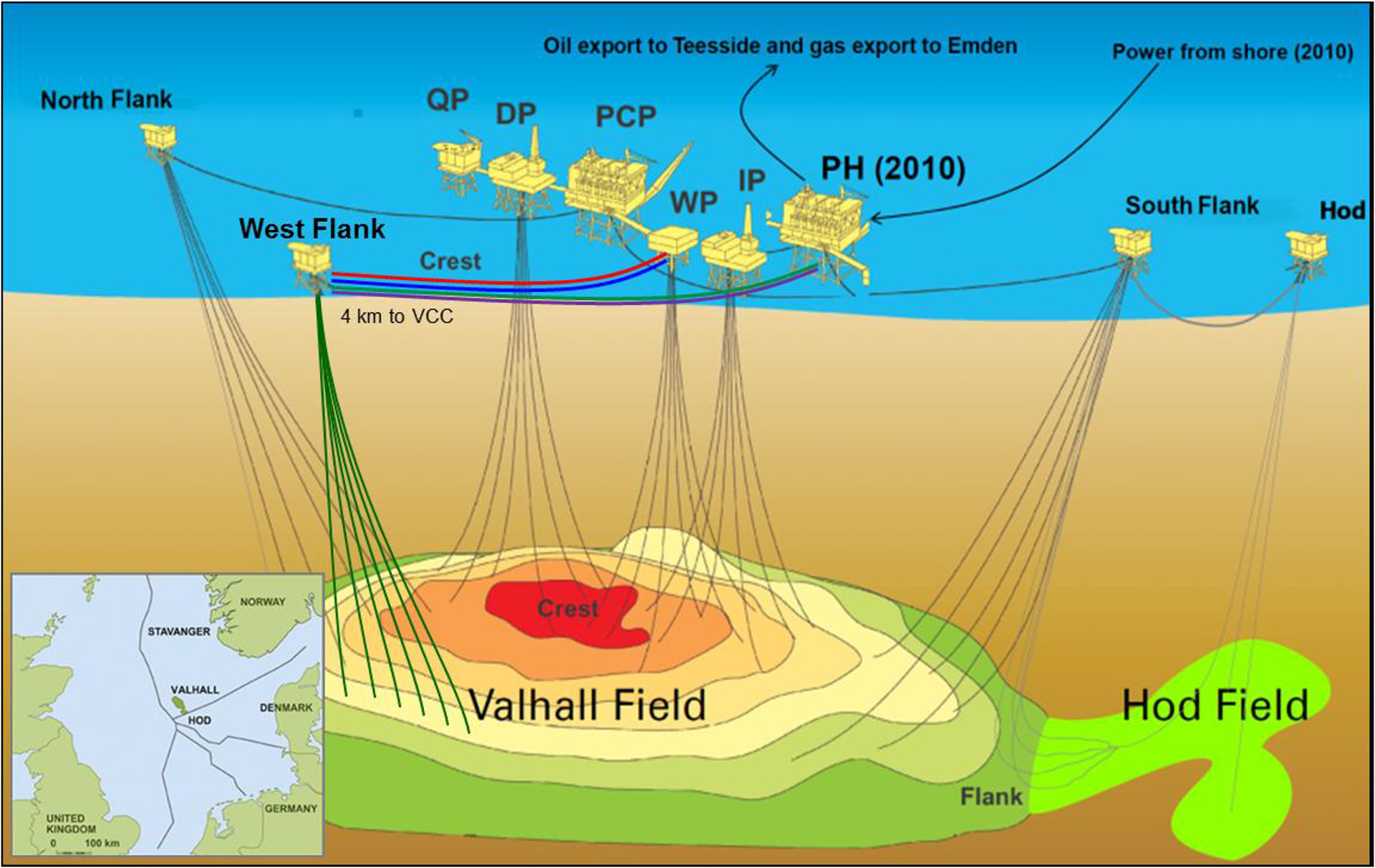 Aker BP also submitted the PDO for the Skogul discovery (previously called Storklakken), which was proven in 2010.

Skogul in the North Sea will be one of the smallest fields on the Norwegian shelf with a reserve basis of approx. 1.5 million standard cubic metres of oil (approx. 9.4 million barrels).

Investments are estimated at NOK 1.5 billion.

Skogul will be developed with a two-branch well. This will be drilled from a subsea template tied-in to the installations on the Vilje field and will be connected to the pipeline from Vilje to the Alvheim field. The processing of oil and gas from Skogul will take place on the floating production facility Alvheim FPSO.

Alvheim  is the field centre for the Volund and Bøyla fields, in addition to Vilje.

“It is positive that the licensees have found it profitable to develop a small field like Skogul,” says assistant director Tove Francke. She adds that the development of Skogul will make it easier to develop other discoveries in the area. 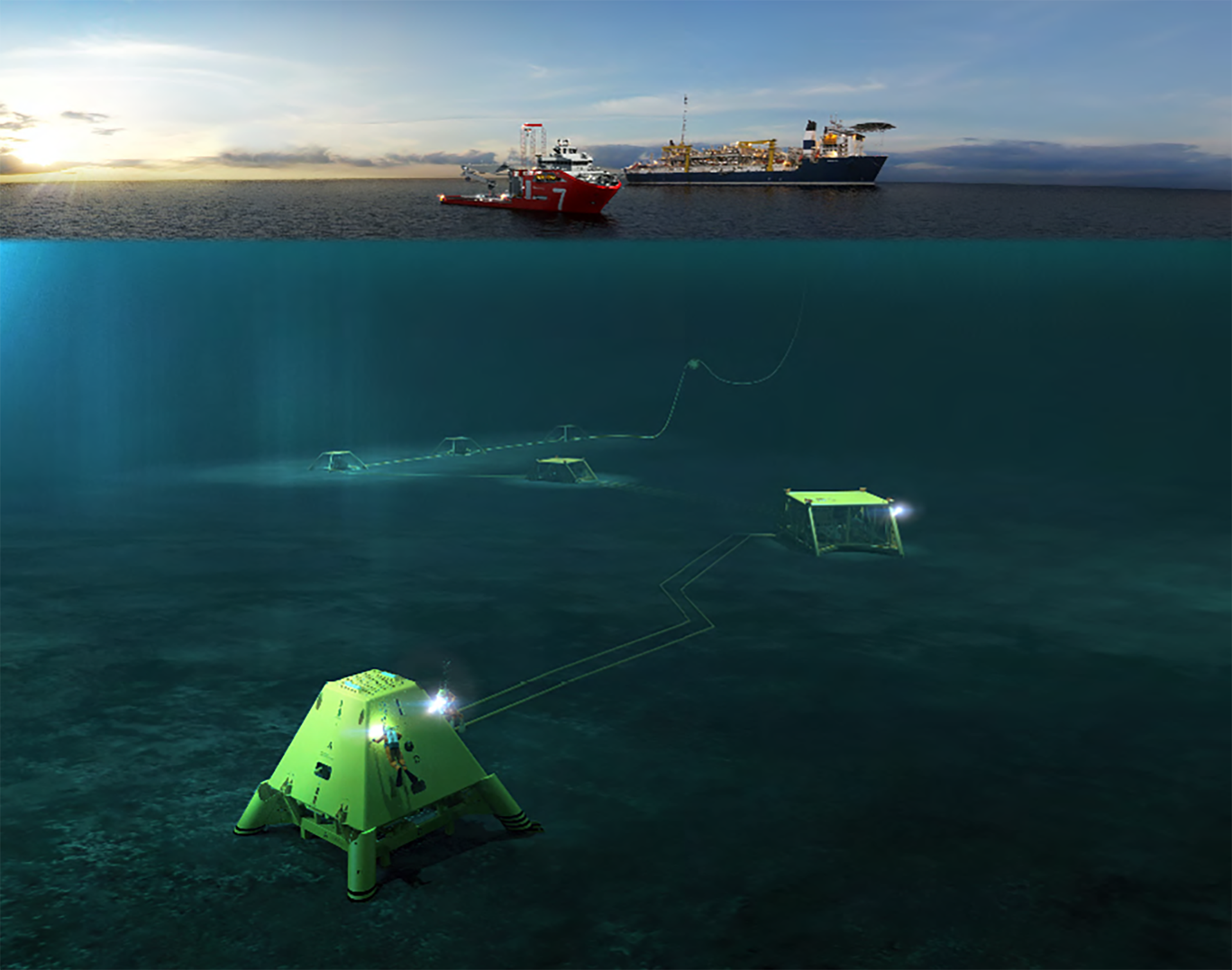 The processing of oil and gas from Skogul will take place on the floating production facility Alvheim FPSO.

Ærfugl is located just west of the Skarv field in the Norwegian Sea, 200 kilometres west of Sandnessjøen. The gas reserves are estimated at about 35 billion standard cubic metres (Sm3).

The total investment amounts to about NOK 8.5 billion, of which NOK 4.5 billion will be invested in phase one.

Both phases are being developed with three independent satellite wells and the plan is for them to be tied-in to the Skarv FPSO for processing and further transport. New wells can be connected on the outermost satellite wells, for use on Ærfugl or from potential other prospects in the area.

“Leading up to the PDO, the licensees have done a good job optimising value creation. Costs have been reduced and the reserve basis has increased. The current development appears to have a very good socioeconomic value. In addition to the project’s own value, it also contributes to an extended lifetime and increased value creation on the Skarv field,” says Kalmar Ildstad, assistant director for Development and Operations, Norwegian Sea in the Norwegian Petroleum Directorate. 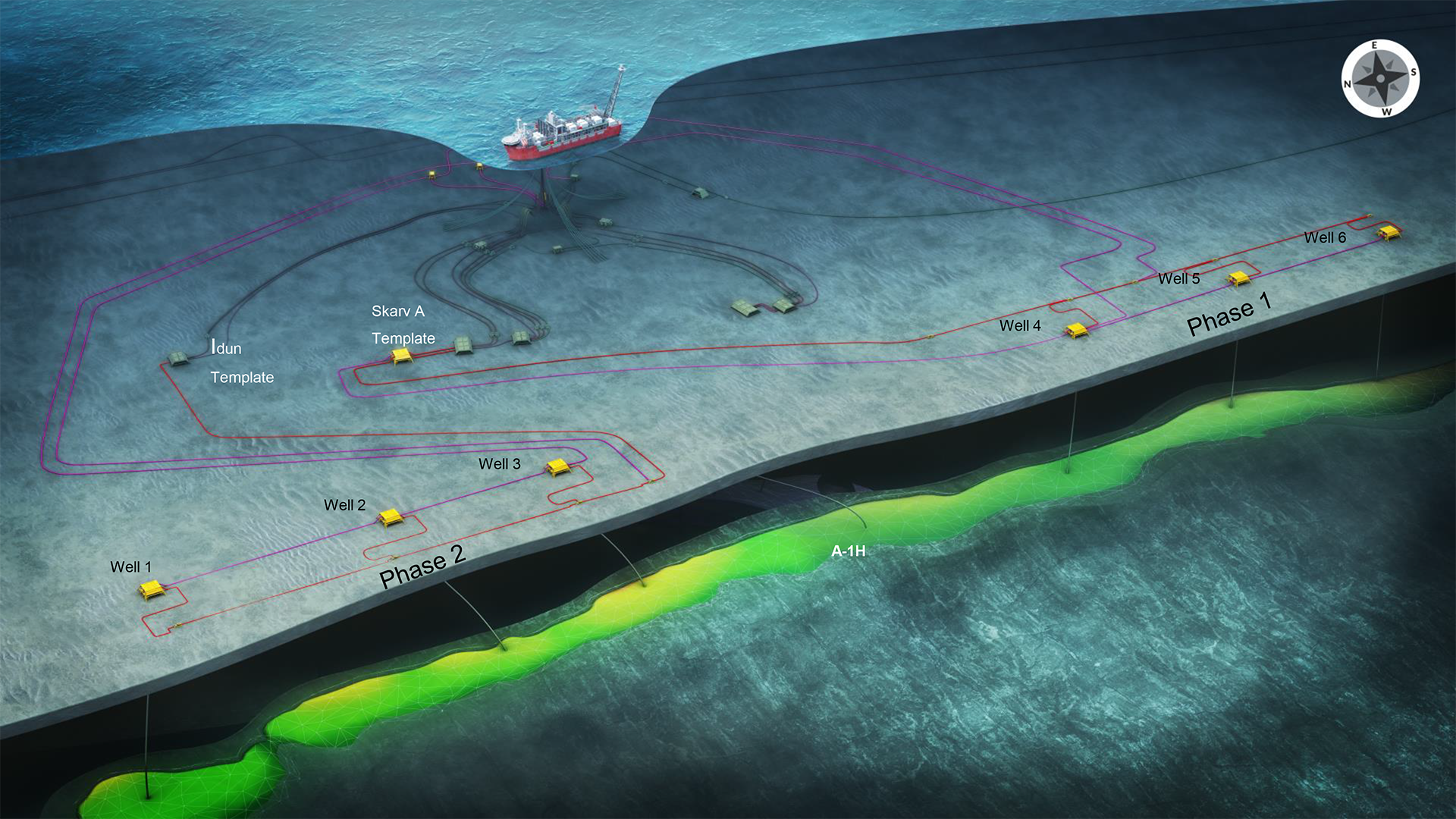 Both phases are being developed with three independent satellite wells and the plan is for them to be tied-in to the Skarv FPSO for processing and further transport.