16/05/2018 On Wednesday, the licensees, led by operator Wintershall, submitted a plan for development and operation (PDO) for the Nova oil field (previously “Skarfjell”) in the North Sea. Development costs are estimated at NOK 9.9 billion.

Nova is a subsea development that will be tied in to the Gjøa facility via pipelines. Neptune is the operator for Gjøa. Nova is located 17 km southwest of Gjøa and approx. 50 km from Florø.

The plan is to start production in September 2021. The recoverable reserves are expected to be about 12.2 million standard cubic metres of oil equivalents (77 million barrels).

The development solution consists of two subsea templates with three production wells and three water injection wells. The field will be developed with the flexibility to accommodate one additional subsea template with four wells.

The development includes a new module on Gjøa, which accounts for around NOK 2 billion of the total development costs. Gjøa is already prepared to accommodate third-party tie-in.

Gjøa will also deliver lift gas to the field and water injection for pressure support. The Nova field will receive power from shore via the Gjøa platform.

Nova was proven in 2012. The production licence was awarded in 2007 as part of the APA round in 2006 – Awards in Predefined Areas.

The NPD has performed its own studies and has promoted the use of water injection on Nova to ensure optimal utilisation of the oil resources. 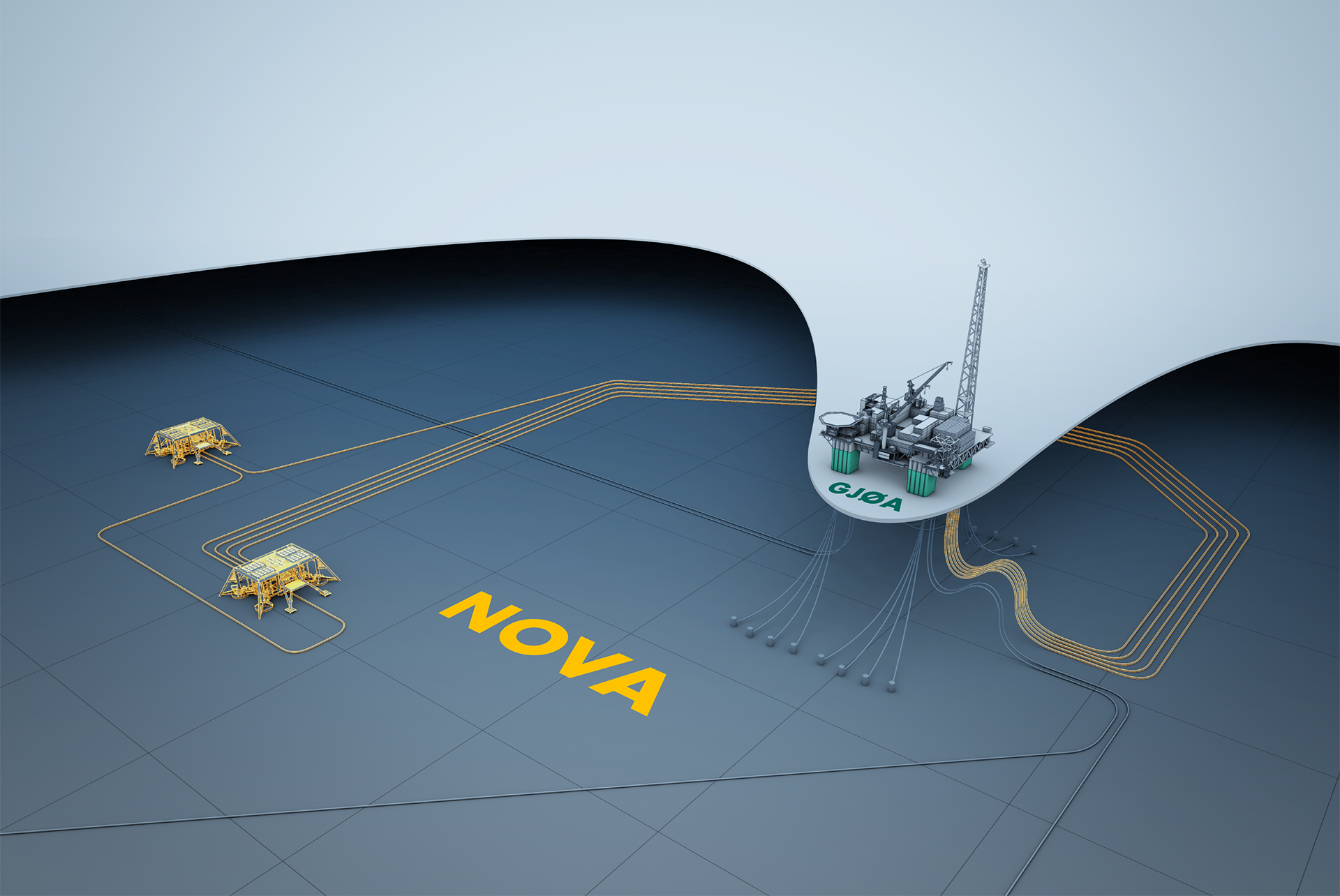 Nova is a subsea development that will be tied in to the Gjøa facility in the North Sea.
(illustration: Wintershall)