Record number of exploration wells in the Barents Sea

A total of 34 exploration wells were completed in 2017, a decline of 3 from the previous year. Based on the companies’ plans, the number of exploration wells in 2018 is expected to remain at approximately the same level as in 2017. 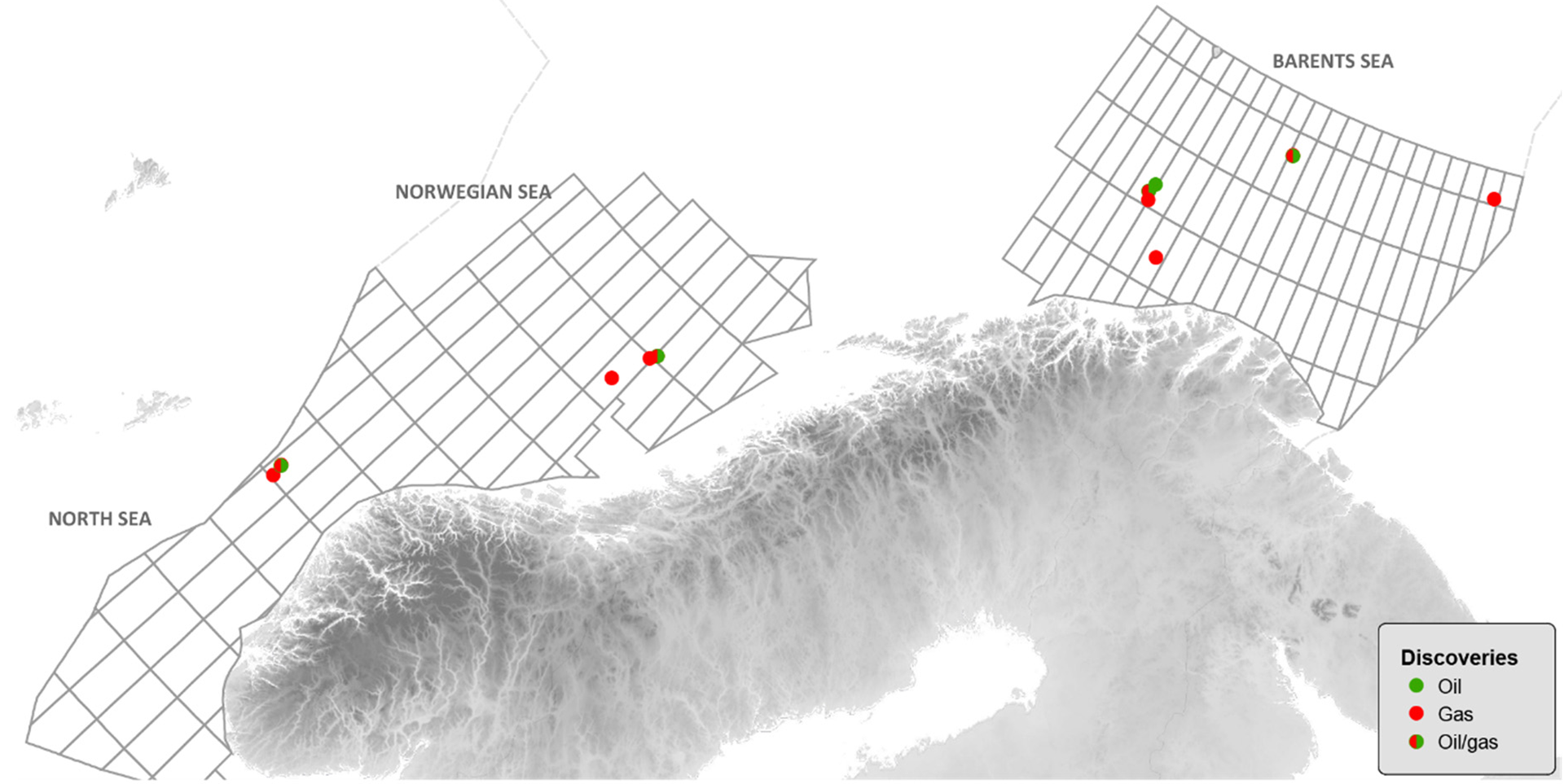 The largest discovery in 2017 is Lundin’s oil and gas discovery in wildcat well 7219/12‐1 (Filicudi) in the Barents Sea. Preliminary estimates place the size of this discovery between 10 and 20 million Sm³ of oil equivalents.

Several of the discoveries in the North Sea and the Norwegian Sea are located in areas where they can be developed via existing infrastructure. Here, even small discoveries can contribute significant value creation.

In 2018, submitted plans indicate that most exploration wells will be drilled in the North Sea. If petroleum production is to be maintained at the current level beyond 2025, it is absolutely essential that additional profitable resources are proven, also larger discoveries.

The authorities’ contribution towards maintaining a high level of exploration activity is to ensure that the companies have good access to data, stable framework conditions and, not least, regular access to attractive acreage. The APA area was substantially expanded in 2017, with the largest expansion in the Barents Sea.

Most to be found in the North

The Norwegian Petroleum Directorate regularly updates its estimates of undiscovered resources. The update performed in 2017 is based e.g. on the NPD’s mapping of the unopened areas in the Barents Sea North. The update reveals that the resources in the Barents Sea are now around 80 per cent higher than in the previous analysis from 2015, while the estimate is approximately the same for the North Sea and the Norwegian Sea. 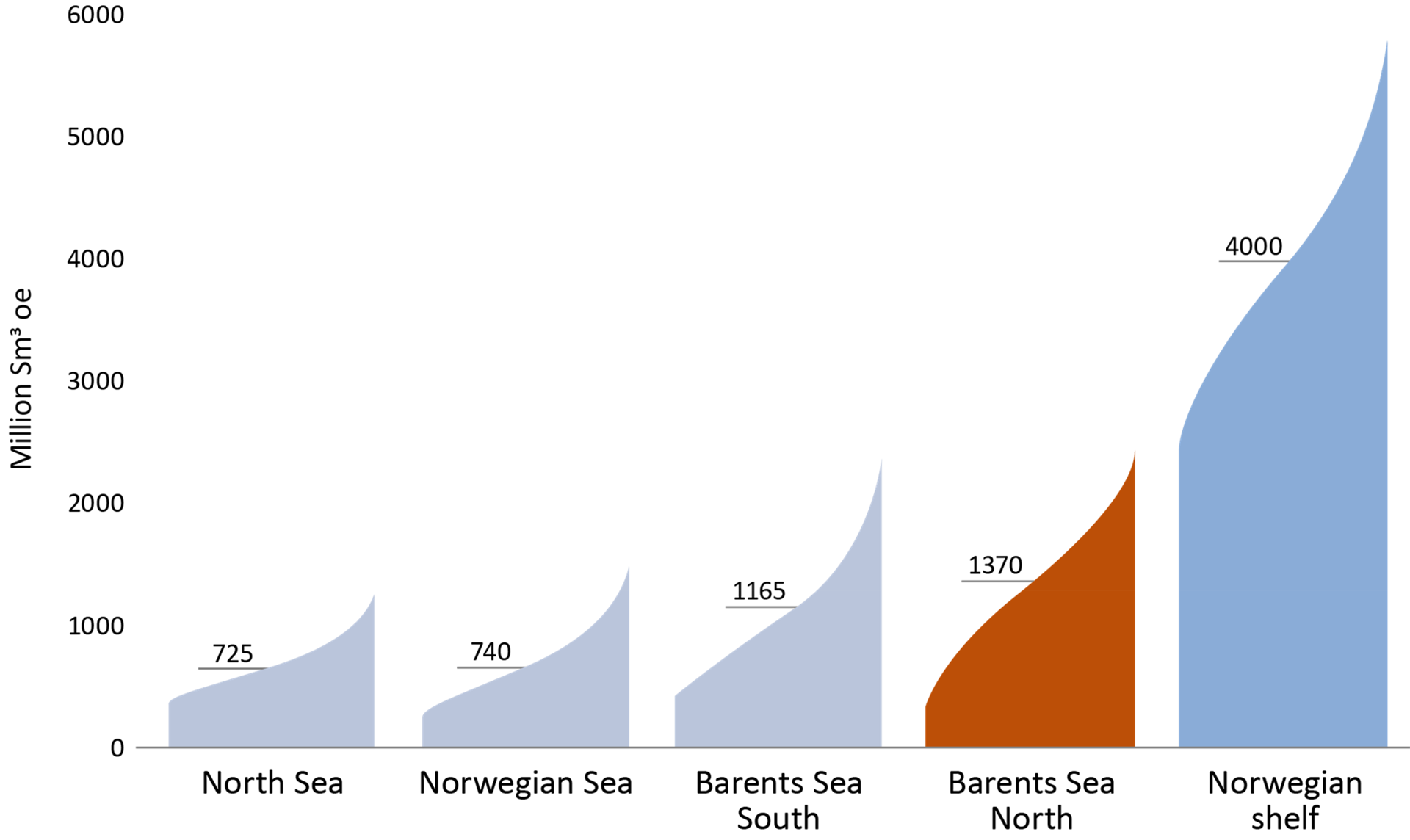 Figure 4‐2 Estimate of undiscovered resources on the Norwegian shelf

Nearly two‐thirds of the undiscovered resources are located in the Barents Sea (Figure 4‐2). Therefore, this area will play an important role if we are to prevent declining production from 2025. The Norwegian Petroleum Directorate has continued its mapping of the Barents Sea North in 2017. More than 4500 kilometres of 2D seismic have been acquired on the Gardarbank High East, northeast of Bjørnøya and south of Hopen.

The number of applications and awards in recent licensing rounds reveals continued significant interest in exploration on the Norwegian shelf.

Fifty‐six production licences were awarded in APA 2016. As many as 39 companies applied for acreage in APA 2017, and they submitted a record number of applications.

Eleven companies applied for acreage in the 24th licensing round. The announced blocks are located in immature areas, and the applicant list is dominated by large and medium‐sized companies with good technical and financial capacity to explore such areas.

Both discoveries can be produced from nearby infrastructure.

Five wells were completed in the Norwegian Sea. Three discoveries were made.

The largest discovery was 6608/10‐17 S (Cape Vulture). The discovery was made in two sandstone layers in the Lange formation. The licensees will consider further delineation of the discovery with a view towards development via the production and storage vessel (FPSO) on Norne.

All the discoveries are located fairly close to existing infrastructure.

There has been a high level of exploration activity in the Barents Sea in 2017, with 17 completed wells. Six discoveries were made.

Well 7219/12‐1 (Filicudi) proved a gas and oil‐filled reservoir in the Nordmela and Tubåen formations. The discovery is located between well 7220/11‐1 (Alta) and the Johan Castberg field.

Well 7219/9‐2 (Kayak) proved oil in the Kolje formation. This discovery opens the door for further exploration in the area within the same play. Kayak can be tied in to the Johan Castberg field. See Table 4-1.

Well 7325/4‐1 (Gemini North) is a small oil and gas discovery. In addition to proving new resources in the Wisting area, it was important to expand knowledge about what the geophysical measurements conducted in the area (electro‐magnetic data) mean, compared with measurements taken on the Wisting discovery.

Well 7435/12‐1 (Korpfjell) is the first wildcat well in the Barents Sea Southeast, after the area was opened for exploration activity in 2013. This is also the northernmost wildcat well ever drilled on the Norwegian shelf. It is located in a new exploration area, far from other wells, and it thus constitutes an important data point. The well proved gas in the Stø formation. See Table 4-1.

7317/9‐1 (Koigen Central) was drilled far to the northwest in a relatively unexplored area. This well was dry.