04/06/2018 The jury has arrived at three finalists for this years IOR prize. The winner will be announced at the ONS oil conference and exhibition in Stavanger 28 August.

The IOR prize is given to a production licence, company, project or individual expected to create added value on the Norwegian continental shelf (NCS) through groundbreaking work related to improved oil recovery.

This year’s award is the 15th since the prize was instituted by the Norwegian Petroleum Directorate in 1998. The following points are given weight when assessing potential recipients:

No less than 26 nominations were received by the jury for this year’s award, and these varied greatly. Companies, fields, technologies, research institutes and individuals were among those nominated.

After thorough consideration, the jury has arrived at three finalists. The winner will be announced at a major event on 28 August at the ONS oil conference and exhibition in Stavanger, which runs from 27-30 August.

The licensees for the Alvheim field in the North Sea have been willing to take risks in order to find and produce more oil in the area. Implementing newly developed technology, sharing data and being able to view the area as a whole have helped to more than double its recoverable reserves.

Operator Aker BP (with a 65 per cent interest), Conoco Phillips (20 per cent) and Lundin (15 per cent) have adopted newly developed technology early, made area assessments and shared experience and data. Yielding increased reserves, these approaches indicate a well-integrated work culture across disciplines in the three companies.

Alvheim came on stream in 2008. Extensive data acquisition has led to continuous identification, maturation and drilling of new well targets from the start.  An exploration programme in the vicinity of the field has also resulted in discoveries and the development of a number of new finds.

In addition, discoveries outside the field area have been tied back to Alvheim, including Vilje, Volund, Bøyla and Skogul. That has helped to more than double reserves in the Alvheim area from the amount specified in 2004 by the approved plan for development and operation (PDO) of Alvheim.

Drilling of pilot boreholes and multilateral wells, extensive use of oil and water tracers, four-dimensional seismic surveying, and downhole inflow control devices (ICDs) and autonomous ICDs (AICDs) are among the technologies which have made it possible to optimise output from Alvheim and from all the tie-ins to other reservoirs, which largely comprise relatively thin oil columns.

A cross-flow water injection well and gas injection with the aid of the gas lift system are other examples of inventive IOR measures implemented. Polymers have been injected in one well on the field to reduce water production. Experience from this operation has led to a research project as preparation for possible further use of the method. 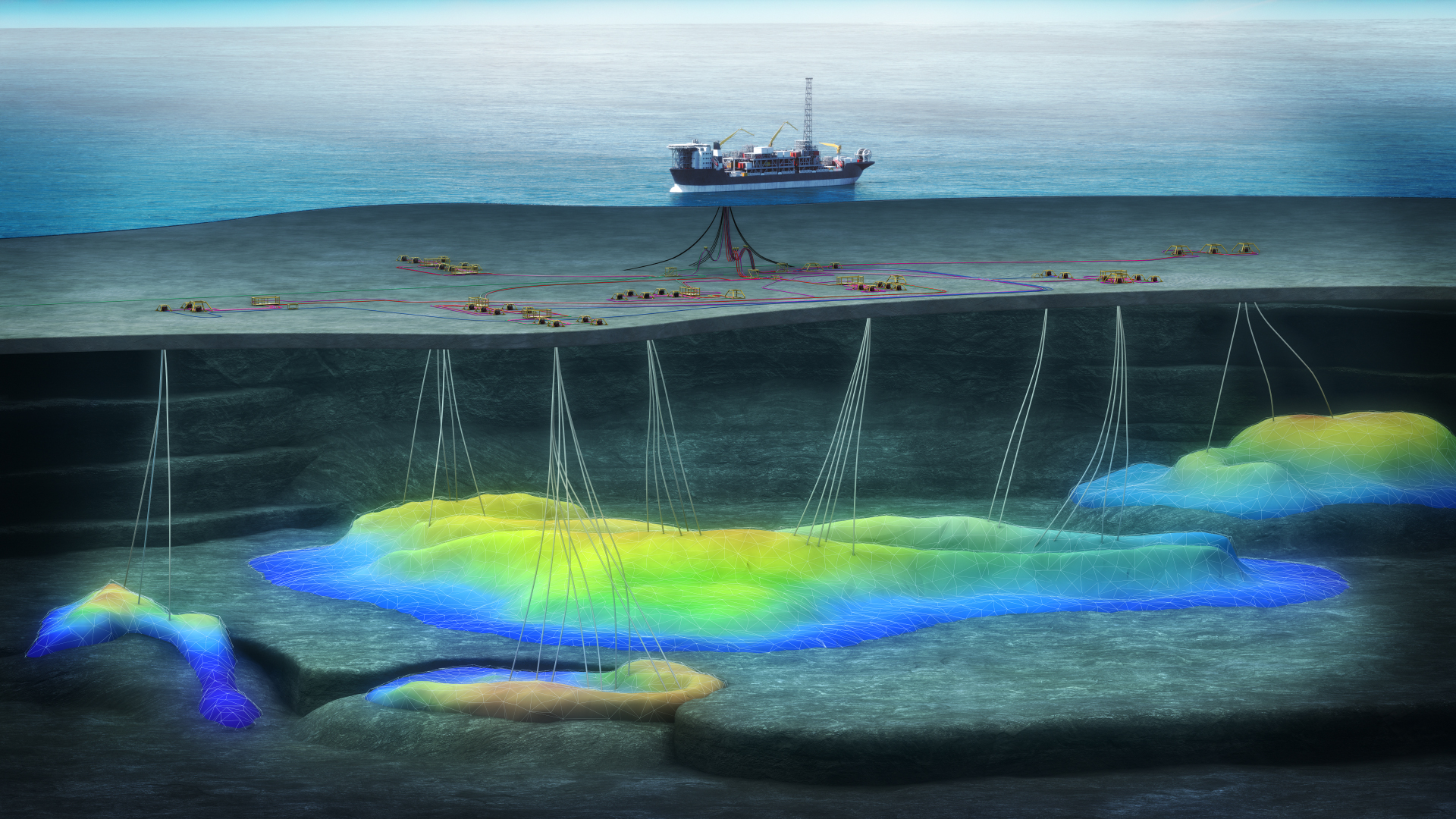 The licensees for the Alvheim field in the North Sea have implemented newly developed technology, sharing data and being able to view the area as a whole have helped to more than double its recoverable reserves. (Illustration: Aker BP)

Technology company Resman has developed a method for wireless monitoring of oil reservoirs which provides the operator with continuous information from different formations and wells. That in turn provides better reservoir management, and leads to improved oil and gas recovery from the field.

This method has been adopted by more than 30 oil companies worldwide in more than 400 production wells. It is cheap and accurate compared with traditional production logging.

A key element is the use of unique chemical tracer molecules to identify which strata and formations the well is producing from. The method also provides information on structures and oil saturation in the reservoir.

The tracers are baked into a special plastic matrix and placed in slots built into the completion tubing installed in production wells. These plastic rods contain two types of molecular tracer, which are released on contact with oil or water respectively.

Sensors are installed in various well zones, and the tracers flow up to the platform where samples are taken for laboratory analysis. That allows the operator to see when water breakthrough is occurring and to form a picture of the quantities of different fluids flowing from the various zones.

This advanced method has been used in a number of wells, including on the Alvheim and Ekofisk fields operated in the North Sea by Aker BP and ConocoPhillips respectively, and on the Åsgard field operated in the Norwegian Sea by Equinor.

Resman also intends to continue developing the technology for use in exploration drilling – particularly in wells where it is important to know that rocks from reservoir to surface are tight. In such cases, the method can be used in casing to check whether hydraulic communication exists from the sub-surface strata up to the surface.

Resman was established in 2005 on the basis of technology developed by Sintef and the Norwegian Institute for Energy Technology. The company is owned by Nordic Capitol who replaced Sintef Venture, IFE Venture and Statoil (Equinor) Technology Invest. (updated 5 June) 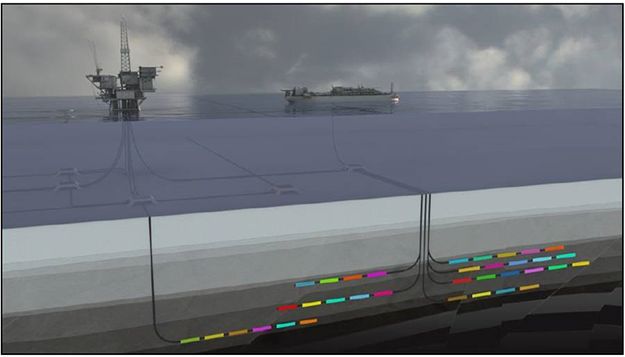 Technology company Resman has developed a method for wireless monitoring of oil reservoirs that provides better reservoir management, and leads to improved oil and gas recovery from the field.Illustrationn: (Illustration: Klipp og Lim Media AS)

Many reservoir engineers have a relationship with professor emeritus Svein Magne Skjæveland at the University of Stavanger (UiS). Through his research and expertise development in the petroleum sector since the 1970s, he has contributed in his own way to improving oil recovery.

Skjæveland has been involved in teaching, research, management and organisation, and led petroleum activities for many years at the Rogaland Regional College – predecessor of the UiS – and Rogaland Research (RR, now Iris). He developed the first MSc programme for petroleum technology in Stavanger, and later contributed to establishing Stavanger University College’s PhD programme in the same subject.

In addition to serving as rector of the university college, Skjæveland has held a number of other administrative positions in academia and played a key role in the conversion of the college into the UiS in 2005. In collaboration with professor Jon Kleppe at the Norwegian University of Science and Technology (NTNU), he helped to develop a joint international MSc programme with admission based on national BSc courses.

Skjæveland played a key role in planning and implementing the Spor (1985-1991) and Ruth (1992-1995) research programmes and in developing the National IOR Centre of Norway and its Corec predecessor.

Skjæveland is an able teacher and lecturer, and has made a strong contribution to developing both reservoir engineers and researchers. He has also published a number of articles in the fields of physics, reservoir technology and multiphase flow in porous media.

A number of prizes and honours have been presented to him for his work, including Oil Man of the Year from the Society of Petroleum Engineers. And the Skjæveland Prize is awarded annually by the National IOR Centre to the best PhD student.

Professor Svein Magne Skjæveland has through his research and expertise development in the petroleum sector since the 1970s, contributed in his own way to improving oil recovery. (Photo: Asbjørn Jensen)

17/06/2022 Sølvberg has today, Friday 17 June, resigned from her position as Director General for the Norwegian Petroleum Directorate.