04/02/2019 The Norwegian Petroleum Directorate (NPD) has granted consent for continuation of production on Norne FPSO with associated facilities for the Norne, Urd and Skuld fields in the Norwegian Sea.

In its application for extension, operator Equinor has described an improved drainage strategy for the Norne field and the nearby Urd and Skuld fields.

The Norne, Urd, Skuld, Alve and Marulk fields are tied in to the Norne ship. The authorities approved an amended Plan for Development and Operation (PDO) which includes several nearby deposits around Norne and Urd in 2008.

Analyses from the operator show that the resource base in the Norne area may contain enough to produce until the end of 2035.

The NPD expects that continued work on these will ensure satisfactory recovery of the remaining oil and gas resources.

The Norne field is developed with seven well templates connected to a production and storage vessel (FPSO).

The oil is produced with water injection as drive mechanism. Gas injection stopped in 2005, and all gas is exported.

The oil is exported with tankers. Since 2001, the gas has been exported in a dedicated pipeline to the Åsgard field in the Norwegian Sea, and onward via the Åsgard transport system to the Kårstø terminal in Rogaland. 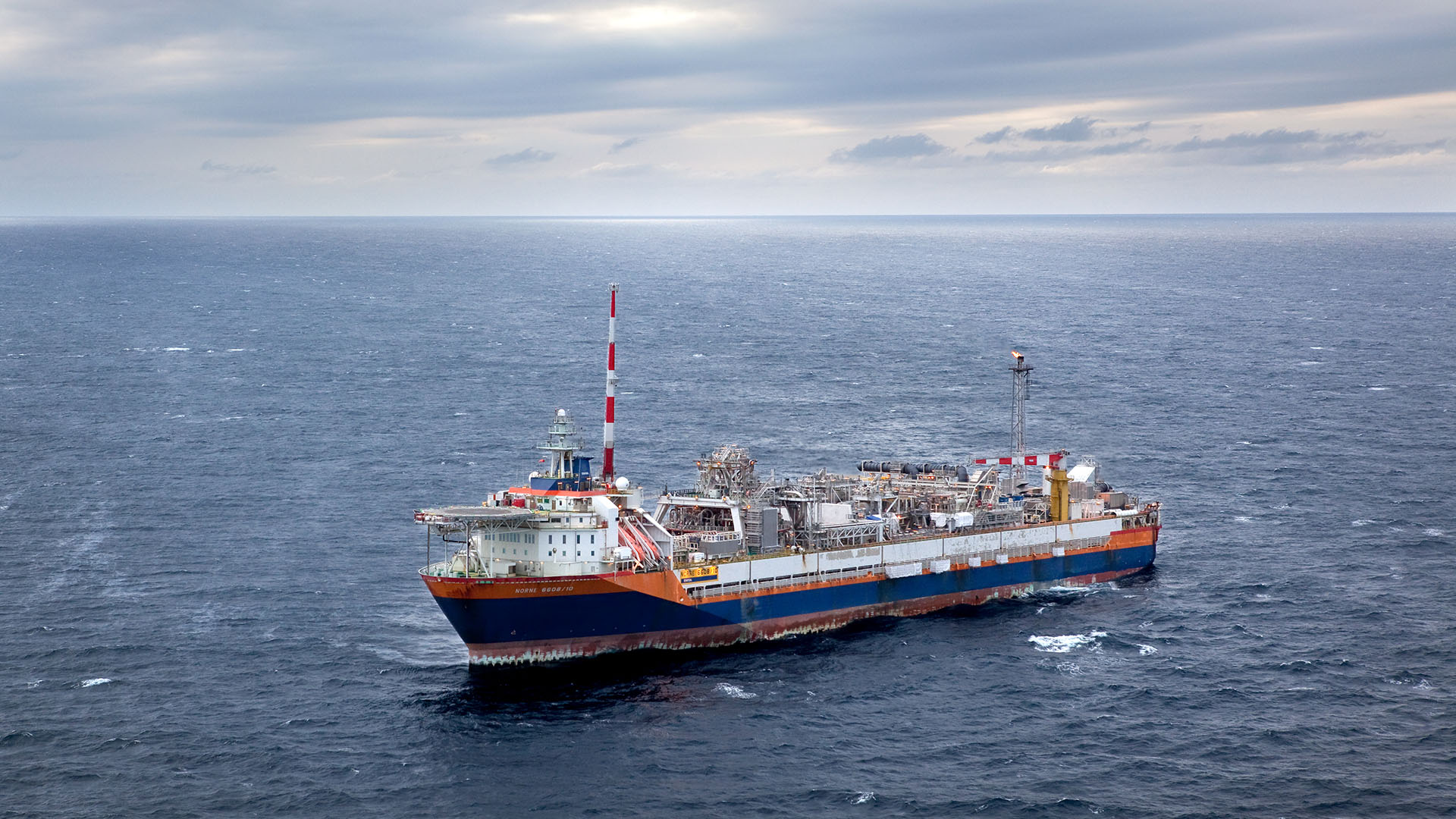 The Norne field in the Norwegian Sea was proven in 1992 and production started in 1997. Consent has now been granted to continue the production on the Norne production and storage vessel.
(Photo: Equinor).