16/08/2019 For the next month, colleague Jan Stenløkk will trade his office in Stavanger for the vessel "M/V Seabed Constructor" in the Norwegian Sea.

On this voyage, the geologist will continue the task of mapping seabed minerals for the Norwegian Petroleum Directorate on behalf of the Ministry of Petroleum and Energy – which is responsible for managing the minerals.

Important for the industry

- The voyage will go to the volcanic Mohns Ridge between Jan Mayen and Bjørnøya, a sea area that is still virtually unexplored. It’s exciting that the NPD has been given the task of exploring the geology and the deposits, as well as performing the mapping. We are now at the very beginning of work that could have a significant impact on Norwegian resources and industry in the future, says Stenløkk.

The minerals from last year’s voyage have proved to contain copper, zinc and cobalt, in particular. These industrial metals are highly sought-after by the industry and play an important role in the electrification of society.

The metals are also used in high-tech products such as mobile telephones and computers.

Read the analysis of the seabed minerals that the NPD conducted after last year’s voyage. 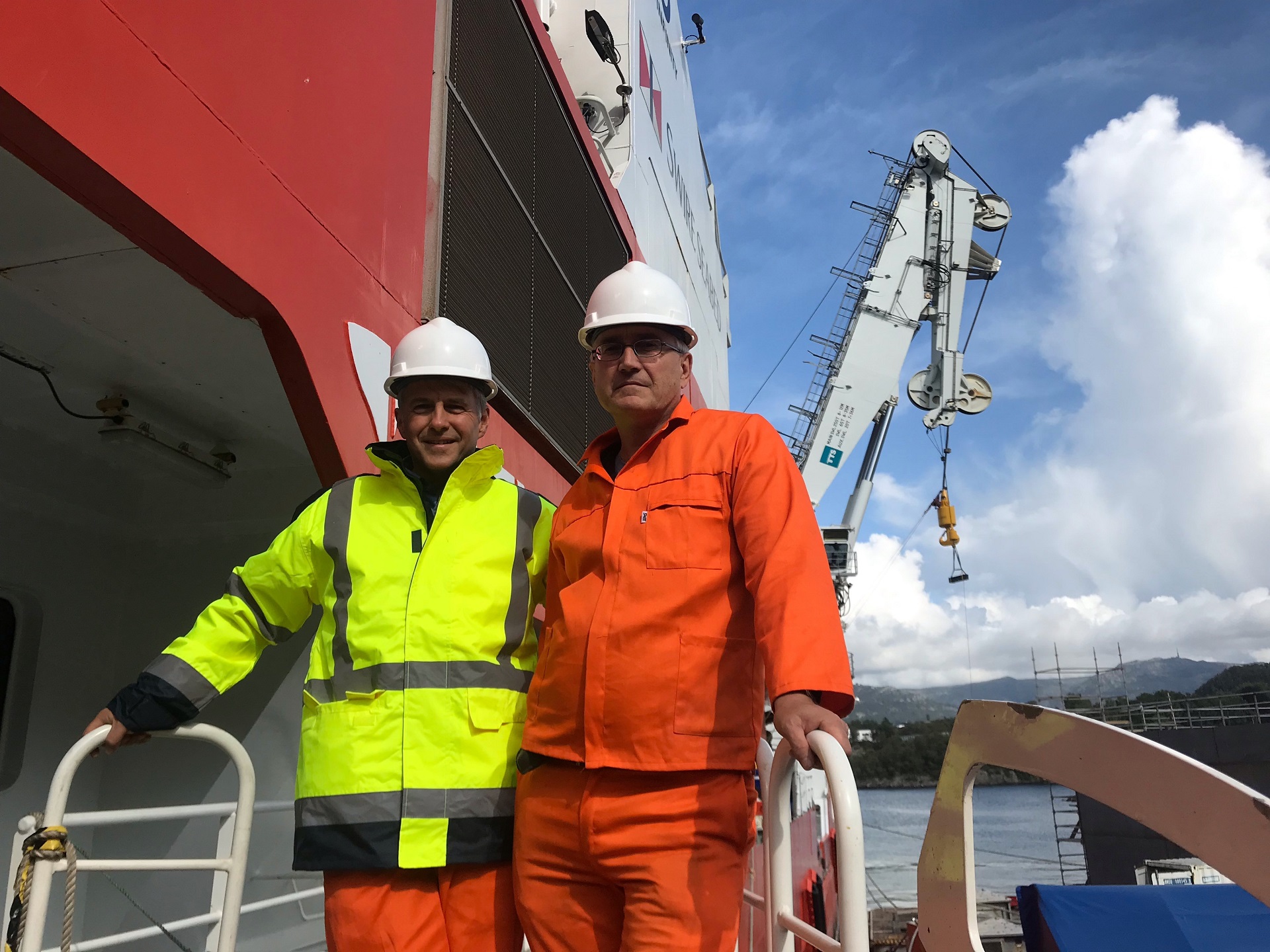 Jan Stenløkk (right) will participate in a voyage for the next four weeks with the vessel “M/V Seabed Constructor” from the company Ocean Infinity. Torgeir Stordal, exploration director in the NPD, also attends the departure. Photo: Stian Gilje.