The future is in the north

The numbers tell us that the opportunities on the Norwegian Shelf are still significant, and this provides a basis for oil and gas production for many decades to come.

Two fields are currently producing in the Barents Sea, Snøhvit and Goliat. Goliat was proven in 2000, and production started 16 years later. The oil from Goliat is transported from the field by boat.

At that time, the Snøhvit gas field (proven in 1981) was already in operation. The gas from Snøhvit is routed by pipeline to Melkøya outside Hammerfest, where it is cooled into liquid form (LNG, liquefied natural gas).

”We hope that the report can contribute in a knowledge-based approach to the debate,” said director general Bente Nyland when she presented the report at the Barents Sea Conference 2019.

Equinor and partners Petoro, Total, Neptune and DEA are already planning for the future. The first thing that will happen is that the Askeladd deposit in the Snøhvit licence will commence production.

Goliat is the only producing oil field in the Barents Sea and is operated by Vår Energi.

Plans for the coming years:

In late 2018/early 2019 Vår Energi and its partners drilled appraisal well 7122/7-7 S on the Goliat field. It proved oil, and the companies are now looking at the possibility of producing oil from the Goliat facility.

Johan Castberg is up next

The next field development in the Barents Sea is Johan Castberg. 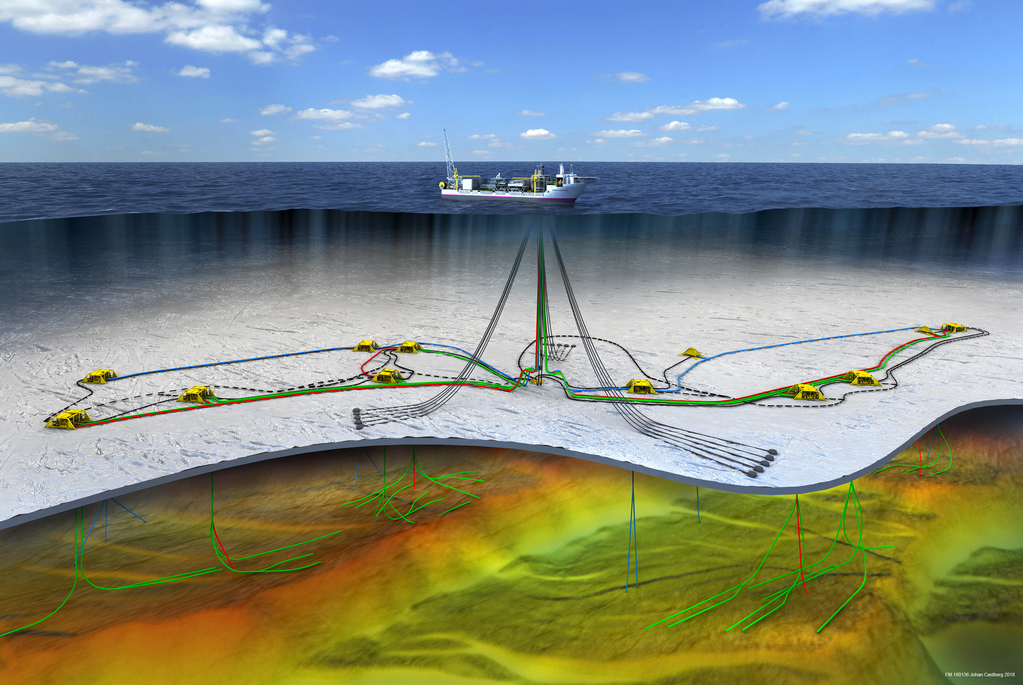 The Plan for Development and Operation (PDO) for the Johan Castberg oil field was approved in June 2018. According to the plan, the field will start producing in late 2022.

The development concept is a production and storage ship (FPSO) tied to subsea templates with 18 horizontal production wells and 12 injection wells. The oil will be loaded onto shuttle tankers that will transport it to the market.

Facts about oil and gas in the Barents Sea

06/01/2023 The Norwegian Petroleum Directorate (NPD) has awarded contracts to the companies Fugro and Enviros for mapping of the shallowest strata under the seabed.
Report
Resource reports
Map