The well has been drilled 17.5 kilometres southwest of Troll A in the northern part of the North Sea, about 100 kilometres west of Bergen.

The objective of the well was to investigate whether reservoir rocks in the Lower Jurassic are suitable for storage of carbon dioxide (CO2).

In the Cook and Johansen Formations, where there are currently plans to store CO2, a total of 173 metres of sandstone was encountered, with good to very good reservoir quality. Above  the sandstone reservoir, the well encountered 75 metres of sealing homogeneous shale in the Lower Drake Formation. Formation pressure data shows that the rocks over and under the sealed shale layer are not in communication.

Extensive volumes of data have been collected and samples have been taken. A production test has also been performed.

“It’s always exciting when an exploration well is drilled. That was also the case here, where we not only hoped to prove a water-filled reservoir, but a reservoir that would be well suited for injection and storage of CO2. The well absolutely seems to have done the job, and it is an important premise in the Norwegian full-scale project,” says Eva Halland, who coordinates the Norwegian Petroleum Directorate’s CO2 storage project.

The data will now be analysed in greater detail, and the results will form part of the basis for an investment decision for the Norwegian full-scale project for capture, transport and storage of CO2.

This is the first wildcat well in exploitation licence 001, which was awarded on 11 January 2019.

Well 31/5-7 was drilled to a vertical depth of 2884 metres below sea level and was terminated in the Statfjord Group in the Lower Jurassic.

Water depth at the site is 307 metres. The well will now be temporarily plugged and abandoned.

Well 31/5-7 was drilled by the West Hercules drilling facility, which will now drill wildcat well 35/10-5 in production licence 827 S in the northern part of the North Sea, where Equinor Energy AS is the operator.

Read more about the well and the CCS project here 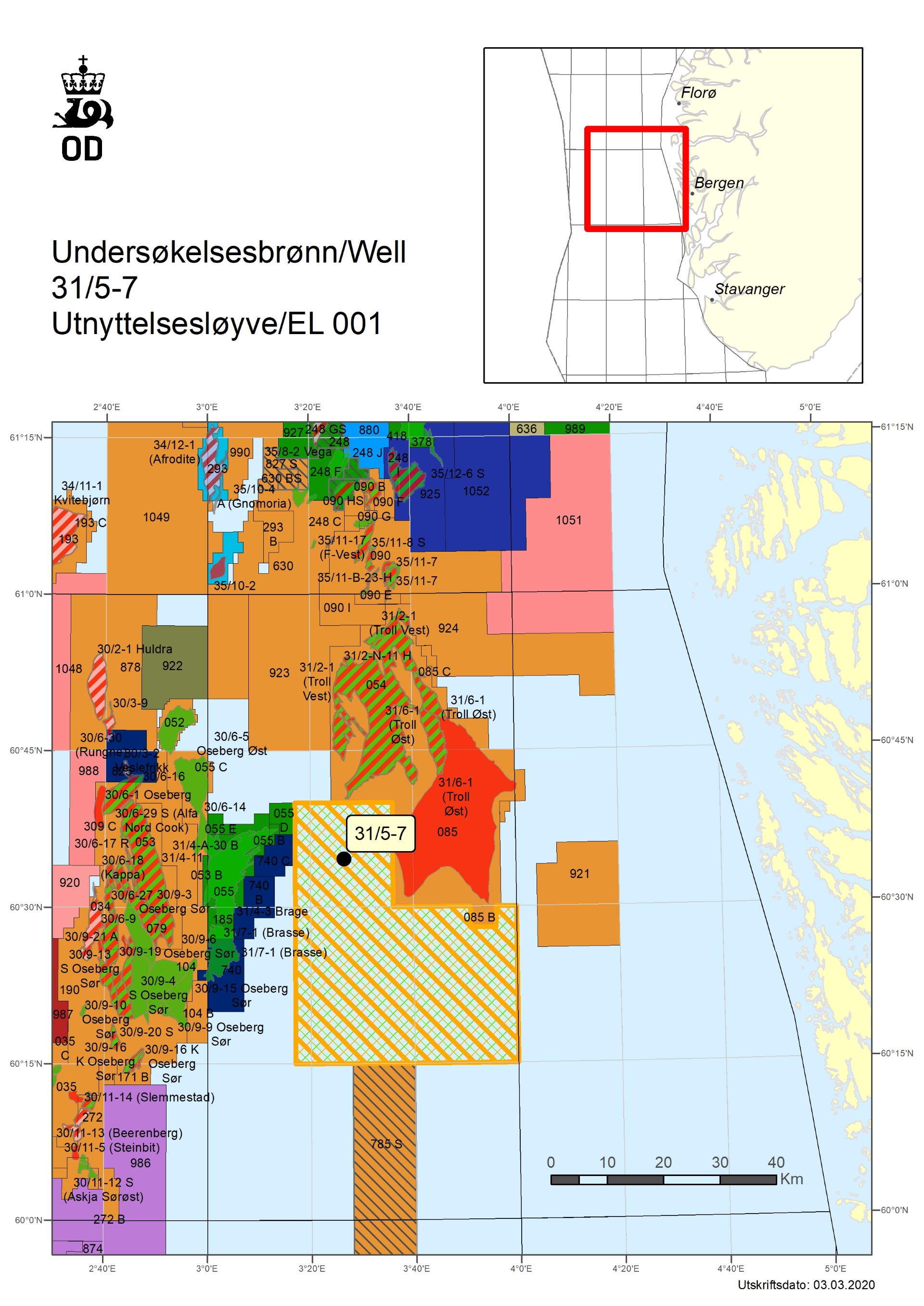