16/10/2020 Most projects are delivered within budget according to the NPD report “Project implementation on the Norwegian shelf”, presented earlier this year.

“Updated cost estimates in connection with the national budget show that these conclusions still hold true, even despite a period greatly impacted by the corona pandemic and where several of the projects have experienced cost increases compared with last year, says Niels Erik Hald, assistant director Development and operation.”

Cost estimates in the PDOs (plans for development and operation) have a range of uncertainty of +/-20 per cent. The report concludes that a majority of the projects are completed within this range of uncertainty. Project implementation in recent years has also been more effective than was the case in the period prior to 2013.

The cost figures in the NPD report are taken from Proposition to the Storting 1 S, which the Ministry of Petroleum and Energy prepares each year as part of the basis for the National Budget. Fifteen of the projects highlighted in the report have updated cost estimates for 2021.

The figure below shows the cost development in per cent, compared with the year in which the authorities approved the PDO/PIO. The figure has been updated to reflect this year’s reported numbers, and also illustrates developments since last year. Development projects with PDOs approved in 2019 and 2020 are not included. These projects all currently have investment estimates that fall well within the range of uncertainty. 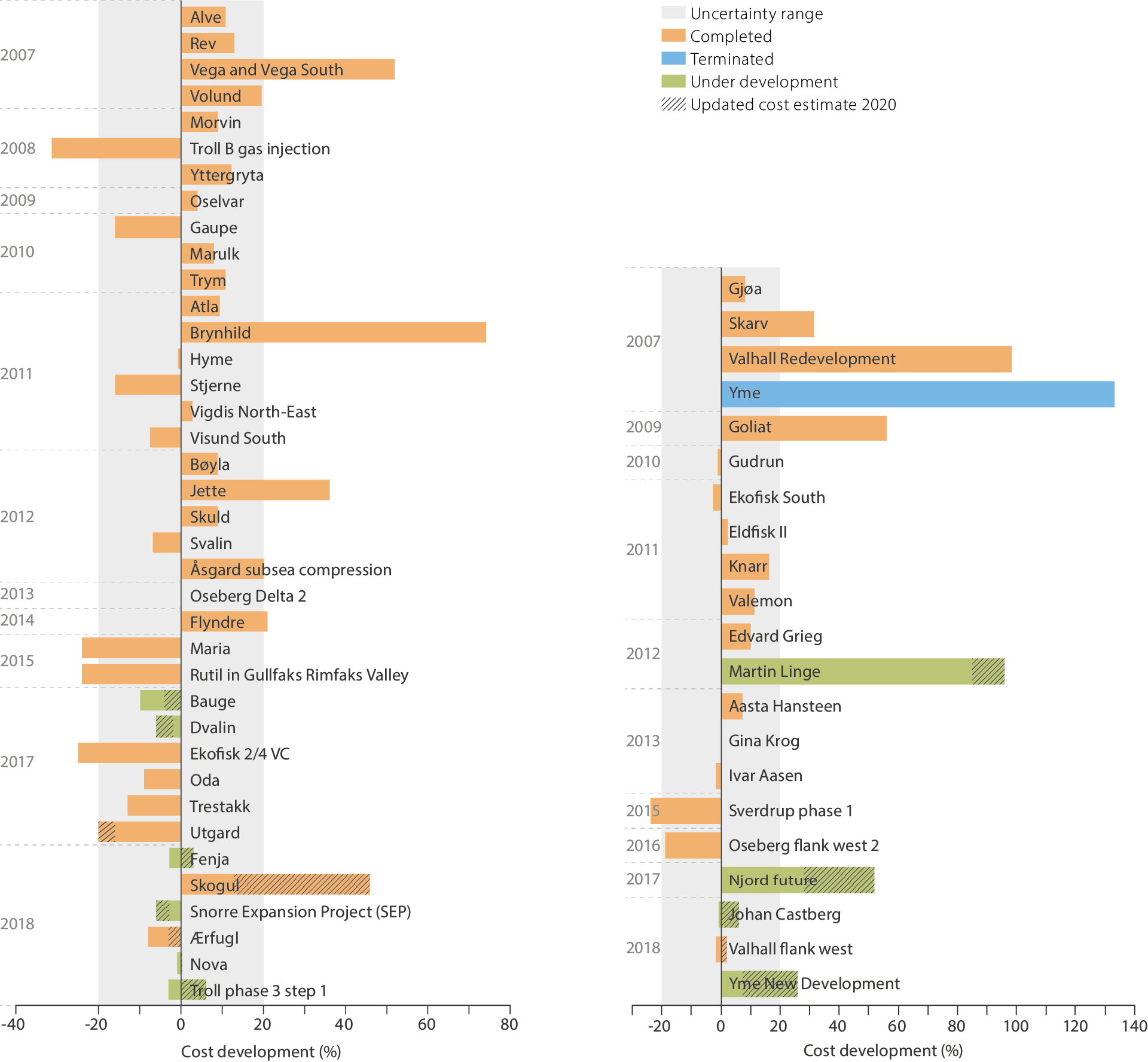 The above figures are taken from the NPD’s report “Project implementation on the Norwegian Shelf” and show cost development in per cent compared with the PDO estimate for projects developed with fixed or floating installations (right) and subsea developments (left). The projects are grouped according to PDO approval year and the colour of the bar shows whether the project has started production (orange) or is still under development (green). One project (Yme, blue bar) was concluded without completing the project. The figure also shows the change in cost development from last year’s fiscal budget to this year’s budget. Example: Bauge is a subsea field where the operator estimated last year that the project would be 10 per cent cheaper than the PDO estimate. This year’s cost estimate is 4 per cent lower than the PDO.

Impacted by the pandemic

The development projects on the Norwegian Shelf have been impacted by the corona pandemic. Staffing on the installations was reduced in order to comply with infection control rules and potential corona infection on board. Production and safe operations were prioritised, and there were fewer people available to carry out modifications on the projects.

One person became infected on the Martin Linge platform in March. The activity on the platform was halted and staffing was significantly reduced.

Many shipyards and construction sites in Norway are based on the use of foreign labour, in addition to the Norwegian staff. Activities were reduced immediately as the yards were forced to send foreign workers home to prevent contagion.

The global supplier industry has also been affected, with some factories being forced to shut down operations entirely. This has resulted in delays in equipment deliveries to several projects in Norway.

There is significant uncertainty surrounding the cost estimates, as a consequence of the pandemic. Potential new outbreaks and infection control measures, both global and national, constitute an uncertainty factor for projects, also in the time ahead.

See Proposition to the Storting 1 S The National Budget 2021 (Norwegian only) for more details.

Better follow-up of projects in the planning phase

The Norwegian framework for petroleum activities establishes a clear division of roles and responsibilities between the authorities and the industry. The authorities regulate the sector by setting a framework, within which the companies operate. The players in the industry are responsible for the operational activity, such as planning and developing the projects.

“This work gives the authorities knowledge and experience that is beneficial when we follow up the planned projects. We also shared this in the project report”.

The partners in a licensee group are also responsible for contributing to ensure that the development is implemented in accordance with the approved development plan. Therefore, the NPD has also held meetings this year with selected partners, in addition to the operators. These meetings help the NPD follow up how the companies are exercising this role.

“All experience shows the importance of good planning before a project decision is made,” says Hald.

Several operators emphasise that, in many cases, the challenges they face in the projects may be due to deficient work in early phases. Therefore, for projects currently being planned, it is important to allow sufficient time to mature the early-phase work, and avoid implementing projects according to a rigid plan.

Another element highlighted by many is that, when installations are to be modified, it is extremely important to have a thorough review of the status and condition of the facility. This may be perceived as time-consuming and resource-intensive in an early phase of the project, but experience indicates that this will streamline further implementation. Making assumptions can easily lead to changes and/or increases in the scope of work.

Some projects have noted that they have underestimated the complexity of a new design. This can result in delays and a need for extra resources for both supplier and operator, compared with a familiar solution where experience is available. For this reason, it is important to incorporate sufficient leeway in the plan, when one must rely on developing and qualifying new solutions. 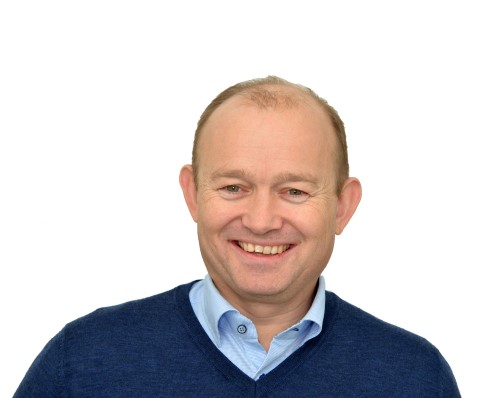 Evaluation of executed projects on the Norwegian continental shelf

Evaluation of executed projects on the Norwegian continental shelf